40% of COVID-19 deaths in Missouri were in last 2 months, 22 new deaths reported by task force

The death toll grew by 263 on Tuesday, largely because a weekly review of death certificates from around the state found 250 that had not been previously reported 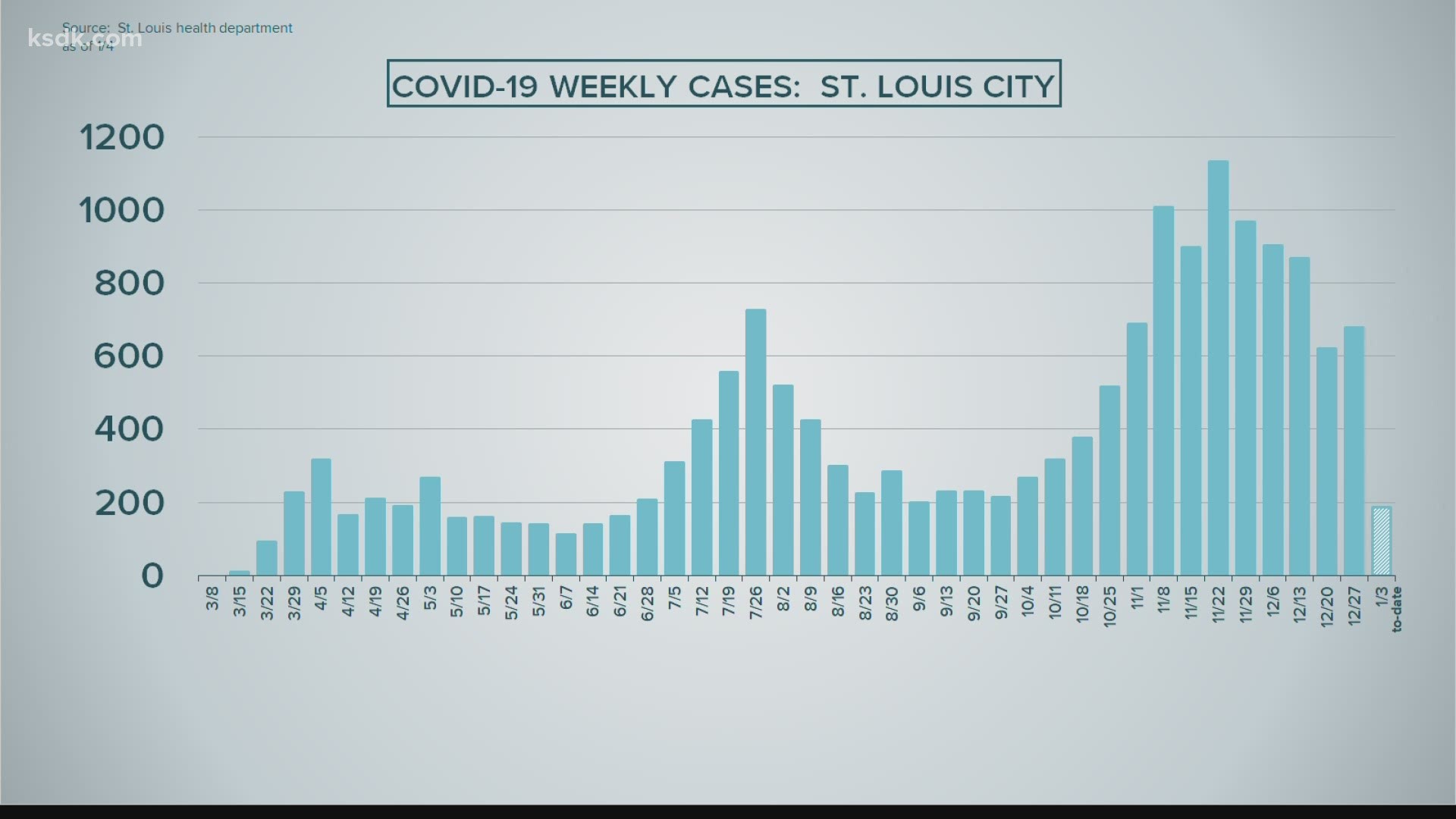 ST. LOUIS — Two-fifths of all of Missouri’s COVID-19 deaths were reported in the last two months of 2020, according to the state health department.

Data on the department’s COVID-19 dashboard shows that 2,369 deaths were reported in November and December. That’s about 41% of the 5,825 deaths attributed to the virus since March.

The death toll grew by 263 on Tuesday, largely because a weekly review of death certificates from around the state found 250 connected to the virus that had not been previously reported. Missouri Department of Health and Senior Services spokeswoman Lisa Cox said the review by the Bureau of Vital Records found one additional coronavirus death from August, two from October, 54 from November and 193 from December. The other 13 were from January.

The state also cited 2,632 new confirmed cases, bringing the total to 405,589 since the onset of the pandemic. Coronavirus hospitalizations remain at concerning levels. The St. Louis Metropolitan Pandemic Task Force said the region’s hospitals are at 85% capacity, and intensive care units are at 87% capacity.

With the rollout of vaccines slower than expected, a Missouri lawmaker has filed legislation that would allow dentists to administer coronavirus vaccines.

Other states also are considering measures to allow dentists to volunteer to give vaccines during emergencies. The Missouri bill was filed Monday by Republican state Rep. Danny Busick of Newtown.

Missouri has taken other steps to broaden the pool of those who can give vaccinations. In December, Republican Gov. Mike Parson’s administration issued an emergency rule allowing pharmacy technicians to administer vaccinations under supervision of licensed pharmacists.

In Kansas City, doctors are urging Black residents to get vaccinated. The Kansas City Star reported that the Black Health Care Coalition is trying to counter decades-long mistrust and fear among communities of color.

“I cannot stress enough the level of death and destruction that this virus has caused and this vaccine represents a light at the end of the tunnel,” said Leslie Fields, an internal medicine specialist and chair of the Greater Kansas City Medical Association. ”We really need to take this as a blessing, because it surely is one.”

According to the state's dashboard, the seven-day positivity rate decreased Tuesday, from 19.6% to 19.4%.

On Tuesday, the St. Louis Metropolitan Pandemic Task Force reported 22 new COVID-19 deaths Tuesday. Over the last week, the task force has reported an average of 19 deaths per day.

The following data are the combined figures from the four major health systems (BJC HealthCare, Mercy, SSM Health, St. Luke’s Hospital) that are part of the task force, for January 5.

The state's seven-day positivity average decreased from 8.6% to 8.5%.

In the Metro East, the seven-day average positivity rate decreased from 13.2% to 13%.