Hospitalizations have remained consistent, with the 7-day average staying between 219 and 240 for the last three weeks 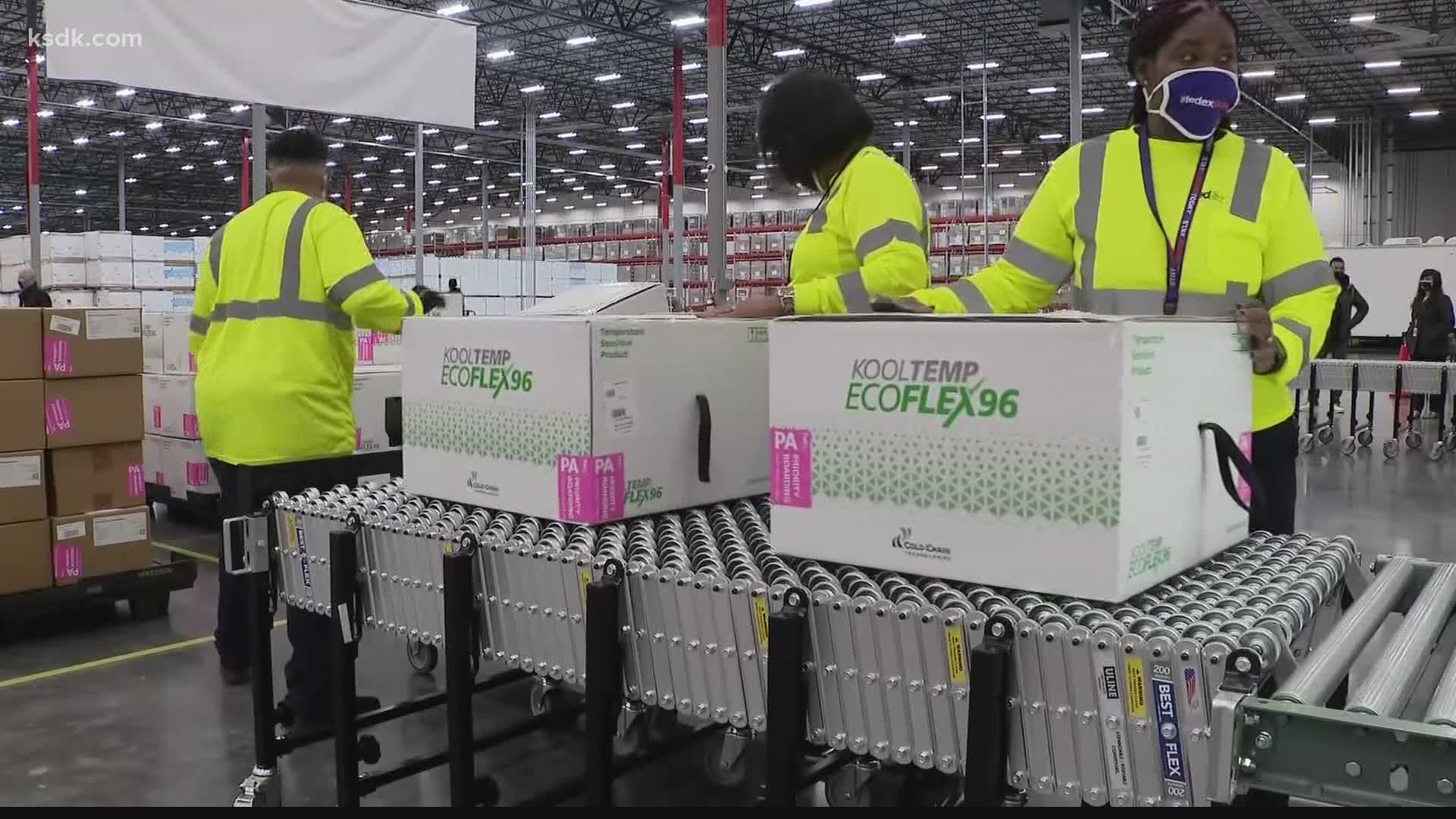 ST. LOUIS — COVID-19 hospitalizations have remained consistent in the last few weeks, but vaccines are changing who is ending up in the hospital, the leader of the St. Louis Metropolitan Pandemic Task Force said Wednesday.

Hospitalizations have remained consistent, with the 7-day average staying between 219 and 240 for the last three weeks. While the totals have remained consistent, Dr. Alex Garza said St. Louis area hospitals have seen a trend that is mirrored throughout the rest of the state: fewer people over the age of 60 going to the hospital because of COVID-19.

During Wednesday's briefing, Dr. Garza showed a graph that showed the effects of the vaccine on the hospitalized population. People over the age of 60 have received three times as many vaccines as people between the ages of 18 and 60. The percentage of total hospitalizations for people over the age of 60 is down 15% since vaccinations started. In that same time, hospitalizations for people between 18 and 60 is up 32%.

"This is really just to show the effects that vaccines do have on protecting the public and protecting the elderly from hospital admissions, from the ICU and ultimately from death, which is the outcomes that we're always concerned about," he said.

Dr. Garza said they were still looking into the exact numbers for the St. Louis area, but the task force believes a similar result is playing out in task force hospitals.

Dr. Garza said the St. Louis area could reach 75% of first-dose vaccinations among people over the age of 18 needed for herd immunity by June 20. The estimation was based on the rate of 77,000 doses administered per week from March 14.

Dr. Garza said an increase in supply, like the vaccines that will be administered by the FEMA vaccination events at The Dome, could speed up that timeline. He also said things like delivery delays and vaccine hesitancy could slow that timeline.

Dr. Garza said he has been encouraged by the recent progress on the vaccine rollout. He said the hospital systems are having to work a little harder to fill vaccine appointments, whereas before, appointments were filling up in minutes.

"We're in a good spot right now," he said. "I showed you from the data we think we can get to that 75% mark around the June timeframe. It will most likely be sooner than that just because more will be available, but still, it depends on a lot of things going right."

The percentage of ICU beds occupied by COVID-19 patients was below 10% Wednesday, a first since October.

While hospitalizations have remained consistent, case rates in the area have started trending up slightly.

The following data are the combined figures from the four major health systems (BJC HealthCare, Mercy, SSM Health, St. Luke’s Hospital) that are part of the task force, for March 31.