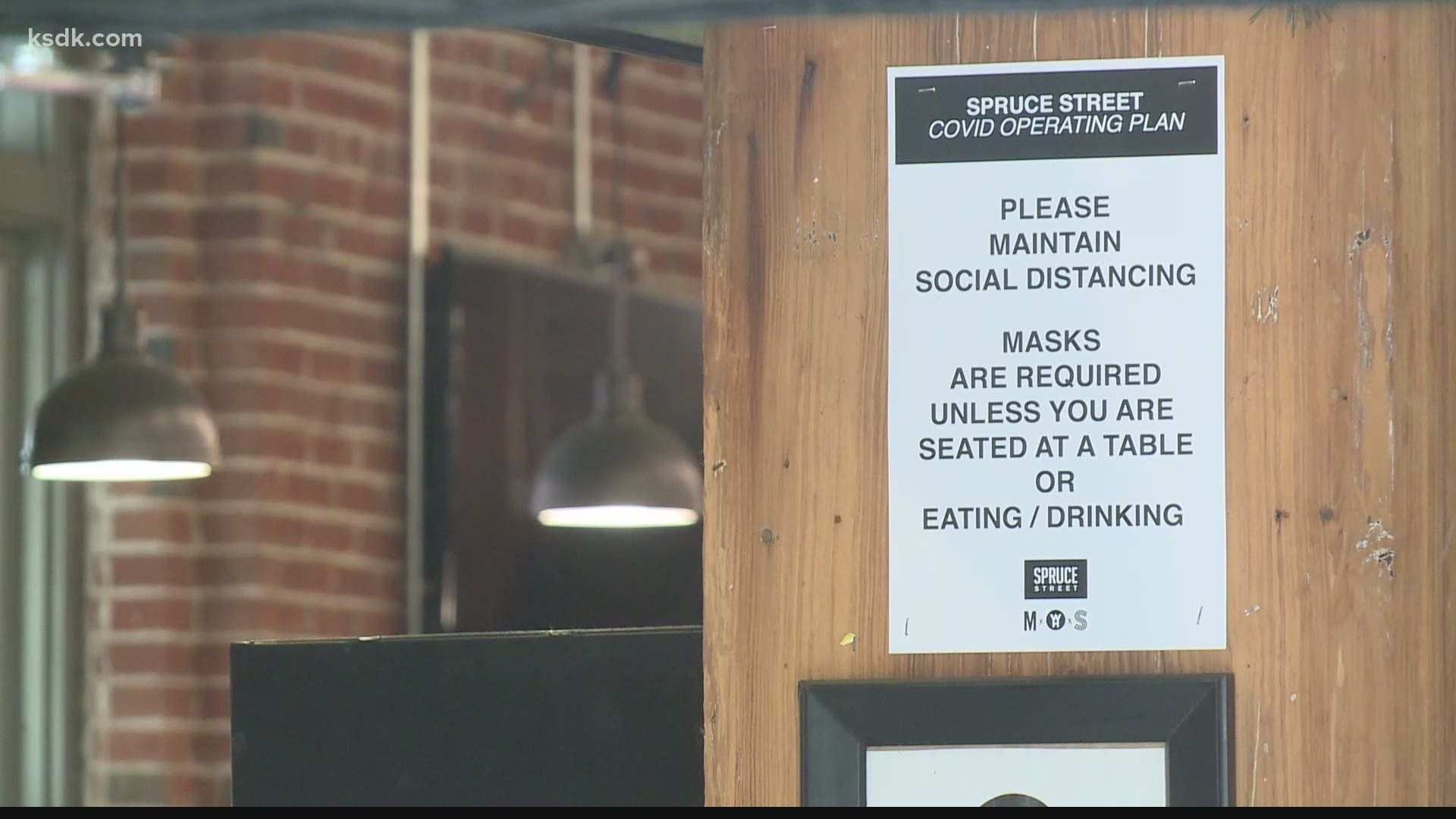 The St. Louis Department of Health reported Monday the seven-day rolling average increased from 20 on March 25 to 28 on April 28. The positivity rate also increased from 4% to 5.1% over the same period.

“We have enjoyed for the last two months a real downturn in the number of cases, and in the last couple of weeks it has plateaued," Mayor Lyda Krewson said during a Monday afternoon COVID-19 briefing. "Now, we’re beginning to see an uptick. That worries us."

The increase comes despite advances in vaccine rollout and increasing comfort returning to crowded spaces.

As Cardinals fans flock to Busch Stadium, everyone's fighting for their attention and their money. But one place that's not seeing as much profit as they'd like: nearby Wheelhouse, a bar restricted to 50% occupancy.

Savage has been vocal about his opposition to restaurant restrictions, recently testifying in Jefferson City in favor of legislation that would set limits on local government's ability to enact health restrictions during a pandemic. So when the county announced loosening restrictions — but the city held firm — he wasn't surprised.

"I hate to say it, but 'This is the new normal' is us being let down by the city and their response to supporting small local businesses and businesses in general," Savage said.

City health director Dr. Fredrick Echols says he's not comfortable with rolling back restrictions as case counts rise, an increase he suspects could be the result of spring break travel and Easter gatherings.

As the fans continue to roll past Wheelhouse, Savage says he knows his crowds will be back when they're open at full capacity.