Kevin Anderson, 61, spent 37 days in the ICU and nearly died from COVID-19 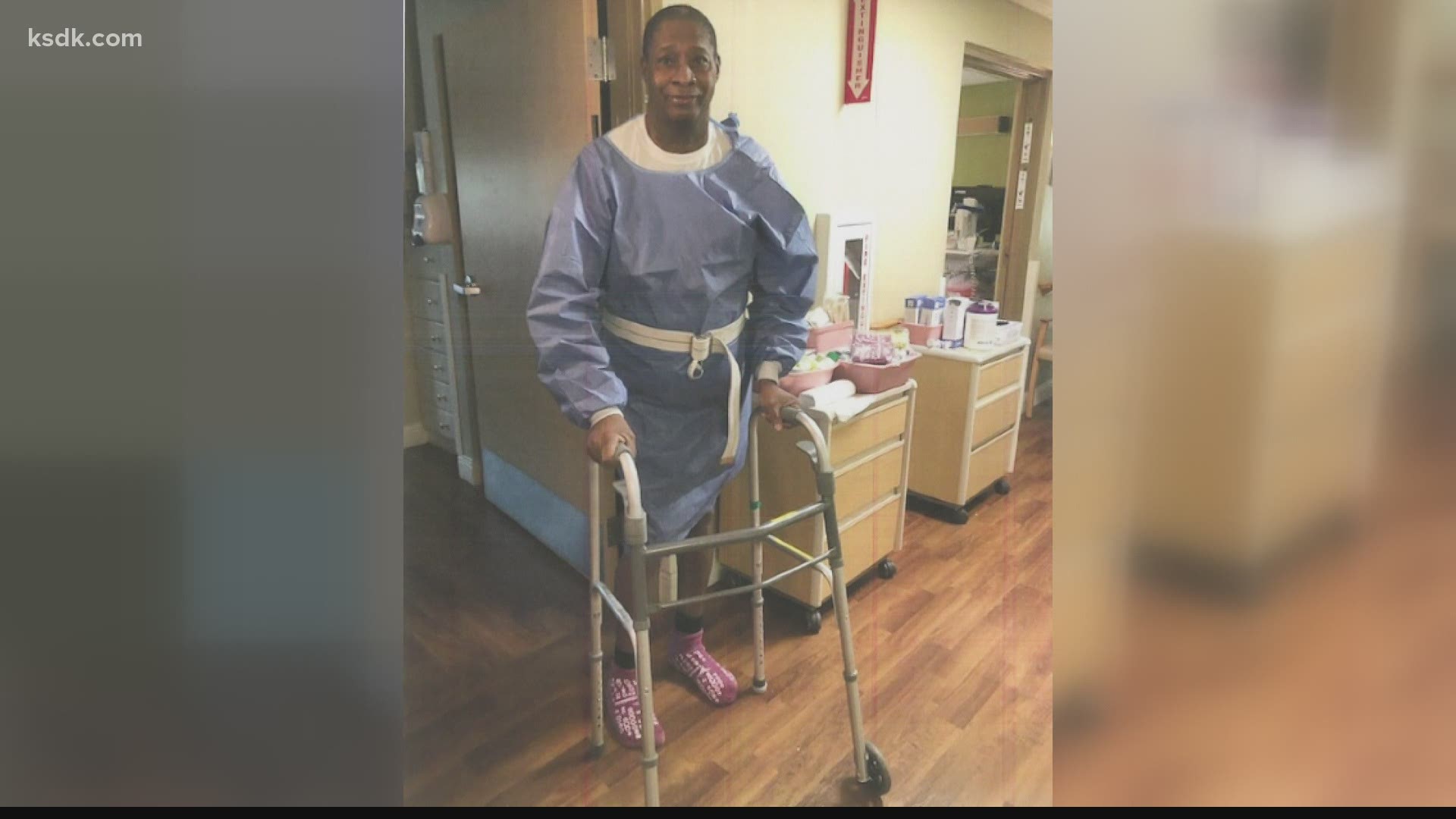 FAIRVIEW HEIGHTS, Ill. — Nine months after nearly losing his life to COVID-19, Kevin Anderson is still fighting the lingering effects of the virus.

He has nerve damage in both of his hands and exhaustion like he's never felt. Still, with the little energy he has, Anderson now volunteers in his community to make sure people have the information and resources they need.

5 On Your Side first spoke to 61-year-old Anderson back in May, just weeks after he was released from the hospital.

“I'm just going through a lot. I stress out a lot because I was scared of dying at nighttime,” he explained.

Anderson spent more than a month at Memorial Hospital Belleville in a medically induced coma. He was intubated for days and blood clots formed in his legs.

“This is serious, but you’ve got to be humble, because this COVID, it's not going away,” he said through tears.

The last year has been excruciating for Anderson and his family. He had to take leave from his job, and it’s taken a toll.

“I take eight pills a day. It hurts to want to work and this virus. It took the life, it sucked the life out of me,” he explained.

Anderson now fights through exhaustion every day to give back to his community.

He volunteers as an ambassador for Illinois, speaking at conferences and joining countless zoom calls to share his story. He also goes into underserved communities to hand out masks and educational flyers.

“A lot of black people come to me and listen to me. You know, they don’t want what happened to me to happen to them. But we’ve got to find a way to get to them. The only way to do that is to down to neighborhoods and knock on doors and talk to people,” he said.

Anderson said trust and access to healthcare is another issue in the black community.

“They’ve got to have accessibility to the vaccine. Until the testing is there and people can get to where the vaccine is being given, we’re just going to circle back to where we were before, it’s a cycle,” Anderson said.

As hard as it is to get up and get going these days, he feels like he got a second chance at life and he's not taking it for granted.

“I'm like an 82-year-old man with aching joints and pain, but you know what, to live is one of the best things in the world. People can call me 24/7 if it means saving lives,” said Anderson.

The road to recovery has been anything but easy for Anderson. He has diabetes and high blood pressure. Just a few months ago, he developed a COVID toe.
When he went in for his procedure on Tuesday, he was turned away because he was dropped from his insurance.

The family has started a GoFundMe page to help pay for Anderson’s mounting medical expenses. You can help by clicking here.

Anderson also invites anyone to give him a call to ask questions about his experience. His cell number is (618) 558-4820.