"We just need to do the right thing,” said Zwiener. “We need to step up, and take small sacrifices now, so it's not bigger sacrifices later" 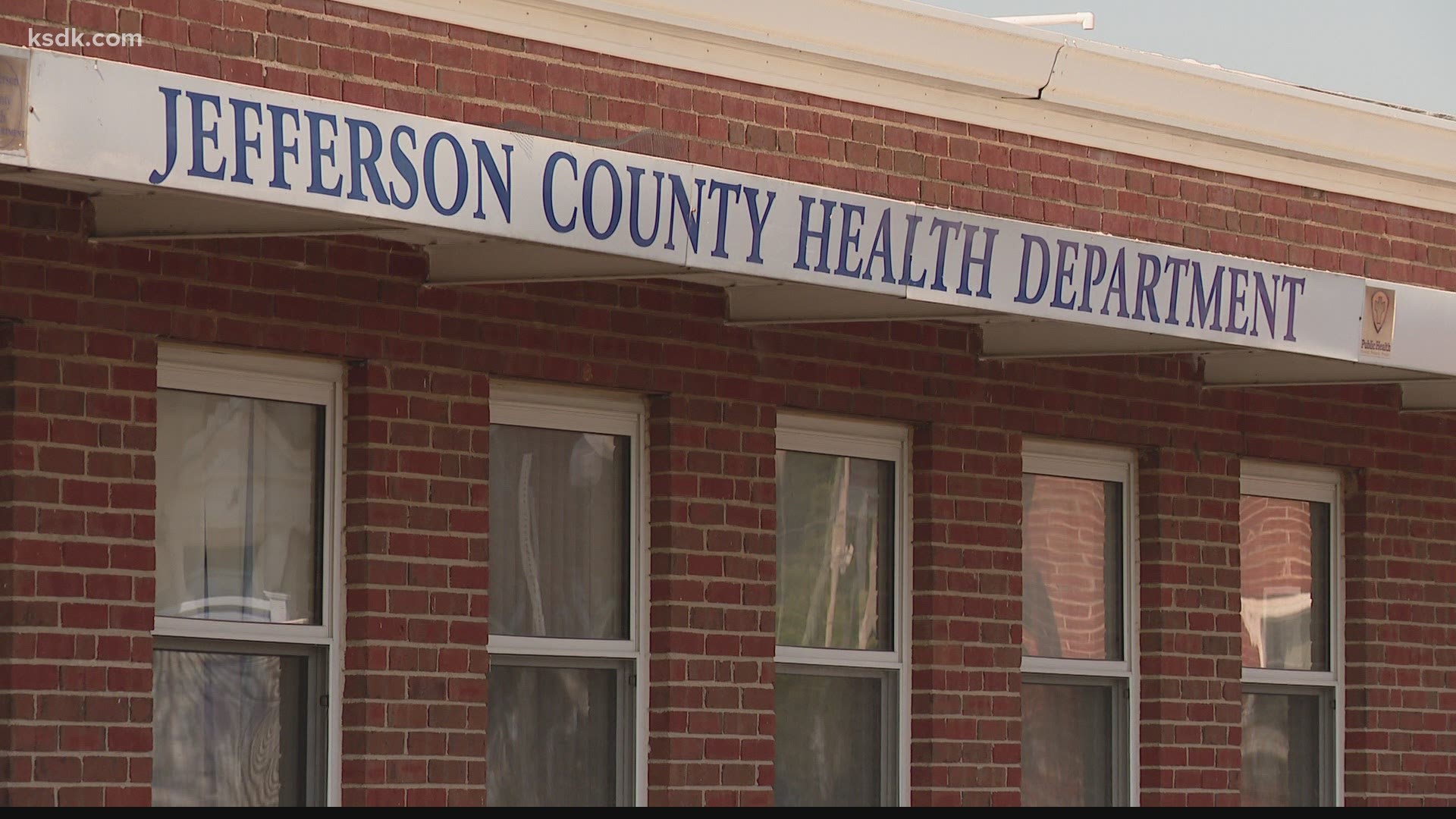 HILLSBORO, Mo. — As St. Louis County and City start another mask mandate their neighbors to the south in Jefferson County are still trying to justify it.

"I agree with what they're trying to do but I don't enjoy wearing one,” said Nathan Nappier.

"We have to stop this thing and that's one of the only way to stop it is masks and injections,” said Joyce Vandermeulen.

Jefferson County had a mask mandate from the end of November until the end of March, and according to the Health Department, it worked.

With positivity rates continuing to rise we wanted to know if they're considering another mask mandate.

"As far as a mask mandate or mask order no, there's no talk of that,” said Jefferson Co. Health Dept. spokeswoman Brianne Zwiener.  “We do agree that people should be wearing masks. We encourage folks to follow the CDC guidance for a mask especially if you're not vaccinated."

According to Zwiener, roughly 30% of people in the county are fully vaccinated, but they’re seeing fewer than 50 people per week who want the shot.

"We are concerned that our vaccination rate isn't high, especially with an increase in cases,” said Zwiener.

That’s why Zwiener is asking people to take steps to protect themselves and stop the spread.

"It's all about the different layers of prevention: vaccination, masks, handwashing, physical distancing, and staying home if you're sick,” said Zwiener. “The more of those we can put into place the better chance we have."

"We just need to do the right thing,” said Zwiener.  “We need to step up, and take small sacrifices now, so it's not bigger sacrifices later."

For a look at the latest COVID metrics in Jefferson County click here.