The governor is not displaying symptoms, his office said 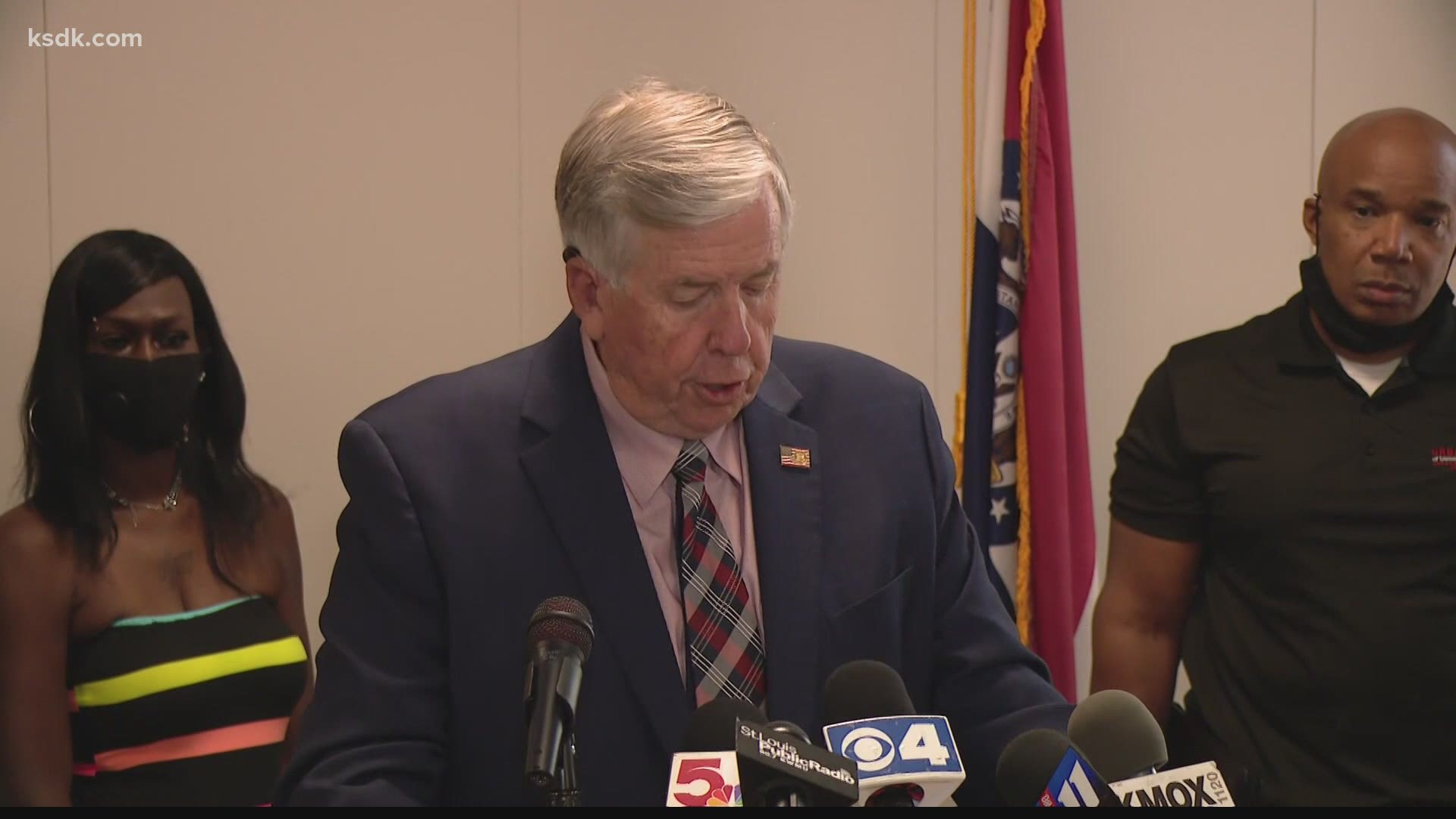 "Out of an abundance of caution, the First Lady was tested this morning after displaying minor symptoms," a press release from the governor's office said. "The Governor was then tested as well and received a positive result."

The governor feels "healthy and is displaying no symptoms," and Teresa has mild symptoms, the release said.

Parson's staff has been tested and is awaiting results.

"Myself and the First Lady are both fine," Parson said in a video posted on his Facebook page Wednesday afternoon. "Right now, we're taking all precautions moving forward."

Contact tracing has already begun, Missouri Department of Health and Senior Services Dr. Randall Williams said during a press conference Wednesday afternoon. Williams said the number of people who are considered close contacts -- defined as though who have been within 6 feet of the governor and his wife for 15 minutes -- is "actually a small number."

The governor is in quarantine at the Governor's Mansion and will continue to work, Williams said. Teresa is in quarantine in Bolivar, Missouri. They will be isolated for 10 days and until they have been asymptomatic for 24 hours.

All official and campaign events have been canceled until further notice.