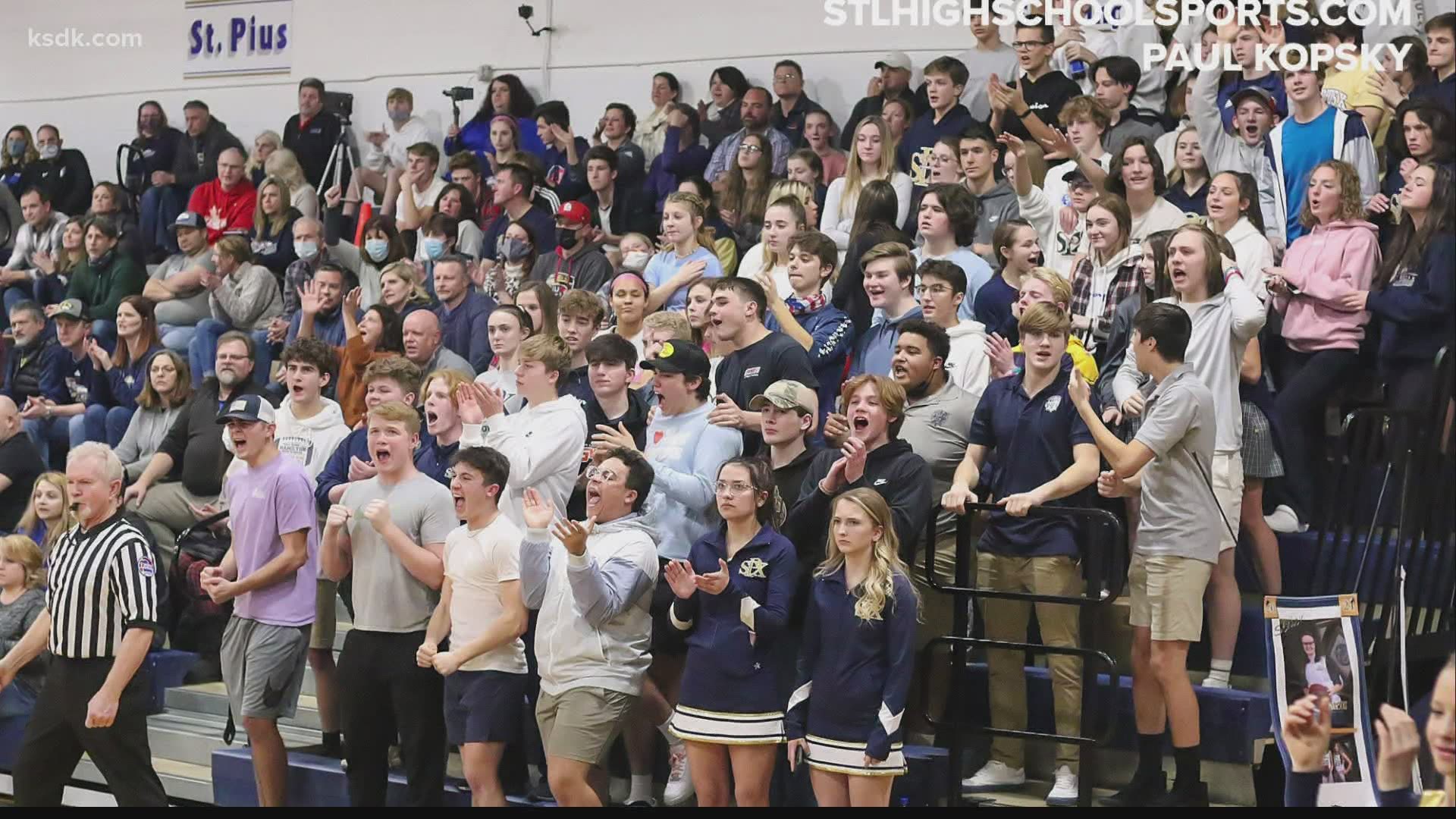 FESTUS, Mo. — A high school basketball game nearly a week ago is the talk around town in Jefferson County after photos taken by the St. Louis Post Dispatch/ STLHighSchoolSports.com are going viral of a packed house with few masks in sight.

Last Friday, Saint Pius X beat Jefferson R-7 but in the process stirred up controversy as many were upset by the lack of health guidelines being followed.

"Unfortunately that's a perfect picture of what not to do," Kelley Vollmer, Jefferson County Health Director said.

Days later the St. Louis Archdiocese is cracking down on school leadership which said it will now take extra steps to enforce mask mandates, ticket restrictions and social distancing at future games.

The Archdiocese released this statement:

"The Archdiocese of St. Louis has spoken with the leadership at St. Pius X. They have told us that providing a safe environment for student-athletes, officials and fans is a top priority, and they are now taking extra steps to enforce the mask mandates and social distancing requirements of the Archdiocese of St. Louis and Jefferson County. We hope all teams involved have an enjoyable and safe tournament."

"The disheartening part about it was what made a difference is that someone took a photo and put it on social media," Vollmer said.

Vollmer has high praise for the many schools in the county that have done a great job holding the line as students are learning in person yet following health guidelines.

"All of those people go back to work, school, any and everywhere," she said. "If they weren't wearing a mask in the gym they aren't wearing them in the community. You have the potential for a super spreader event."

The data does show younger people are less at risk but Vollmar said there's still danger, especially if athletes or students have health conditions like diabetes or asthma or if the virus is transmitted to another team later on the schedule. She's confident things will change the next time St. Pius X takes the court on Saturday when they host St. Louis' McKinley High.