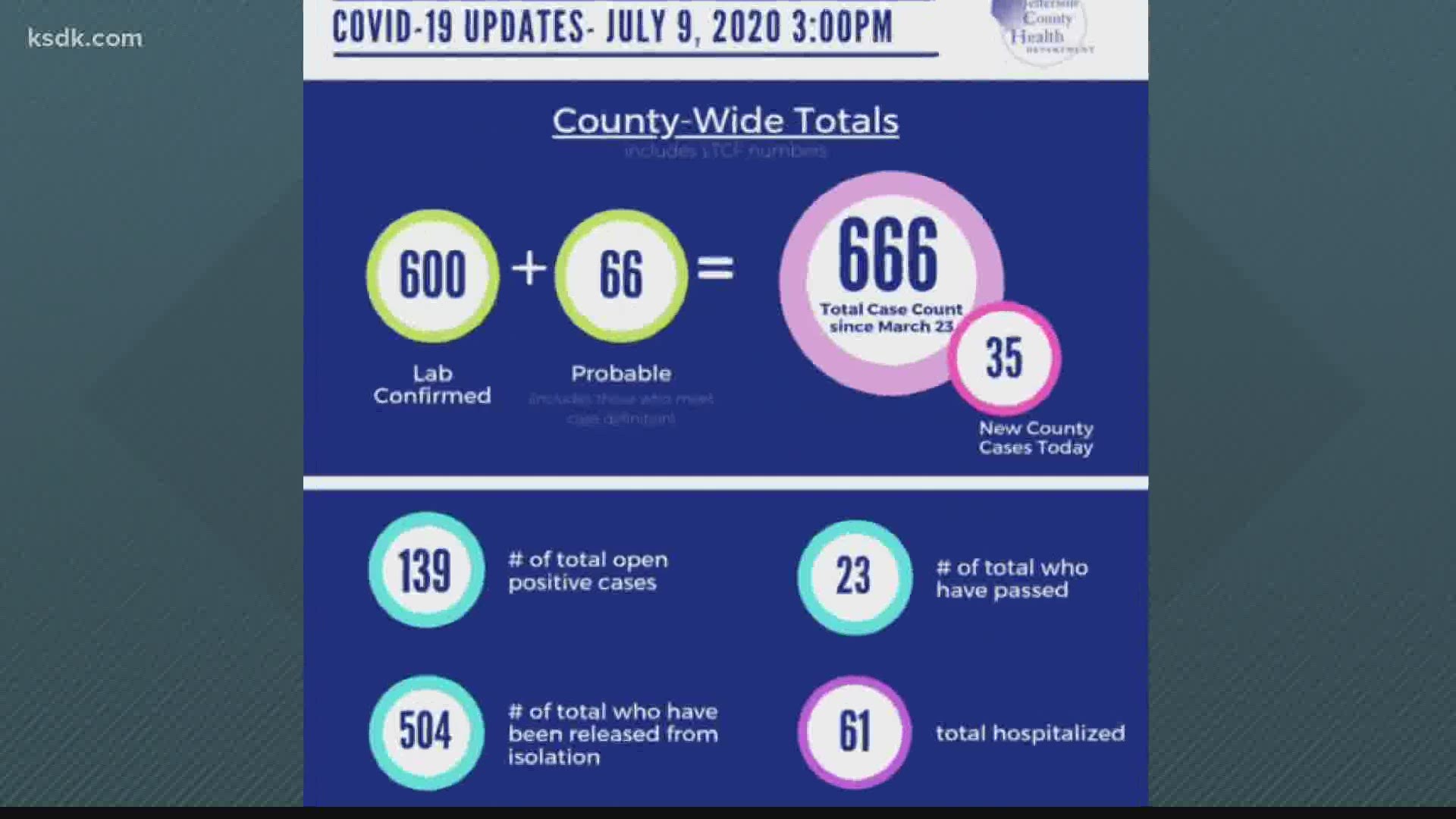 ARNOLD, Mo. — The coronavirus pandemic has forced the cancelation of another event. The Jefferson County Fair, scheduled to take place in a couple of weeks, will not happen.

The announcement comes as cases spike there and the county considers new measures – including a mask mandate – to limit the spread of the coronavirus.

“It's the percentage of positive cases that we're seeing,” she said.

The problem is growing in young people especially. Vollmar said most cases used to be in the 50-to-60-year-old age range. Now cases in the 20-to-30-year-old range have caught up.

To limit the spread, the county is considering changing social distancing guidelines or even implementing a mask mandate that would apply indoors or in public in general.

“The goal is never to have to do a mandate -- to get to that point. The goal is really to get folks to embrace it and to take that piece on,” Vollmar said.

She said comments they've received from people are split 50-50 in support of a mandate and against it.

"I think it's a good idea. I mean it's such a small thing. It takes such a modest effort,” Martin French, a Jefferson County resident, said.

"It's just a matter of opinion I guess -- to cut down on it, you need to wear a mask when you're out in public or in restaurants or whatever, but if you’re on your own property, it’s your choice,” said John Franklin, a resident of St. Louis County, where a mask mandate is already in effect.

5 On Your Side also spoke to a couple of people who thought a mandate was a bad idea. Neither would go on camera.

“How do we protect our citizens and maintain as much freedoms for our population as we can?” Vollmar said.

Vollmar said the mask mandate or any other strategy to control the spread of COVID-19 is a decision that will be made by the county board of health.

She said they're expected to meet as early as next week to discuss the idea.

Vollmar said the county is not considering going back to shutdowns because it has robust testing, the ability to track down and quarantine people who are sick and plenty of room in hospitals.

RELATED: 'At what cost?' | St. Louis area teachers weigh in on reopening plans during COVID-19 pandemic 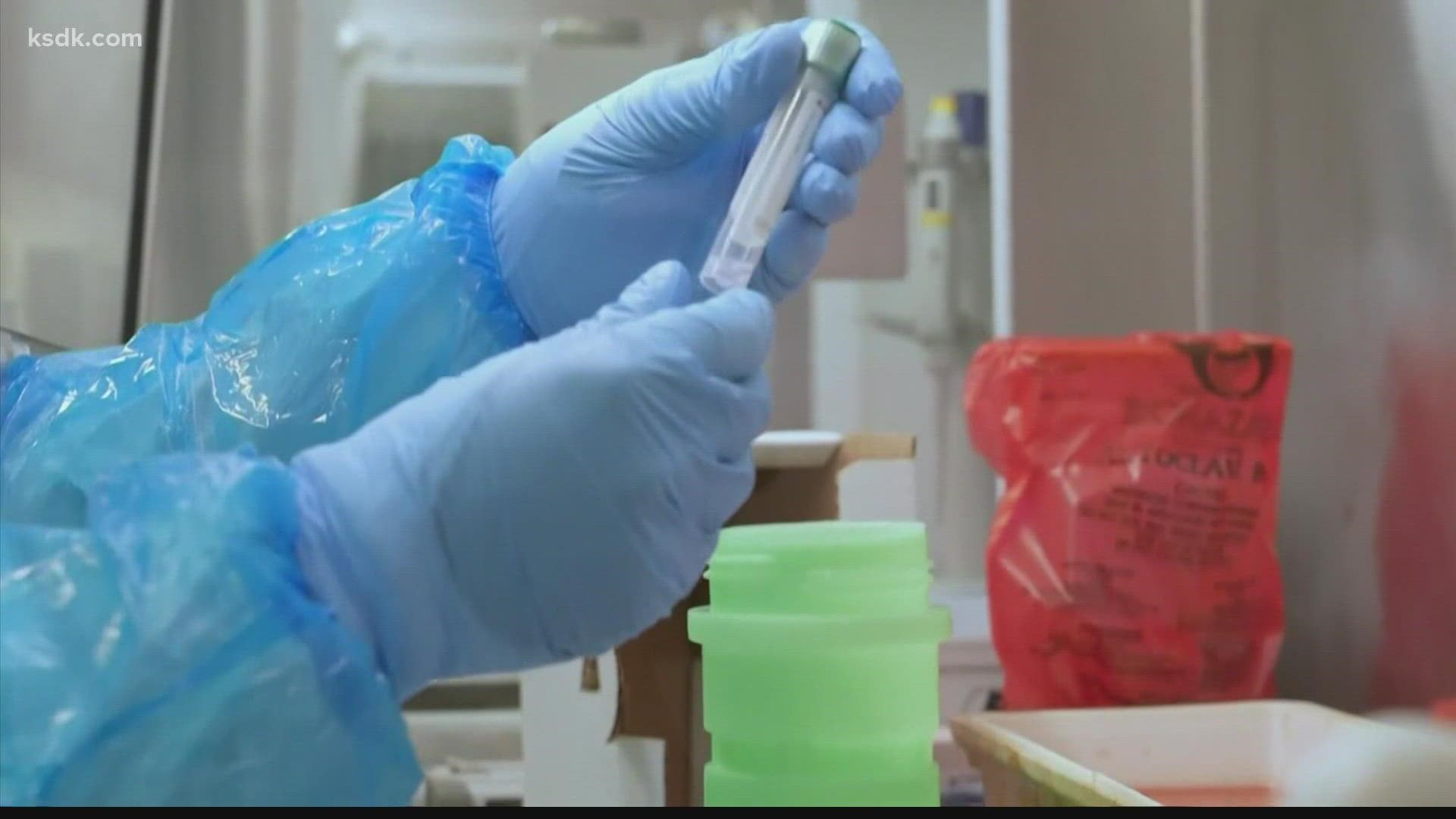 How scientists are tracking the omicron variant