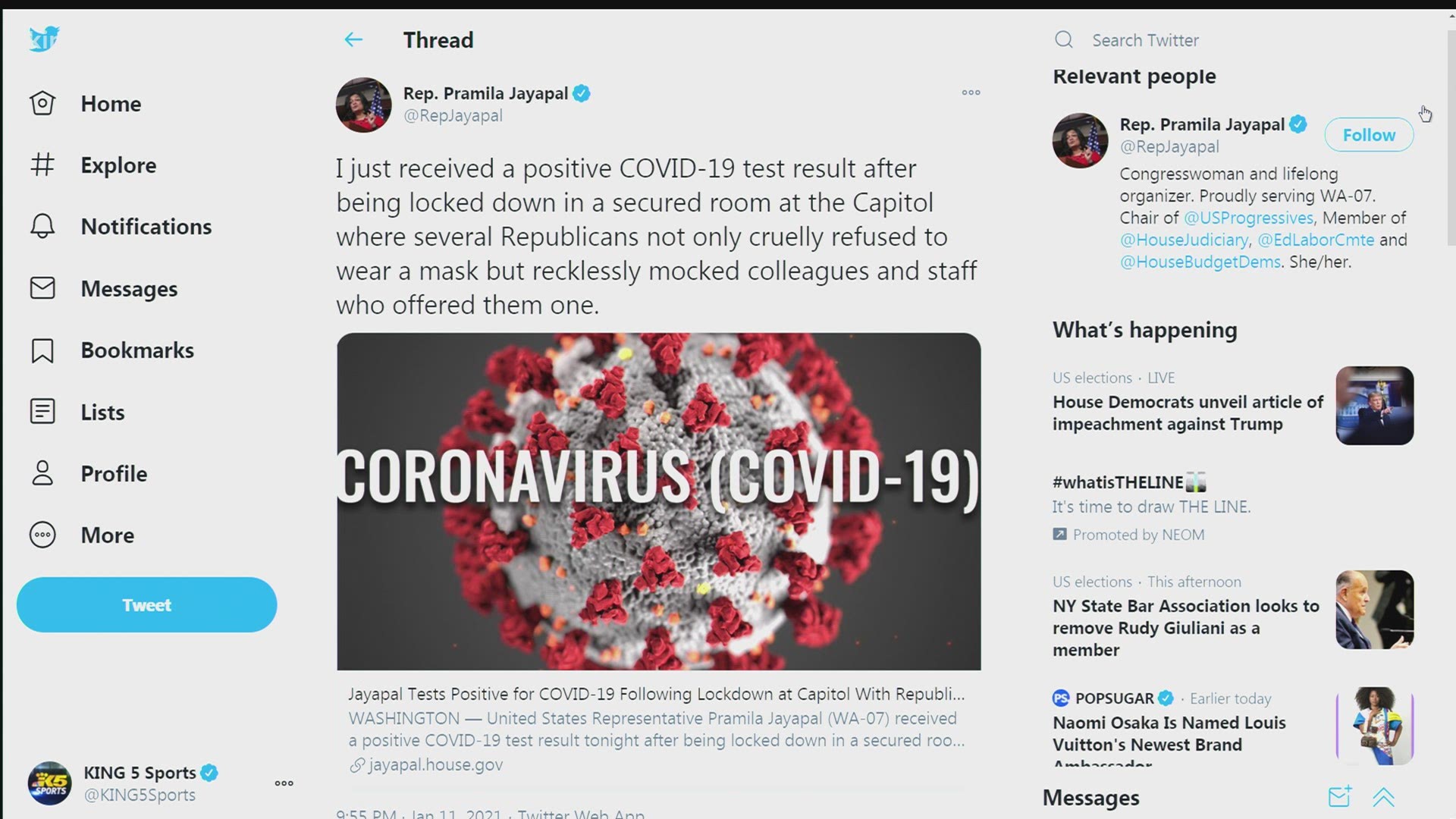 WASHINGTON — A third Democratic member of the House who was forced to go into lockdown during last week’s siege at the U.S. Capitol has tested positive for COVID-19.

Reps. Brad Schneider, D-Ill., and Pramila Jayapal, D-Wash., said they tested positive for the virus and criticized Republican members of Congress who declined to wear a mask when it was offered to them.

“Too many Republicans have refused to take this pandemic and virus seriously, and in doing so, they endanger everyone around them,” Jayapal said. “Only hours after President Trump incited a deadly assault on our Capitol, our country, and our democracy, many Republicans still refused to take the bare minimum COVID-19 precaution and simply wear a damn mask in a crowded room during a pandemic."

I just received a positive COVID-19 test result after being locked down in a secured room at the Capitol where several Republicans not only cruelly refused to wear a mask but recklessly mocked colleagues and staff who offered them one.https://t.co/wVmgroKsdf

“We can no longer tolerate Members coming to the floor or gathering in the halls of Congress without doing the bare minimum to protect those around them," Schneider said in a statement. "Wearing a mask is not a political statement, it is public health guidance, common courtesy, and simply what should be expected of all decent people."

Jayapal’s and Schneider's statements came after Rep. Bonnie Watson Coleman of New Jersey said Monday that she had tested positive for COVID-19.

RELATED: Congresswoman has COVID-19 after sheltering with some maskless lawmakers during riot

They were among dozens of lawmakers whisked to a secure location when pro-Trump insurrectionists stormed the Capitol. A press release from Jayapal's office on Monday noted that “a number of members within the space ignored instructions to wear masks.”

Some members of Congress huddled for hours in the large room, while others were there for a shorter period.

All three lawmakers are isolating. Jayapal called for “serious fines to be immediately levied on every single member who refuses to wear a mask in the Capitol.”

Over the weekend, the Capitol’s attending physician notified all lawmakers of possible virus exposure and urged them to be tested.

Dr. Brian Moynihan wrote Sunday that “many members of the House community were in protective isolation in the large room — some for several hours” on Wednesday. He said “individuals may have been exposed to another occupant with coronavirus infection.”