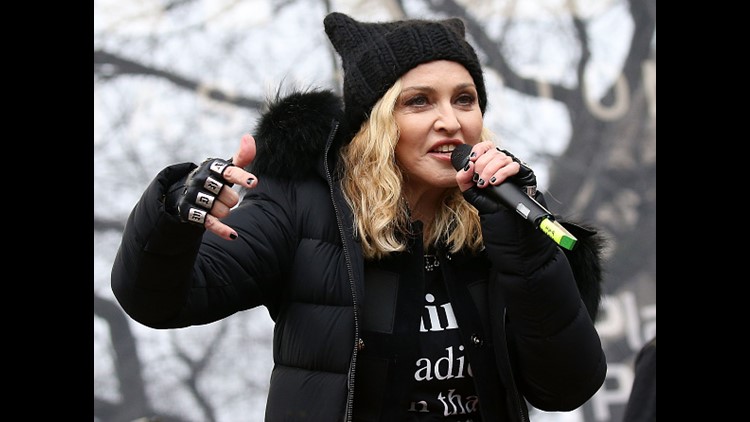 Several musicians have cancelled or postponed concerts — most of them outside of the United States — because of the spreading virus, including Queen, Ciara, and BTS.
Author: Associated Press
Published: 4:54 PM CDT March 9, 2020
Updated: 4:57 PM CDT March 9, 2020

NEW YORK — Madonna has canceled the last two stops of her latest tour in France after the country said it was banning events of more than 1,000 people to limit the spread of the coronavirus.

A statement posted onto the pop star's website on Monday says her March 10-11 shows in Paris would no longer take place.

“Following official notification from the Office of the Police this morning prohibiting all events with an audience attendance of over 1000, Live Nation regrets to announce the final two Madame X performances previously re-scheduled to 10-March and 11-March are forced to be cancelled," the statement read. “Tickets are refundable at point of purchase. We regret the disappointment to fans."

France reported 1,126 cases as of Sunday, up 19% from the day before, the second largest number of cases in Europe after Italy. So far, 19 people in France have died.

Several musicians have cancelled or postponed concerts — most of them outside of the United States — because of the spreading virus, including Queen, Ciara, BTS, Khalid, Mariah Carey, Green Day and more. The South by Southwest festival in Austin, Texas, has been cancelled and the Ultra electronic dance music festival in Miami has been postponed.

For most people, the new coronavirus causes only mild or moderate symptoms, such as fever and cough. For some, especially older adults and people with existing health problems, it can cause more severe illness, including pneumonia.

The vast majority of people recover from the new virus. According to the World Health Organization, people with mild illness recover in about two weeks, while those with more severe illness may take three to six weeks to recover. In mainland China, where the virus first exploded, more than 80,000 people have been diagnosed and more than 58,000 have so far recovered.