Recent single-day positive test rates in some college towns have been as high as 45% for people in the 18-24 age group, Parson said. 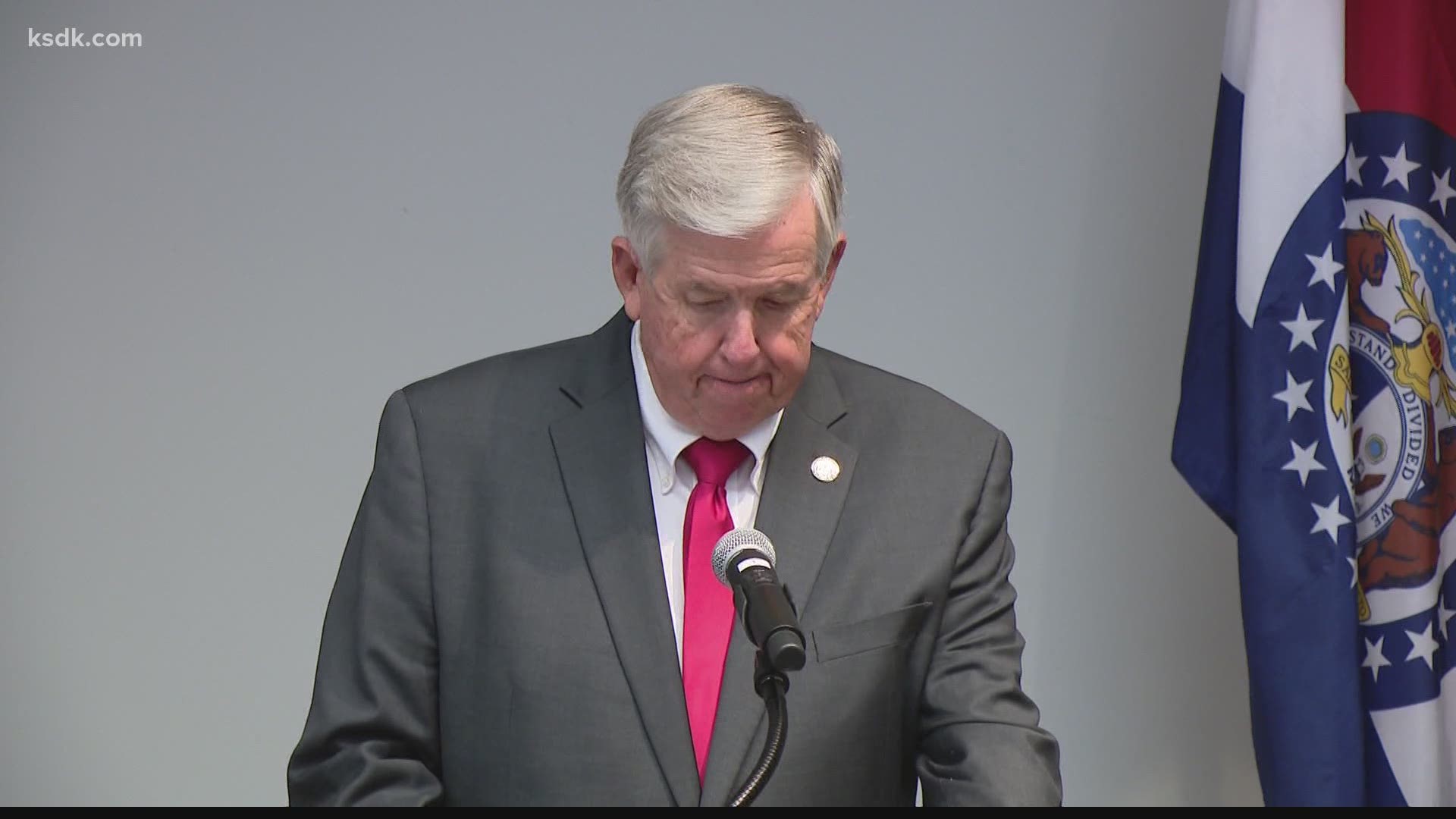 Recent single-day positive test rates in some college towns have been as high as 45% for people in the 18-24 age group, Parson said. That’s more than eight times the national positivity rate of 5.5% for people of all ages, according to the seven-day average from The Covid Tracking Project operated by The Atlantic.

Parson said none of the college-age students have become seriously ill, but he warned that they can spread the disease to more vulnerable people such as the elderly.

“I know there is a lot of concern right now regarding college students, but I want to assure you that our colleges and our universities have plans in place and are taking all steps necessary to keep their students and communities as safe as possible,” Parson said.

The University of Missouri’s Columbia campus has reported 683 confirmed student cases of COVID-19 since classes resumed. The school is punishing 330 students for violating COVID-19 safety rules, with penalties as stiff as suspension for the semester. Violations range from refusing to wear a mask to sneaking guests into residence halls and throwing big parties on campus, The Kansas City Star reported.

Meanwhile, Missouri State University in Springfield has 614 confirmed cases among students, according to its online dashboard.

Parson spoke at a news conference at Washington University in St. Louis, where researchers have developed a new saliva test for the coronavirus that Parson touted as a game changer.

“By enabling rapid testing of large numbers of people, this new saliva test is a major development that will improve our testing capabilities even more,” the Republican governor said.

The test was approved last month by the Food and Drug Administration. University researchers worked with the biotechnology company Fluidigm to come up with the alternative to current testing that requires a swab deep inside the nose.

The saliva test allows people to collect their own samples by spitting into a small tube, and results are available in hours rather than days. The test also is less expensive because it doesn’t require specialized supplies.

The FDA gave Fluidigm emergency approval for the test on Aug. 25, a decision that also allows Washington University’s School of Medicine to begin using it.

Testing is considered key in controlling the spread of COVID-19. In Missouri, 88,610 people have been infected since the pandemic began and 1,545 have died.

Dr. Jeffrey Milbrandt, who heads the medical school’s Department of Genetics and the McDonnell Genome Institute, said the saliva test is simple, faster and more economical.

The university said it verified the saliva test against the standard nasal swab test and found it to be just as accurate. Researchers also ran the new test on several hundred known negative saliva samples and found no false positives.

Researchers believe they also will be able to scan for influenza and other viruses in the same saliva samples. With the cold and flu season approaching, the test could offer a fast determination of the illness being experienced by someone with symptoms including a cough or fever.

This story has been corrected to show The Covid Tracking Project is operated by The Atlantic, not John Hopkins University. 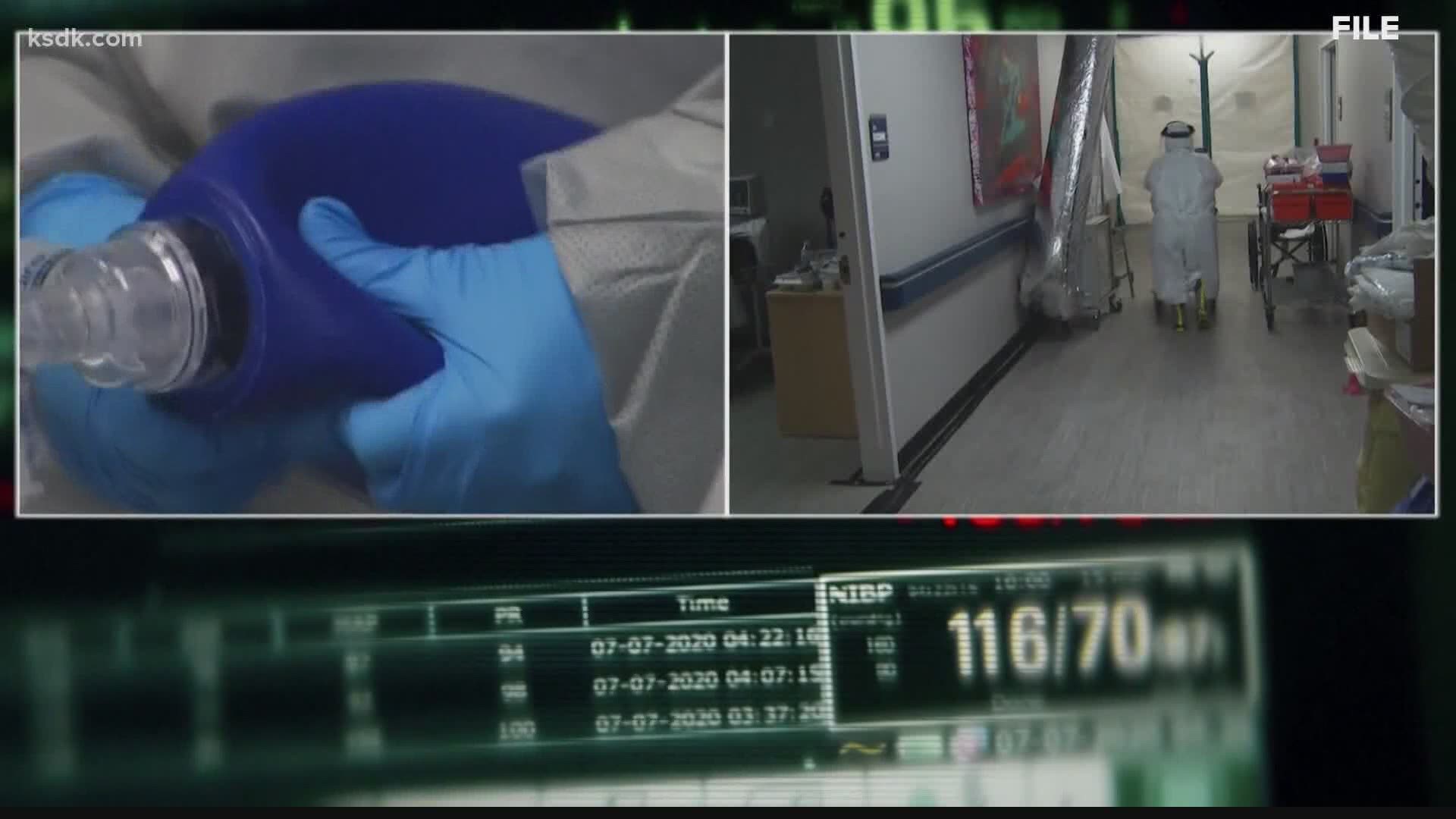