Gov. Parson disputes story that says COVID-19 was in Missouri weeks before first case was announced

The Kansas City Star published the story “Coronavirus was in Missouri weeks before first case was announced, state data shows” on Tuesday 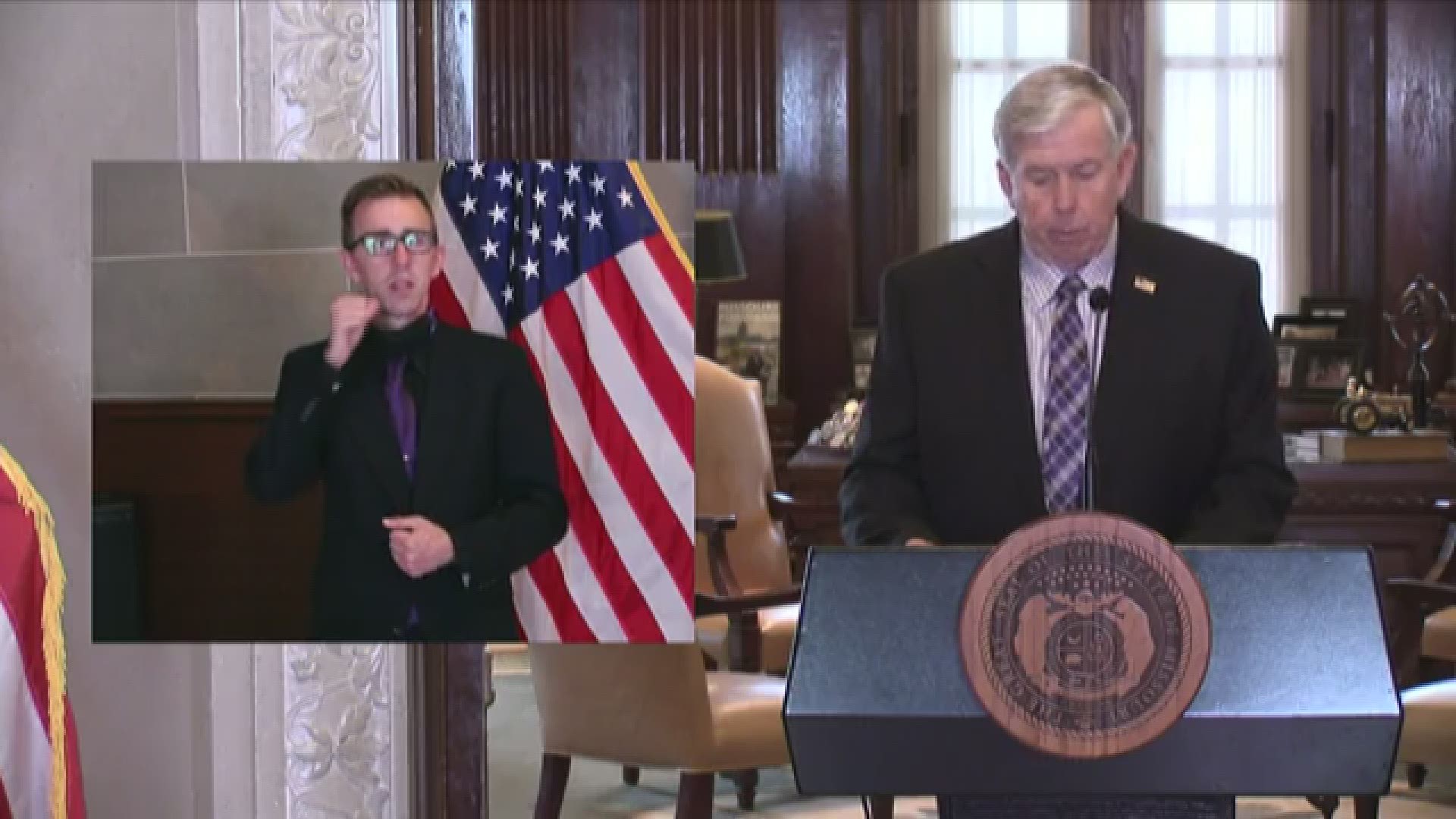 JEFFERSON CITY, Mo. — Missouri Governor Mike Parson addressed an article out of Kansas City that said coronavirus was in the state weeks before the first case was announced.

“This is very misleading and insinuates that we knew of other positive cases prior to the first announcement on March 7, which is not true,” Gov. Parson said during his daily briefing on Facebook Live Wednesday.

The Kansas City Star published the story “Coronavirus was in Missouri weeks before first case was announced, state data shows” on Tuesday.

“Ten people appeared to have the virus in February, according to the Missouri Department of Health and Senior Services, which revamped its website last week. Randall Williams, director of the health agency, said that the new dates were based on when patients reported first becoming symptomatic,” the newspaper reported, while showing a screengrab of Missouri’s new COVID-19 dashboard, which you can see below.

The graph does show a reported case as early as Feb. 2 and several others between that date and the first case the state confirmed on March 7, which was in St. Louis County.

Gov. Parson said the state health lab wasn’t approved to begin COVID-19 testing until Feb. 27. He said from Jan. 22 – Feb. 27 nine tests from Missouri residents were sent to the CDC and all came back negative.

Parson said there were about 50 people who had symptoms before March 7.

“But it is not confirmed that these earlier symptoms were due to COVID-19 diagnosis, that followed later. The dates on our dashboard from early February represent the onset of symptoms, not the date they tested positive,” Parson explained.

He went on to say the cases could be either earlier cases of coronavirus or someone who had a prior illness who later developed the virus.

“Many of the symptoms of COVID are very common and can have other causes, so it is very difficult to determine if cases with earlier onset of symptoms were due to COVID or a prior illness,” Gov. Parson said.

He admitted it is possible the virus was in Missouri before the first case was confirmed in the state health lab on March 7, but that there is no way to know for sure.

“Everything, everything prior to that is pure speculation,” he said.

The governor also defended his administration’s transparency in reporting information to Missourians.

“To accuse my administration of not being transparent is a downright false accusation, also,” he said.

The governor explained that he held a news conference the same day the first case was announced, along with more than 50 COVID-19 briefings and more than 600 media questions answered.

On Wednesday, the state health department reported 12,492 cases and 696 deaths, according to the state's website.

You can watch the governor's full briefing from Wednesday by clicking play on the Facebook post below.

'Poor choices were made at the lake' | Gov. Parson addresses viral Lake of the Ozarks photos

During his daily coronavirus briefing Tuesday, Missouri Gov. Mike Parson wasted no time in addressing the viral photos, videos and social media posts that showed people ignoring social distancing guidelines at the Lake of the Ozarks over the holiday weekend.

Gov. Parson pointed out that the people who were crowded in swim-up bars and at outdoor restaurants at the lake went home to districts and cities through the state, complicating the impact those decisions could have on local communities over the next couple weeks.

"Poor choices were made at the lake," Gov. Parson said, adding that many other Missourians throughout the state "made safe and responsible choices over the weekend."

Parson stressed the need to follow social distancing guidelines, which call for staying 6 feet away from others and limit exposure to others when outside of your home.

He called the importance of social distancing "a cause much bigger than ourselves" and said keeping the spread of COVID-19 low will help keep Missouri "headed in a safe and healthy direction." 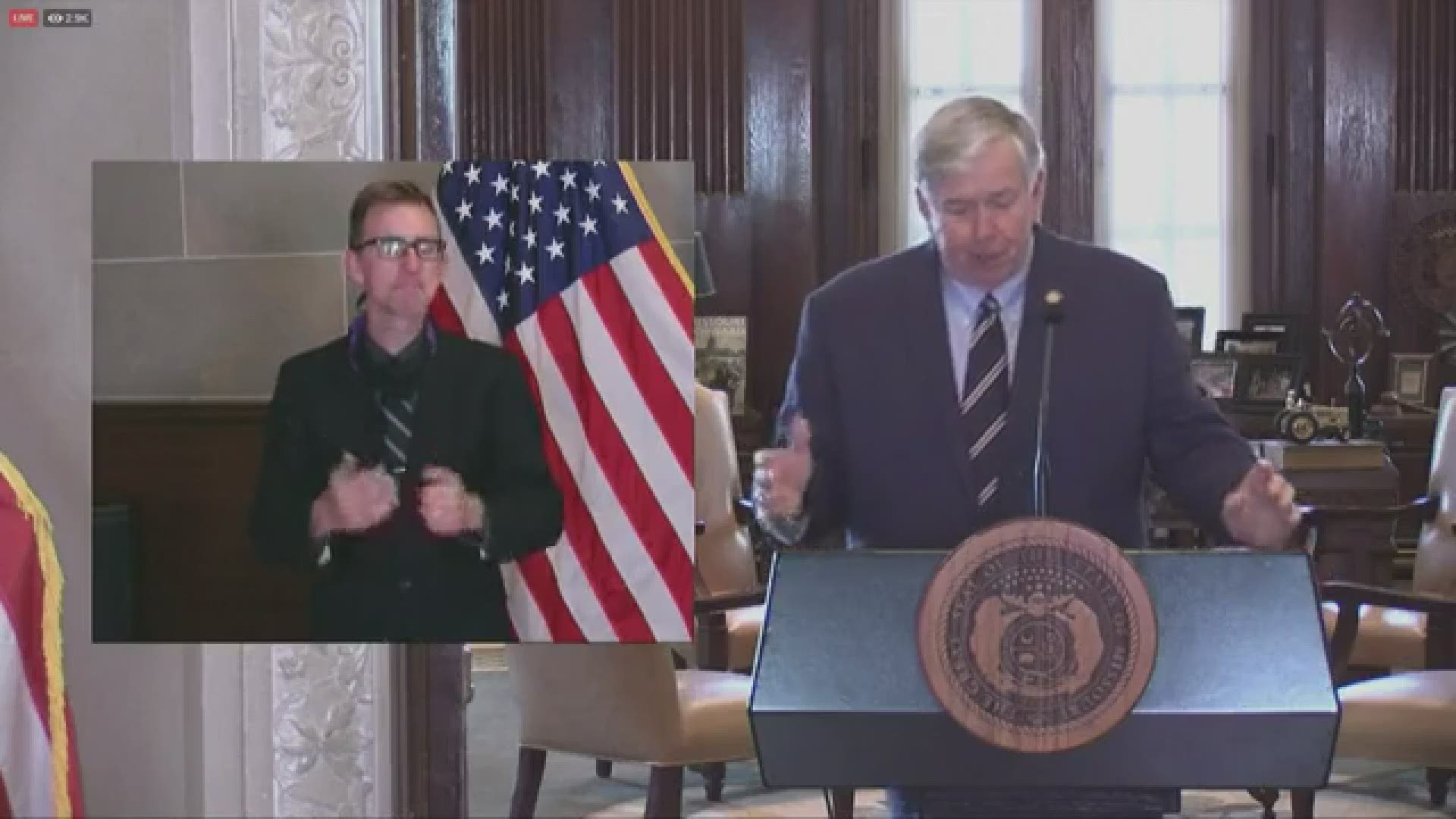 "Going forward, I would highly encourage people to practice social distancing," Williams said. "Just because you're outdoors, you still need to be 6 feet away."

When asked whether the state would get involved in enforcing social distancing measures, Gov. Parson said he would leave it up to local authorities.

"I think they'll make the right decisions," he said.

Any enforcement would likely come through court action against businesses not adhering to the order.

RELATED: 'Poor choices were made at the lake' | Gov. Parson addresses viral Lake of the Ozarks photos 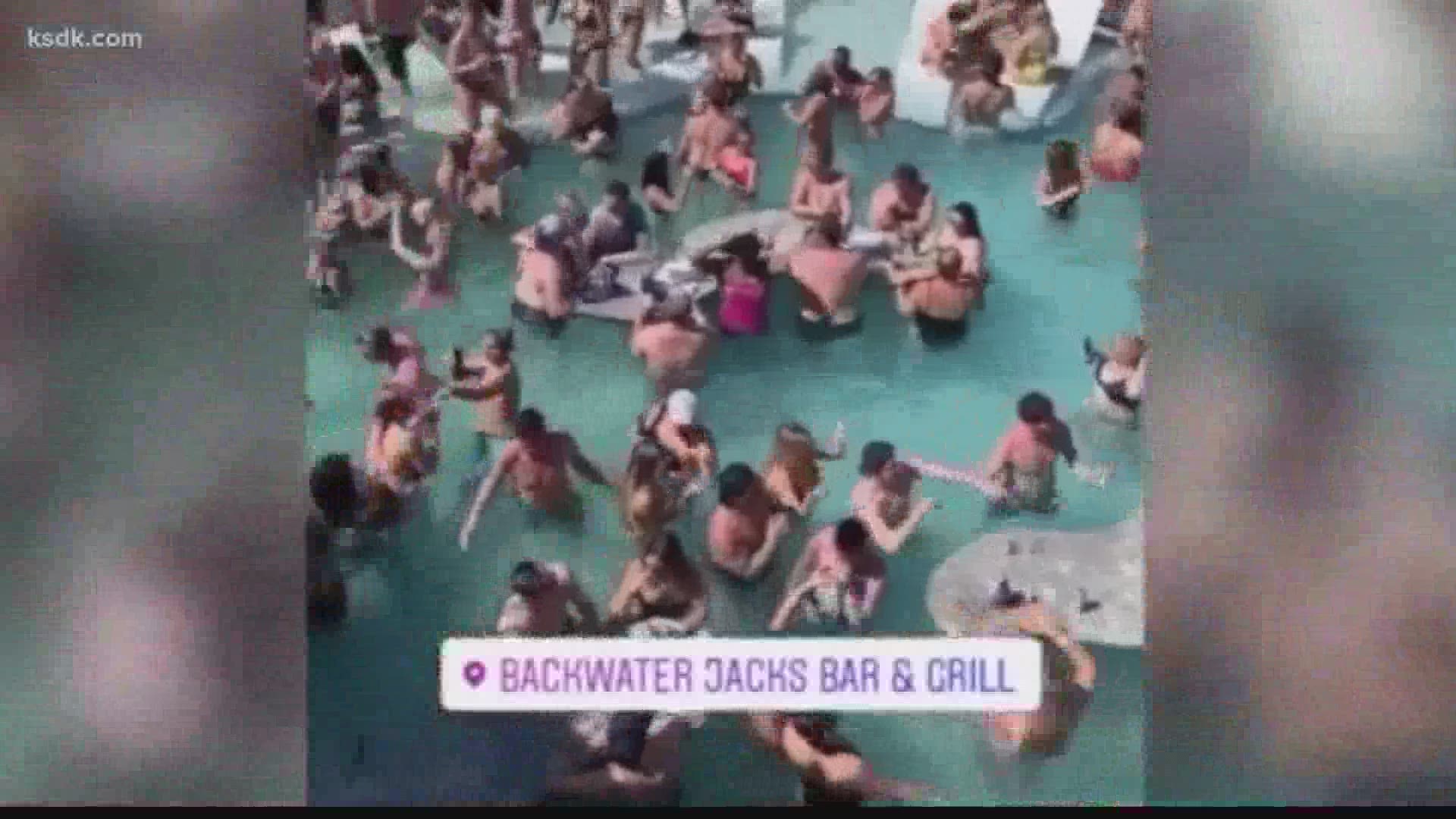