Missouri issues new hotspot advisory for 3 counties, warns of spread along I-44

“Disease spread from Southwestern Missouri to the East following Interstate 44 is expected,” states the latest advisory for Laclede, Phelps and Pulaski counties 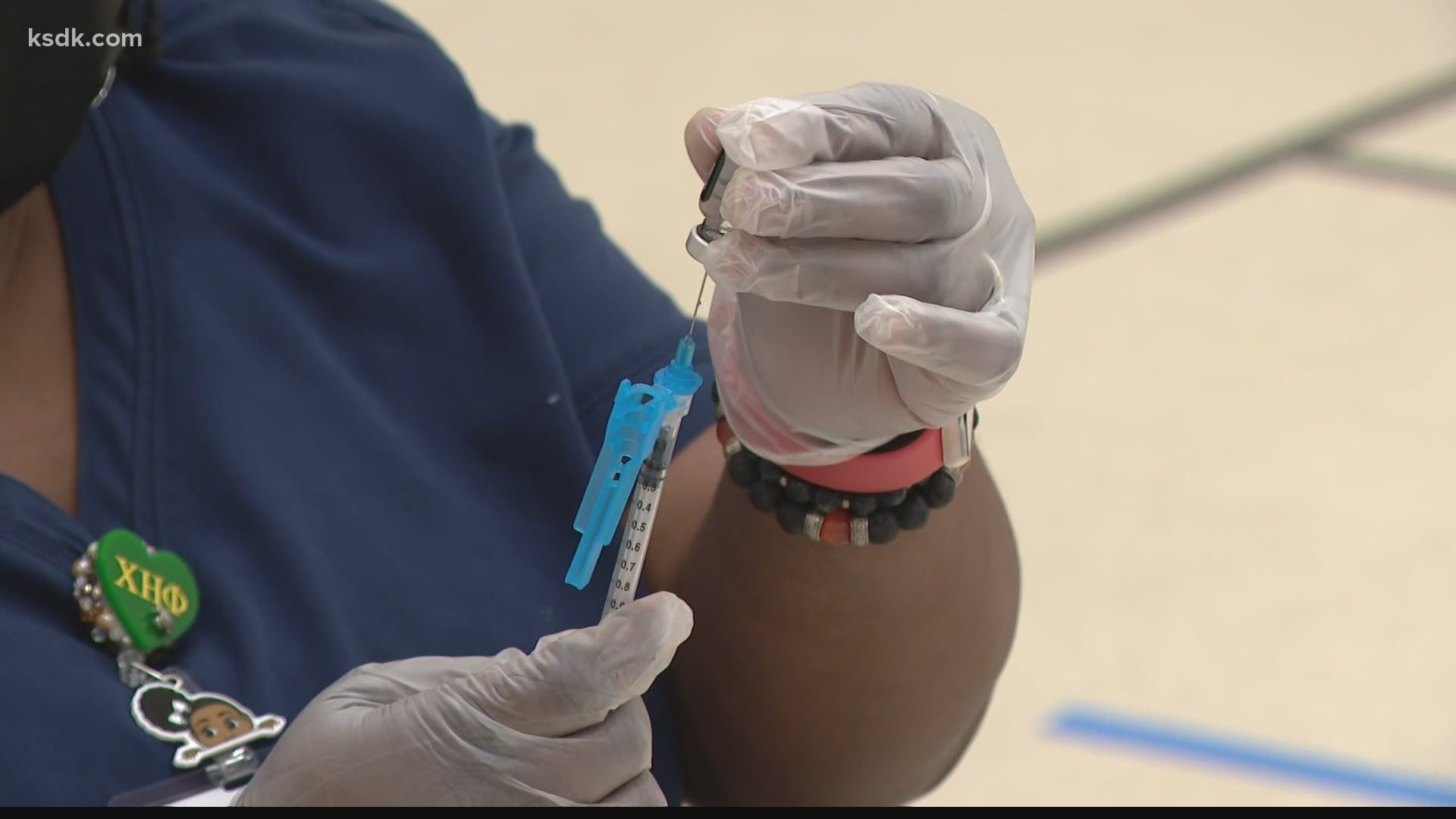 JEFFERSON CITY, Mo. — A surge in COVID-19 cases is moving up Interstate 44 in Missouri, with the latest hotspot advisory including counties on the fringe of the greater St. Louis metro area.

The Missouri Department of Health and Senior Services issued a COVID-19 Hotspot Advisory Monday for Laclede, Phelps and Pulaski counties, along with the immediate surrounding area. The advisory states the three counties have seen an increase in cases over the last two weeks.

“The delta variant, which spreads more easily and poses higher risk of hospitalization than prior variants, is believed to be contributing to the increase,” the department wrote.

The three counties have seen the following increase in cases over the past 14 days:

Each of the counties also are below the state’s vaccination rate of 40%, according to Missouri’s vaccination dashboard. Pulaski County has the lowest rate in the entire state.

This is just the latest hotspot advisory from the state health department. Six have been issued since July 7, when the first advisory warned of a surge in cases around the Lake of the Ozarks. Since then, the advisories have included the Springfield area and most of southwest Missouri.

Each additional advisory is moving further northeast toward the St. Louis area. The Missouri health department’s latest warning even states the surge in cases is expected to continue moving along I-44.

“Disease spread from Southwestern Missouri to the East following Interstate 44 is expected,” the advisory states.

Last week, leaders with the St. Louis Metropolitan Pandemic Task Force said the region is starting to see case rates similar to what is happening in southwest Missouri.

"At this point, we don’t see any evidence that we are likely to see a different trajectory (than southwest Missouri) unless we take some aggressive actions," said Dr. Clay Dunagan, who is taking over the briefings while Dr. Alex Garza is deployed to Kuwait.

Dr. Dunagan said although some counties in the St. Louis area have relatively high vaccination rates when compared to the surrounding areas, all counties are a long way from the 70% of the total population needed for herd immunity.

Percent of population completing vaccination in the St. Louis area:

Even in the higher vaccination counties like St. Louis County and St. Charles County, there are still communities in those counties that could be vulnerable due to low vaccination rates.

"In St. Louis County, for example, the vaccination rates are — in the highest places — in the 80 or 90 percent range. In the lowest neighborhoods, we’re down in ranges that are very similar to what happened in some of the counties of southwest Missouri," he said. "And for that reason, those regions can expect to see that steep upturn in cases that was experienced by our fellow citizens outstate."

5 On Your Side's Sam Clancy contributed to this report. 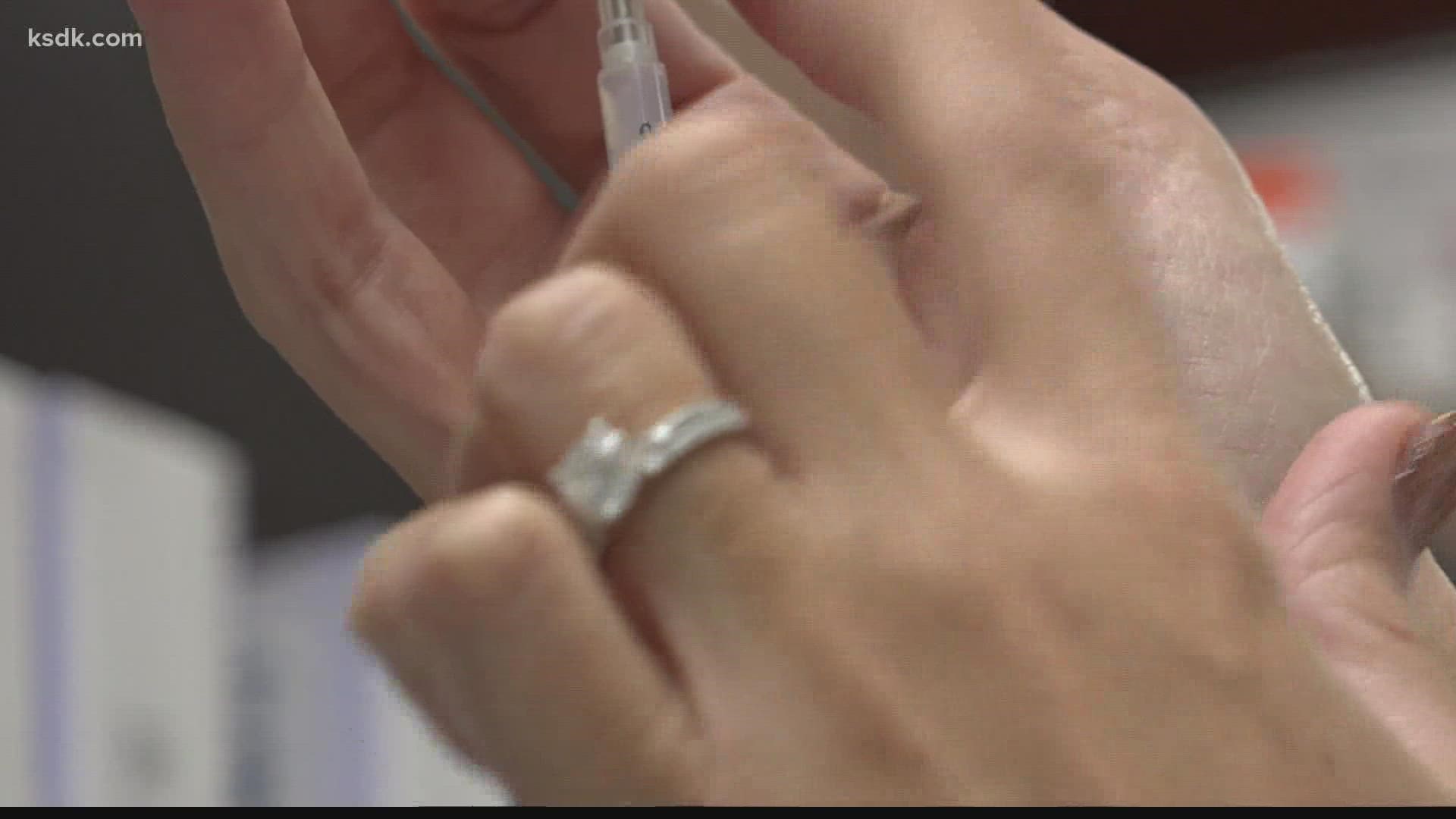