"These are outbreaks in specific areas and we are aggressively testing in these areas to box-in the virus and prevent further spreading," Gov. Parson said 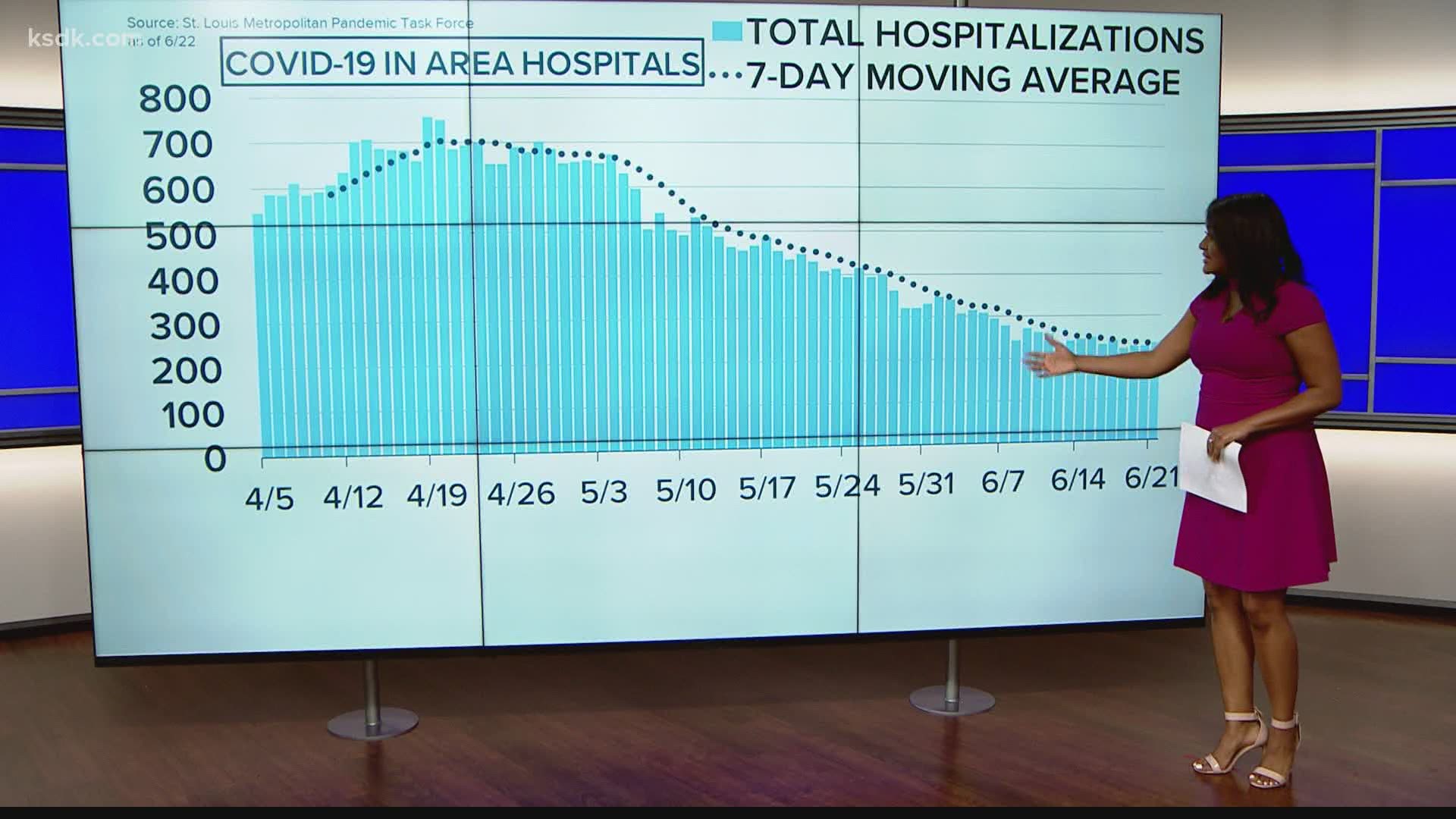 JEFFERSON CITY, Mo. — Missouri Governor Mike Parson said Missouri is not experiencing a second wave of COVID-19, and he has no plans to close the state again at this time.

Tuesday's briefing was the first by the governor since the state reported its highest single-day increase of new cases on both Saturday and Sunday. Many of those cases were isolated in the southwest corner of the state and were connected to an outbreak at a Tyson food processing plant in northern Arkansas.

"This is not a surge or a second wave going on in Missouri," Parson said. "These are outbreaks in specific areas and we are aggressively testing in these areas to box-in the virus and prevent further spreading."

"We have no intentions of closing Missouri back down at this point in time," Parson said.

Of the record 413 new cases reported in the state Sunday, the Missouri Department of Health and Senior Services said 310 of them were in the City of Joplin and the three surrounding counties of McDonald, Jasper and Newton.

"The Centers for Disease Control and Prevention (CDC) will also be deploying a team to the area this week to assist state and local health authorities with the epidemiological investigation," a news release from the Department of Health and Senior Services said. "This investigation will determine risk factors for the COVID-19 spread in the Missouri counties bordering Arkansas where the outbreak has been ongoing, evaluate role of meat and poultry plant outbreaks in the community spread of infection, estimate prevalence and determine risk factors for COVID-19 spread in the pediatric population and develop a community mitigation plan for the COVID-19 outbreak in those counties."

DHSS Director Dr. Randall Williams said the food plant is testing all employees, most of whom were asymptomatic.

"The vast majority of the people they were testing were asymptomatic. So that 400 number is very different than a 400 number April, in which we were only checking symptomatic people throughout communities and nursing homes," Dr. Williams said.

Williams said this likely means the increase will not have the same impact on hospital systems as a similar-sized increase earlier in the pandemic, when the people being tested were already showing symptoms.

On Tuesday, the state reported a total of 18,577 cases, with a new single-day record of 434 new cases. Southwest Missouri — which saw an outbreak over the weekend — the St. Louis area and the Kansas City area each reported about 100 new cases on Tuesday.

The state's hospitalization data, which showed 415 people hospitalized statewide on Sunday, was changed Tuesday, and now reports 595 COVID-19 patients in hospitals across the state. The graph shows no record of the 415 that was reported in the dashboard Sunday. The daily hospitalizations have remained steady at around 600 patients since early June, the chart shows.

Parson said the increase in cases was also due in part to an increase in testing. The seven-day moving average of new PCR tests reported by the state has been around 6,000 per day since June 1.

The high mark on the below graph was before the state separated PCR tests from antibody tests.

The full breakdown of data trends from the St. Louis Metropolitan Pandemic Task Force is below.