Dr. Williams confirmed that the state has been lumping together different coronavirus test results in a way that can be misleading despite saying otherwise last week 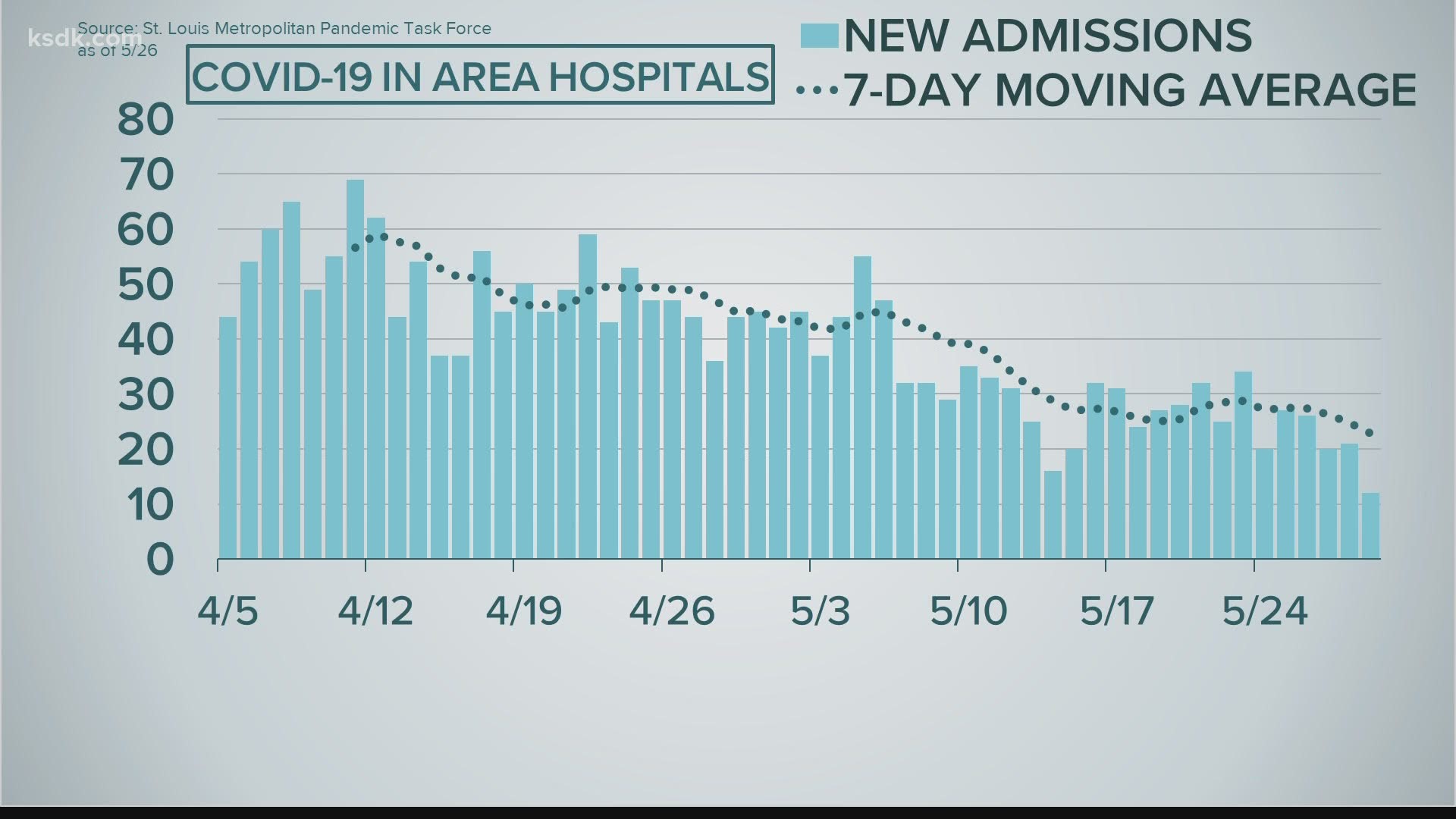 JEFFERSON CITY, Mo. — The Missouri Department of Health and Senior Services reported one new COVID-19 death in the state Tuesday, the lowest single-day increase since May 2.

The single-day increases in state-reported cases over the last week were:

The positivity rate in the state decreased to 7.68% Tuesday, down from 7.74% on Monday. The rate has dropped each day since the state made changes to the way it reports testing data.

Missouri health director Dr. Randall Willams on Tuesday addressed the change for the first time. Williams confirmed that the state has been lumping together different coronavirus test results in a way that can be misleading, despite saying otherwise multiple times last week.

The agency has been combining the results of viral tests, which detect active cases of the virus essentially from the onset of infection, with antibody tests. Antibody tests check for proteins that develop a week or more after infection and show whether a person has been exposed at some point in the past.

Mixing the results makes it difficult to understand how the virus is spreading, and Missouri health director Williams himself has previously said the two tests should not be conflated. It can give the false impression that the rate of positive test results is declining.

“It does not include antibody testing," Williams said Thursday, before correcting himself this week. "About four states have gotten into a lot of trouble because they tried to conflate their numbers, I think to drive up their numbers, and we don’t do that in Missouri.”

Despite his previous comments stating otherwise, Williams on Tuesday said per the CDC's previous reporting guidance, Missouri's health department had been combining results from the two different types of tests. He said he had directed staff not to do so and that senior leadership staff was not aware that results were being mixed.

“Am I frustrated that the directive that I thought was pretty clear did not happen?" Williams asked. "Yes, I am.”

For a full county-by-county breakdown, use the interactive map below: