"I want to be perfectly clear: This is not about putting Missouri under martial law," Gov. Mike Parson said 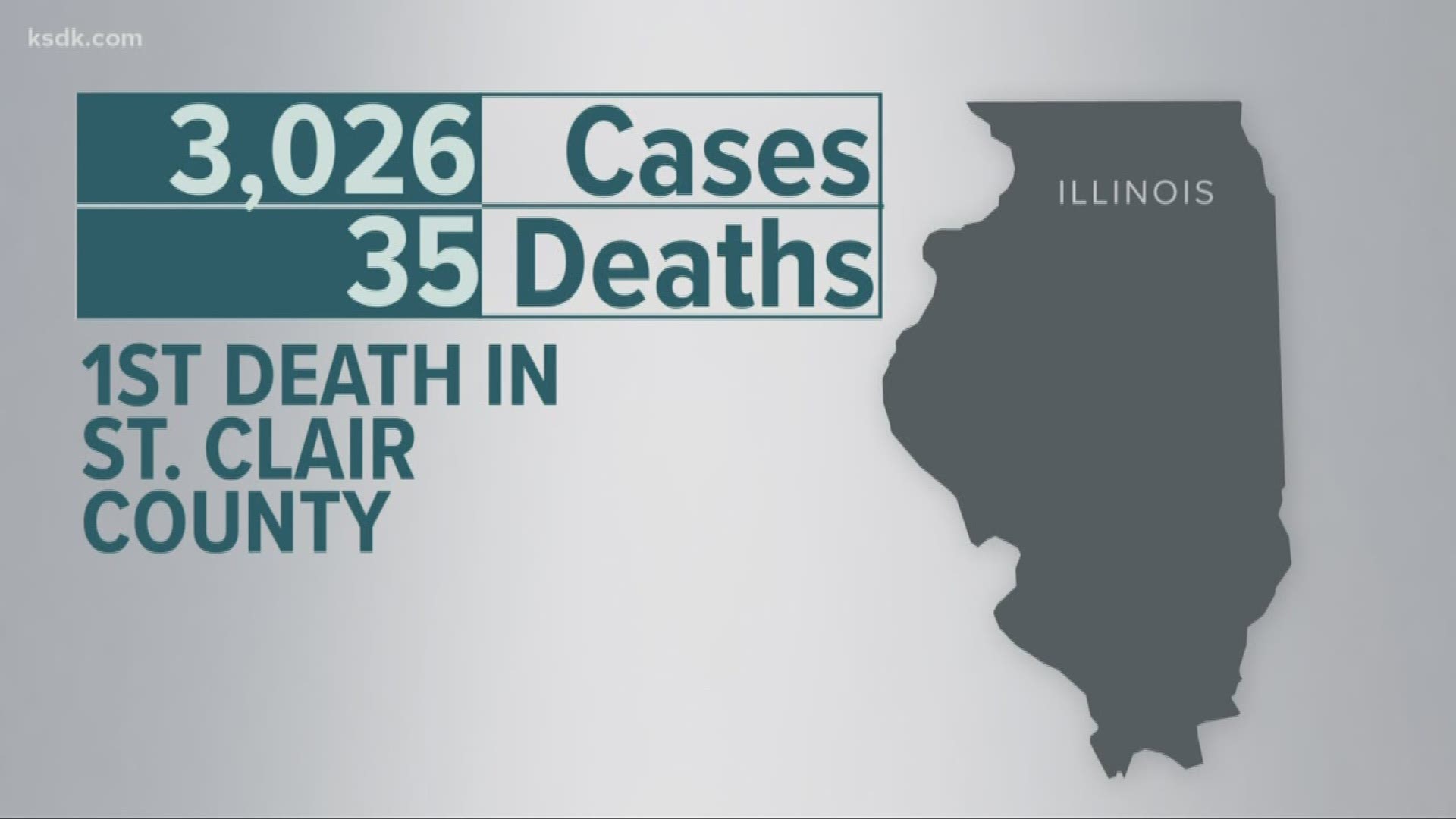 ST. LOUIS — Missouri braced for a surge of coronavirus patients as the number of deaths grew to nine, with the governor mobilizing the state's National Guard and a top St. Louis County official urging recently retired health care workers to return to work.

During a virtual press conference with the governor on Friday, Missouri National Guard Adjutant General Levon Cumpton said the Guard is "here to help you, not to control you." He said missions might include setting up community-based testing centers and transporting medical equipment.

"I want to be perfectly clear: This is not about putting Missouri under martial law," Gov. Mike Parson said.

"In the coming weeks our medical institutions will face a heavy burden," Page said. "We need your help to make sure everyone gets the treatment that they need."

The number of confirmed cases increased Friday to 670, up 168 from 502 on Thursday, according to state health officials. Nine deaths have been reported, including a St. Louis County woman in her 80s with chronic medical conditions whose death was announced Thursday.

You can see a county-by-county look at the latest coronavirus cases in Missouri by using 5 On Your Side's interactive map below.

Missouri Health and Senior Services Director Randall Williams on Friday said about 7,000 people have been tested for the virus in Missouri, putting the state's rate of positive cases among individuals tested for the COVID-19 virus at closer to 10%. The state health department is rationing tests and doesn't recommend testing people without symptoms.

For most people, the virus causes mild or moderate symptoms, such as fever and cough that clear up in two to three weeks. But the virus can lead to pneumonia and even death for some people, especially older adults and those with existing health problems.

The St. Louis Post-Dispatch reported that the nursing home is owned by the same company that operates the Life Care Center of Kirkland, near Seattle, where 37 people died from COVID-19. Another Life Care facility in Kansas City was the site of Kansas' first coronavirus death.

Health officials have said that three of the people who have died of the coronavirus lived at an assisted-living center in Springfield.

The Federal Reserve Bank of Kansas City, which covers the western third of Missouri as well as parts or all of six other states, released a troubling report Friday, saying that 54% of companies surveyed expected lower levels of employment for 2020 because of COVID-19 and market volatility.

Missouri will receive federal funds to cover some costs of fighting the spread of the coronavirus, after President Donald Trump approved a federal disaster declaration for the state.

Stay-at-home orders are in place across much of the state, and on Friday the city of St. Louis cracked down further, closing all playgrounds. A news release from the St. Louis Department of Health said people had been gathering in large groups at playgrounds, increasing the risk of children either contracting or spreading the virus.