Cases in Missouri rose 79% over the past two weeks, which is the third highest increase of all states 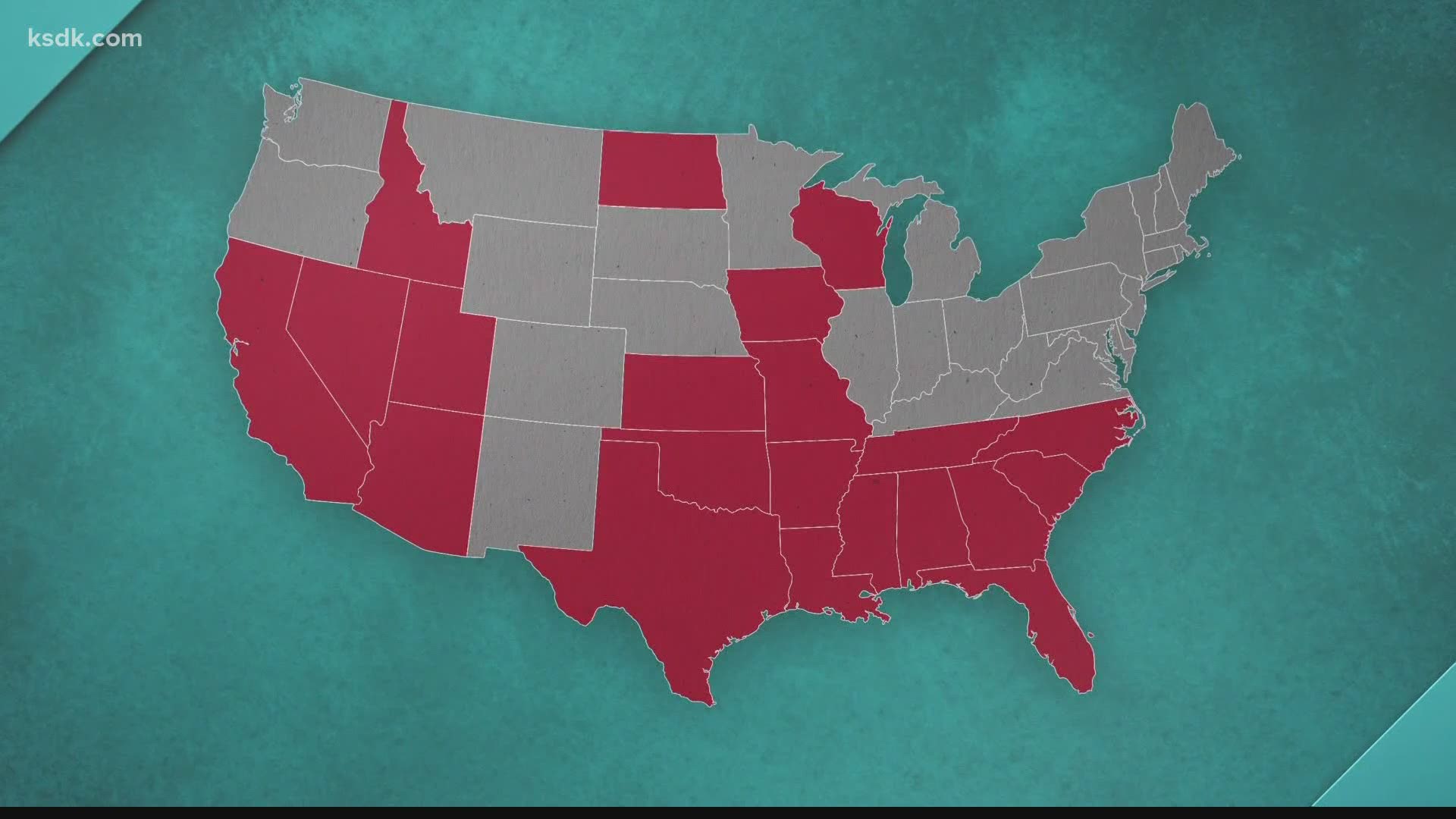 National leaders are sounding the alarm due to rapid rates of transmission. Cases in Missouri rose 79% over the past two weeks, which is the third highest increase of all states.

This comes as Missouri hit a new record number of cases. Other states are issuing travel warnings for Missourians, requiring a 14-day self-quarantine if traveling from the Show-Me State.

The White House is encouraging leaders in the 21 red zone states to impose more restrictions to slow the virus’ spread.

Dr. Alex Garza of the St. Louis Metropolitan Pandemic Task Force said there are two reasons for the jump in positive tests.

“We’ve had somewhat of a data dump, and so that influences the number,” he explained. “However, the majority of it is due to transmission in the community. We’ll see a higher percent positive, we’ll see more cases documented and we’ll see more hospitalizations occur.”

St. Louis County is preparing to roll out restrictions Friday afternoon, which limit gatherings to 50 people, lower business capacity to 25% , and shut down bars by 10 p.m. County Executive Sam Page also has called for faster test processing and has asked anyone who is tested to self-quarantine while waiting for their results. 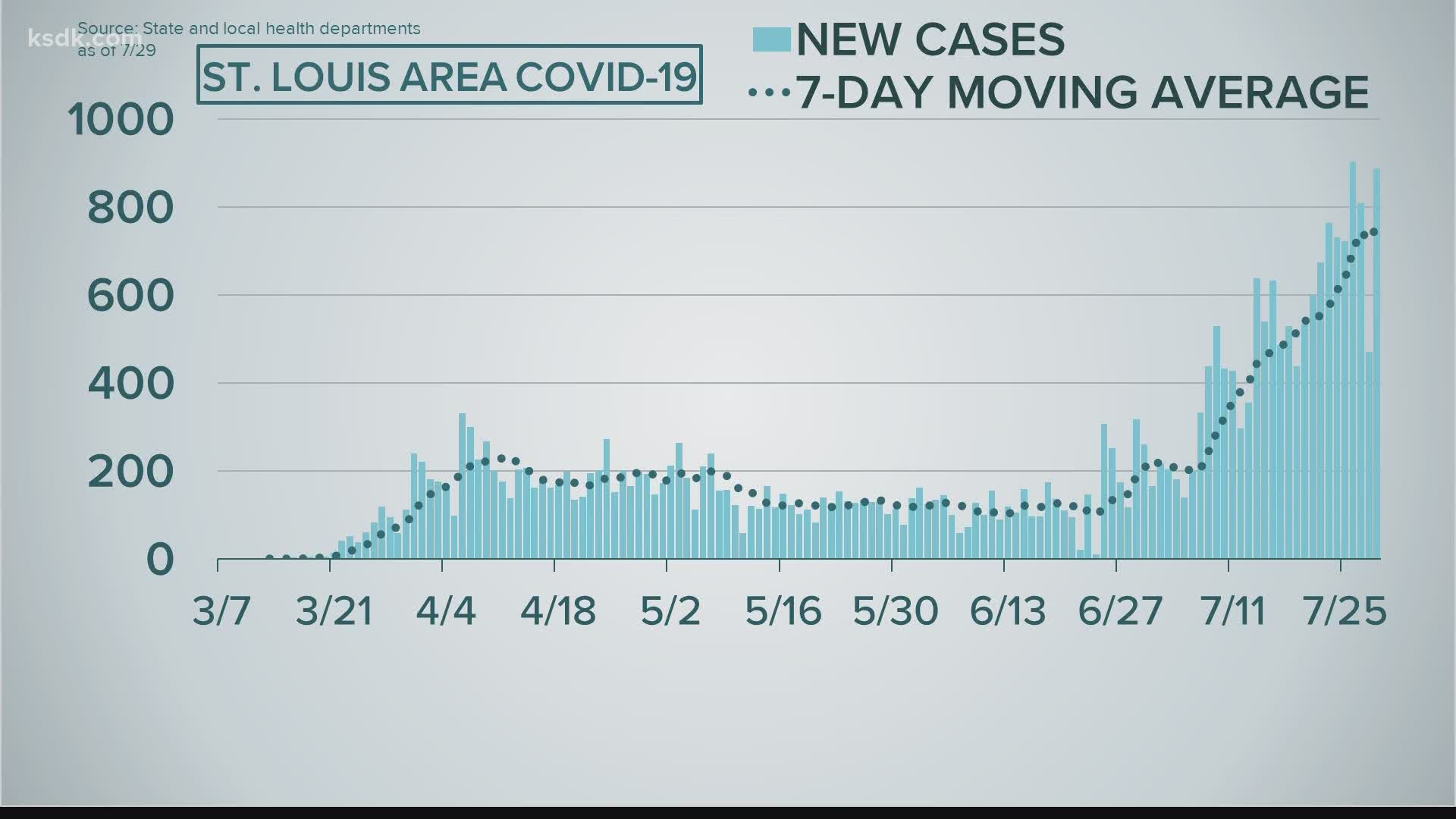