"They are going to garnish my paychecks to the point that I won't be able to afford childcare to be able to go to work so it's a little backwards," she said 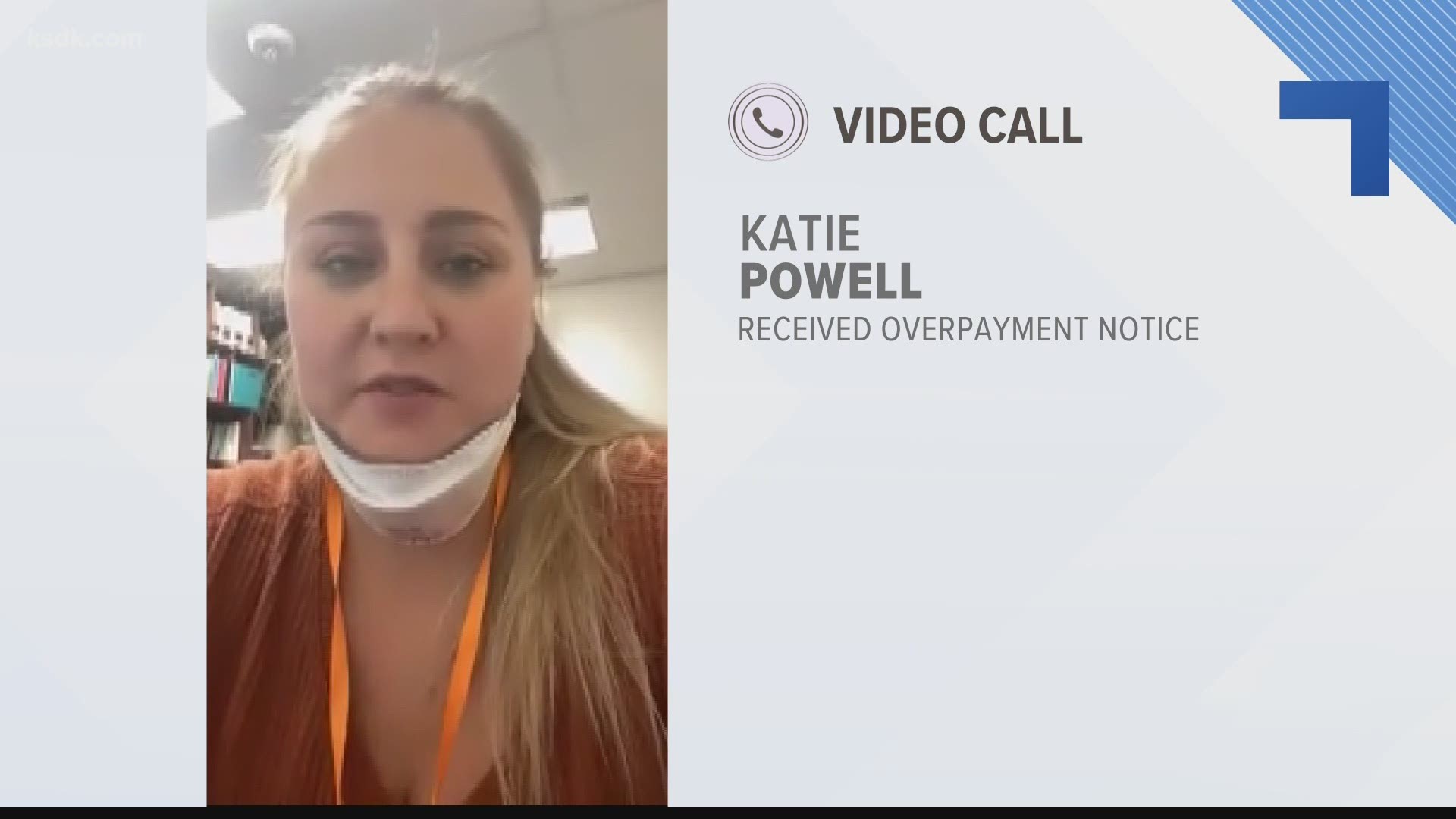 ST CHARLES, Mo. — Imagine losing your job, filing for unemployment, and then being asked to pay all of it back.

That's what is happening to one Missouri woman who says the state wants her to fork over nearly $10,000.

Powell's story during the pandemic is not unique. In fact, it's something millions of Americans can relate to.

"Services were canceled or temporarily suspended for that time causing my income to be reduced and I applied for unemployment," said Powell.

A year after losing her job, Powell said she received a notice saying the unemployment that kept her family of five afloat was to be paid back to the Missouri Department of Labor.

"Because it was paid at no fault of mine but inappropriately is basically what the letter said," said Powell.

According to 5 On Your Side's partners at St. Louis Public Radio, the department of labor confirmed in an email it overpaid about $96 million between January and September 2020, or about 2% of all the benefits paid out.

"They are going to garnish my paychecks to the point that I won't be able to afford childcare to be able to go to work so it's a little backwards," said Powell. "It'll set me back in a way that I might not be able to recover from."

"There was mistakes made, there's no doubt about that, but at the end of the day, I think there is a responsibility with taxpayers' money. If somebody got more money than they should've got, you should ask for it back and say, 'Hey, you owe it to the taxpayers, you don't owe it to me, you owe it to the taxpayers,' because there's going to be somebody tomorrow wanting unemployment benefits," Parson said during a Feb. 4 briefing.

Powell said she filed for an appeal that was scheduled for Wednesday, Feb. 24. She says no one showed up to that meeting and it was rescheduled. She also claims finding someone to speak with at the unemployment office is nearly impossible.

“I think its important for the powers that be or whoever is in charge to be a better leader and make sure that there is somebody for people to contact and for somebody to be able to answer the questions," said Powell.

5 On Your Side reached out to Missouri's Department of Labor for a comment but have not heard back.

If you receive a letter like Powell's, it's recommended you file an appeal or contact your state representative.