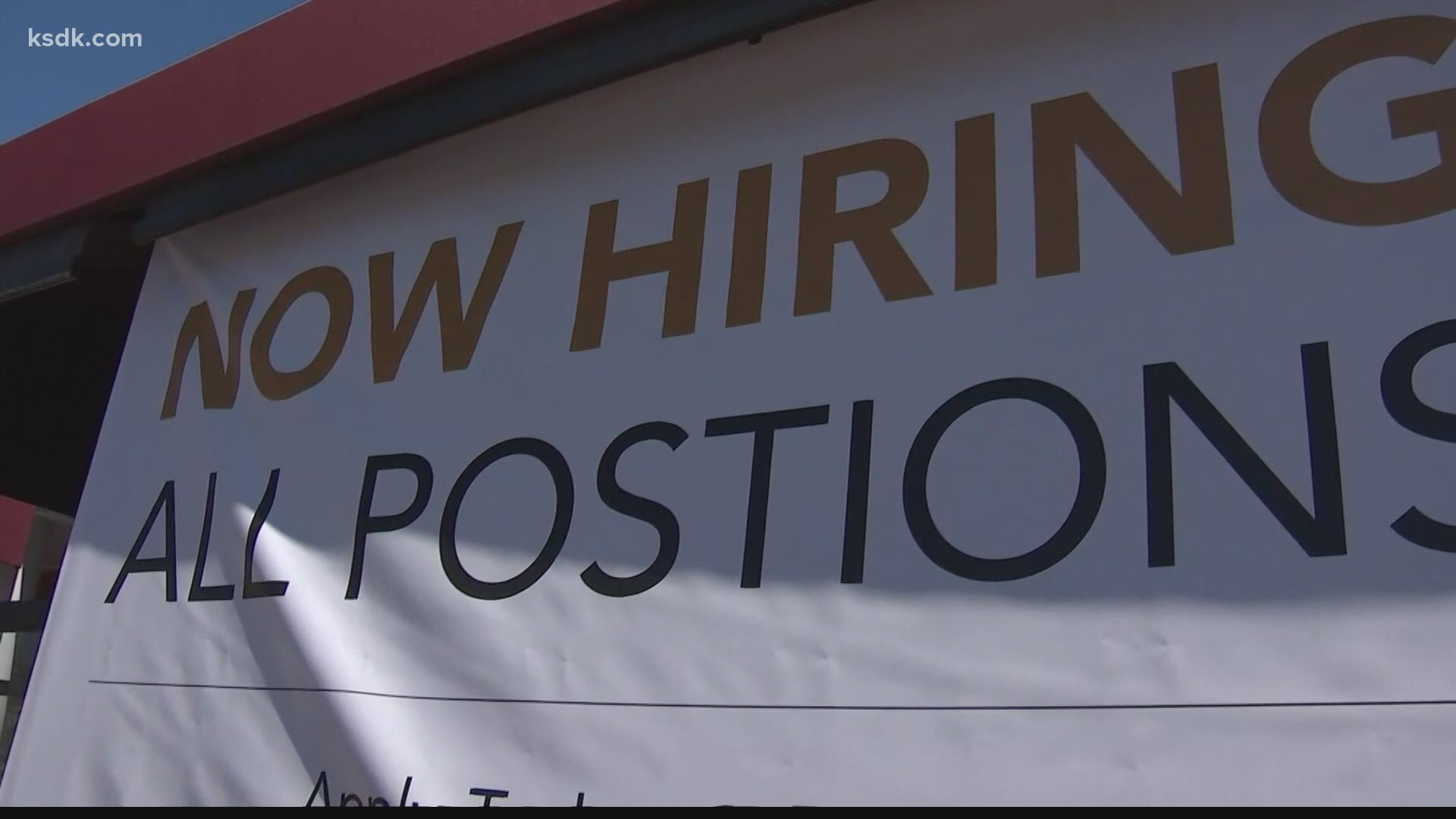 ST. LOUIS — Bright red hibiscus blooms and blue skies make for the perfect dinner service at Tempus in the Grove because each table will be dining al fresco Friday night, in spite of a growing appetite for indoor options.

"We are all eager to open our dining room, but we are unable to open it now because of staffing shortages," owner Ben Grupe said.

Grupe said they get calls every day asking if the dining room is open, but they'd still need a handful more employees to make that possible.

"We had an interview scheduled for 5 o'clock today, we were all super excited about it, and no-show. So that's been the ongoing trend," Grupe said.

When Governor Mike Parson announced he would end federal unemployment money, he said the $300 extra weekly income incentivized people to stay home. But the most recent jobless numbers don't back up that hypothesis.

"Prima facie I would say there isn't much support for the governor's contention that the extra federal unemployment benefits keeping people away from jobs," Radhakrishnan Gopalan, a finance professor at Washington University's Olin Business School, said.

Gopalan said June unemployment numbers don't show the full scope of ending federal benefits, since that change went into effect June 12th. But still, monthly numbers were up. So there are likely other factors at play.

"There is a natural reluctance for people -- especially in the customer-facing customer sectors -- to go back to the job market," Gopalan said of continuing health concerns.

"And the second issue that has been highlighted is lack of adequate childcare," he added, explaining some parents are staying home during the summer with kids, particularly if they are too young to be vaccinated.

"I'm originally from India, the delta variant started out in India, and I have seen the ravages that it wrecked in India," he said, adding of the variant's spread in unvaccinated areas "in the US, unfortunately, this is a self-created crisis."

In the southwest corner of the Show Me State, Mercy Springfield and Cox South have seen a seven-fold increase in COVID patients since May. Mercy has now set new records for coronavirus patients.

Gopalan said the fastest way to turn things around will be vaccines.

"It's not my role to remind people to get vaccinated but as an economist -- somebody who's concerned about the local economy and the state's economy -- I think the only way in which the labor market will come back to any sense of normality is if our vaccination rates really pick up and pick up quickly," he said.

That -- Gopalan said -- could get people back to work. Good news for business owners like Grupe.