Nearly $1.4 billion in coronavirus stimulus payments were sent to people who were deceased, according to a government watchdog report. 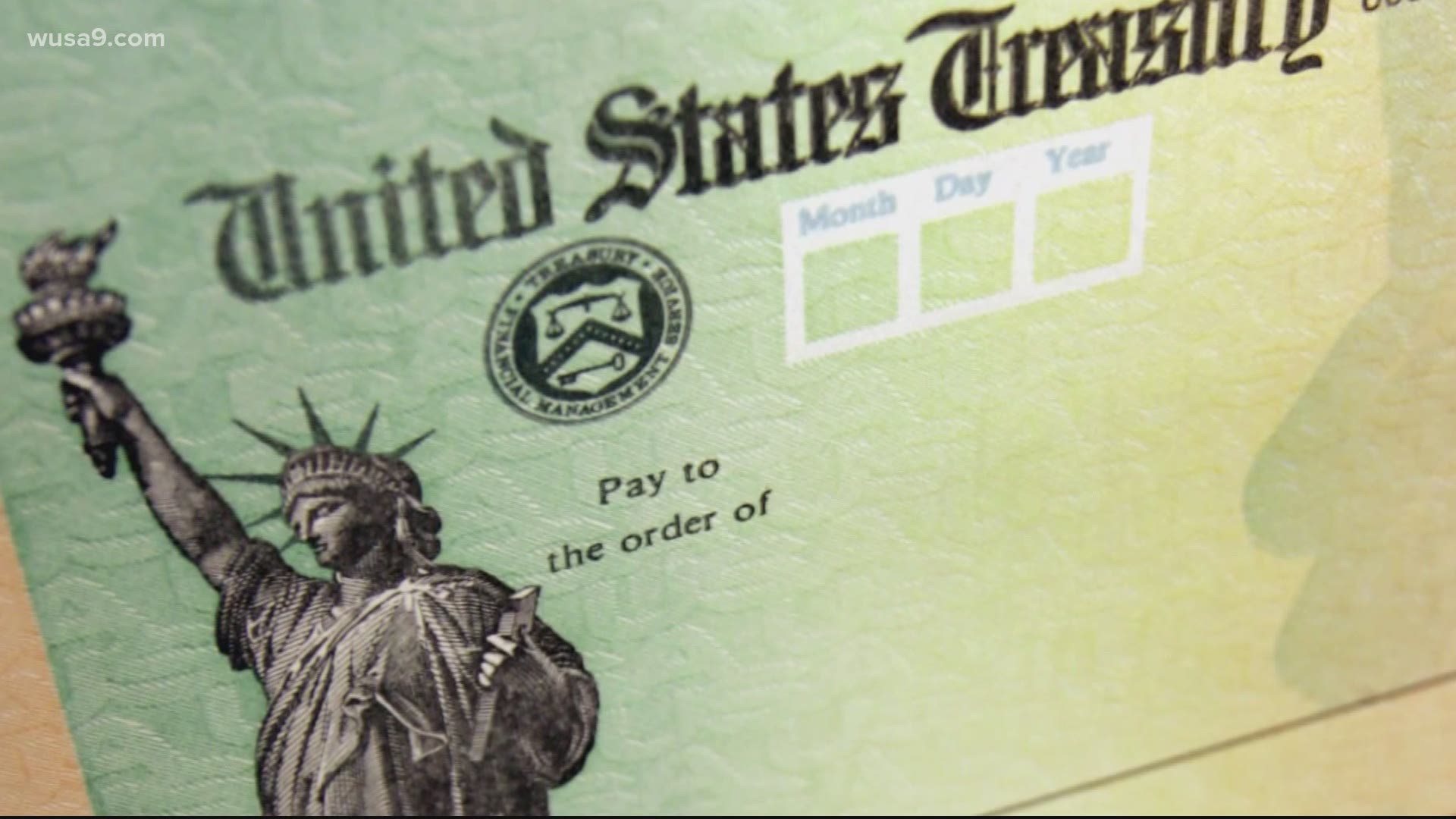 WASHINGTON — At least 1.1 million stimulus payments were sent to Americans who had died, totaling nearly $1.4 billion, according to a government watchdog report released on Thursday.

The finding came to light in a 403-page report as part of a comprehensive review of the nearly $3 trillion in coronavirus relief spending approved by Congress earlier this year.

According to the U.S. Government Accountability Office, treasury officials said that to get payments out as fast as possible, following the passage of the CARES Act, they didn't use death records to halt payments going to deceased individuals in the first three batches of payments.

The news comes as President Donald Trump and Democrats call for another round of direct stimulus payments and could be another reason for Republicans to push back on the idea.

Credit: AP
In this April 23, 2020, photo, President Donald Trump's name is seen on a stimulus check issued by the IRS to help combat the adverse economic effects of the COVID-19 outbreak, in San Antonio.

"Unfortunately, because we did act so quickly, this was this was a mistake," Sen. John Cornyn, R-Texas, told KHOU. "This shouldn't have happened when you pushed that money out that fast to that many people, which we felt like we needed to do because people were not receiving any income through no fault of their own."

The GAO said part of the problem was that while the IRS has access to the Social Security Administration's full set of death records, Treasury and the Bureau of the Fiscal Service, which distributed the payments, do not.

The report suggested Congress should provide "Treasury with access to SSA’s full set of death records" and require that Treasury consistently use it, to "help reduce similar types of improper payments in other circumstances."

RELATED: The cost of dead Americans receiving stimulus checks and what happens next

The GAO also recommended the IRS consider "cost-effective options for notifying ineligible recipients how to return payments." In response, the IRS agreed with this recommendation.

While the IRS updated its website and issued press releases in May alerting Americans that they should return checks sent to deceased individuals, the GAO report noted there hasn't been any further action to alert ineligible recipients on how to return payments.

"Without exploring cost-effective options to communicate the payment return process, ineligible recipients who would otherwise want to return the payments may be unaware how to do so," the watchdog report stated.