The federal government gives a red zone designation to states with positivity rates above 10%, or with more than 100 new weekly cases per every 100,000 people 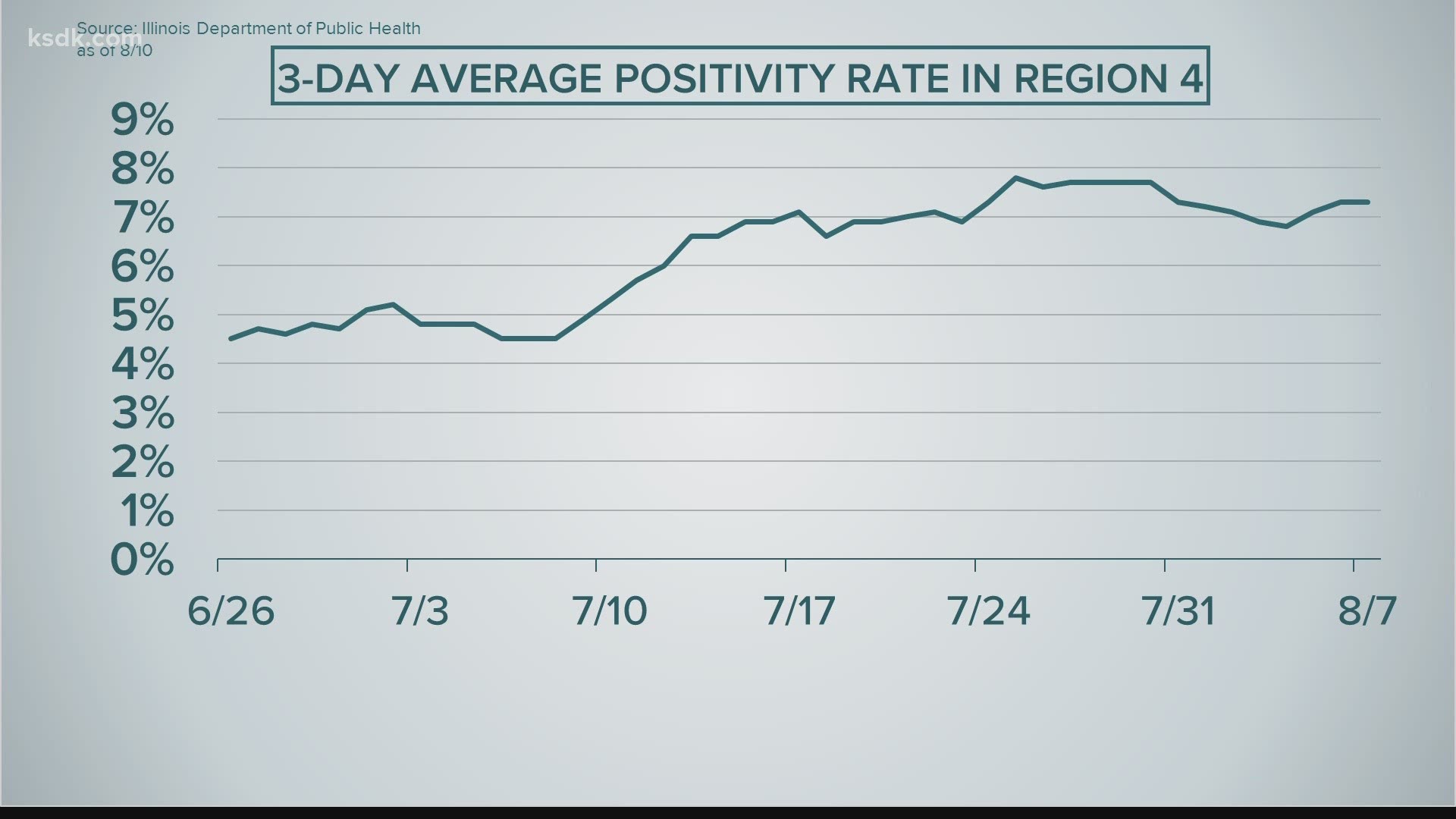 KANSAS CITY, Mo. — Missouri's top health official has insisted that a statewide mandate for masks and social distancing doesn't make sense, even though the federal government has designated the state a “red zone” for new coronavirus cases.

The designation is cause for concern, said Dr. Randall Williams, director of the Missouri Department of Health and Senior Services.

“The red is a warning that we take very seriously,” Williams told KCUR-FM radio for a report published Monday. “What I tell people is: What does red mean? It means you stop, you use caution.”

The federal government gives a red zone designation to states with positivity rates above 10%, or with more than 100 new weekly cases per every 100,000 people.

“Missouri is a very diverse state … it doesn’t lend itself to that kind of one-size-fits-all strategy,” Williams said.

The state health department reported Tuesday that Missouri has confirmed 981 more cases in the last 24 hours, taking the state’s tally to 60,935. The number of actual cases is thought to be far higher because people can be infected with the virus without feeling ill and because of a lack of testing, particularly early in the pandemic.

The department also reported another five coronavirus-related deaths, bringing the state’s total to 1,312.

The seven-day positivity rate was reported to be 11.6%.

Williams argued most of the new cases are in the St. Louis and Kansas City areas, and that a statewide stay-at-home mandate like the one the governor ordered in April wouldn't be as effective as what he calls a “clinical” strategy that supports local officials.

But Chris Prener, a sociologist at St. Louis University who has been tracking the COVID-19 data, countered that the virus has now spread far more across the state than in the spring.

Health officials earlier this summer blamed outbreaks in nursing homes, jails and meatpacking plants for the rise in reported cases, but the virus is now spreading more freely among counties without links to those crowded facilities.

“Missouri as a state is trending in the wrong direction,” St. Louis County Executive Sam Page said. “The cases of COVID-19 are moving up in the south, people in Missouri tend to travel a lot, and we believe that’s associated with an increased rate of COVID in our community.”