The state ordered an end to all elective surgeries to save protective gear while hospitals prepared for a large number of COVID-19 patients who have not arrived. 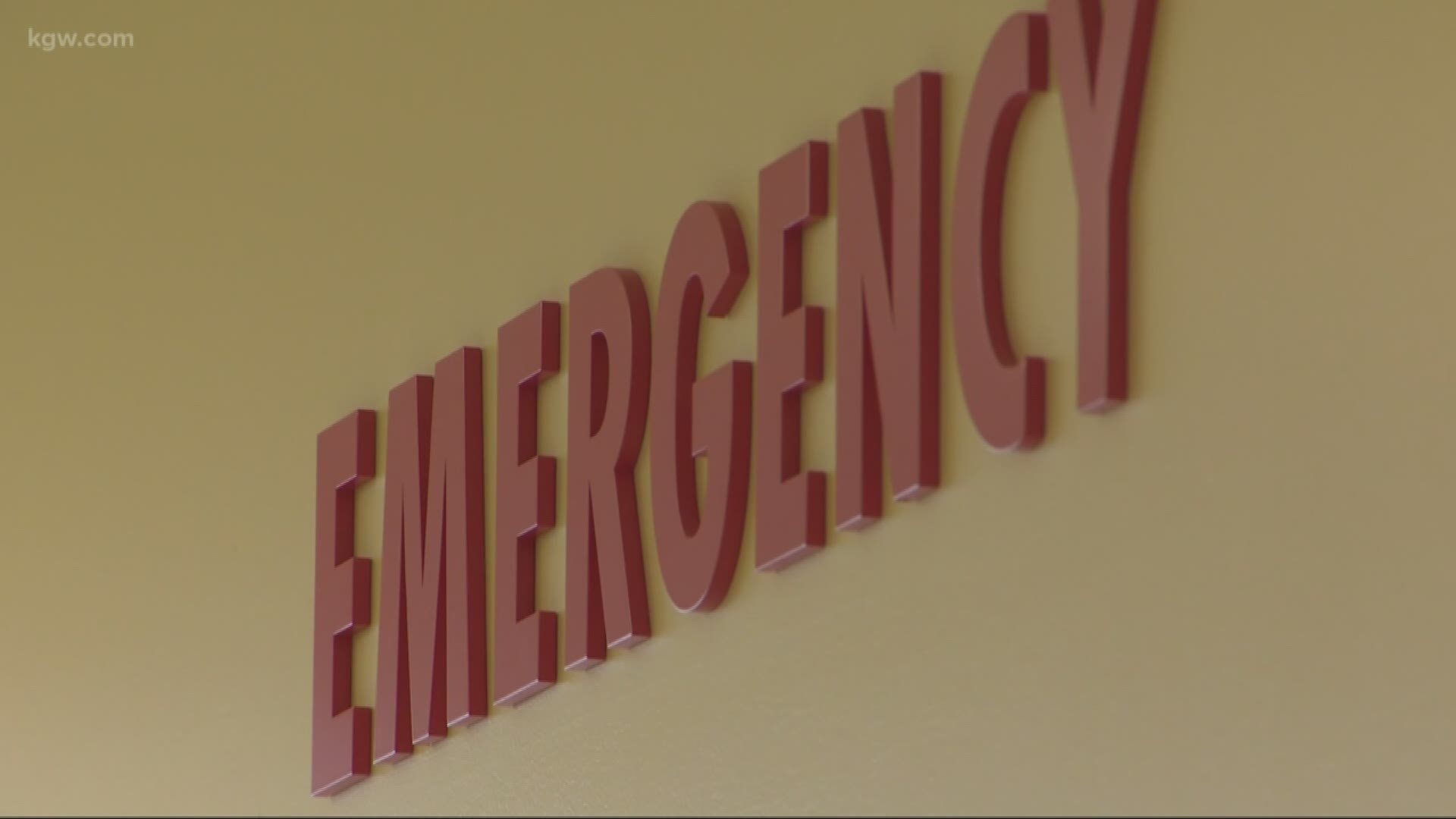 PORTLAND, Ore. — In rural Oregon, hospitals are often the biggest employers around.

But in the upside-down world of COVID-19, hospitals and the communities they support are also one of the businesses hit hard financially.

That’s because the state ordered an end to all elective surgeries to save protective gear. At the same time, hospitals prepared for a large number of COVID-19 patients who have mostly not arrived.

That left many hospitals with little or no business and took them off a financial cliff.

“At the end of February we had 28 days cash on hand,” said Curry Health Network CEO Ginny Williams. “So it has forced us to take some dramatic expense reductions.”

The network is headquartered in Gold Beach on the southern Oregon coast. The county has four COVID-19 patients. None has been hospitalized.

Still, Williams had to lay off staff and lost some doctors when she tried to renegotiate their contracts to cut costs.

“We just can’t afford to have people here and not seeing patients, not working, not generating revenue. It is how health care is established in our country. And it’s unfortunate. It's hit us hard,” she said.

Wednesday morning, the heath network received a $4.5-million Payroll Protection loan from the federal government. Another $957,000 came in from the CARES ACT but Williams said the system is “still not out of the woods.” She’s one of many CEOs who worry about how long it will take patients to return to health care after restrictions are lifted.

Charlie Tveit is CEO of Lake Health District in eastern Oregon. He shares the concern and thinks it could take six months for business to return to normal volumes.

“We are one of the few counties that have no patients,” he said.

The hospital added 23 beds to the 24 already existing that can handle COVID-19 patients. So far, not a single patient with the virus has used them.

In eastern Oregon, Ken Hart is CEO of Saint Alphonsus hospital. He too has seen revenues fall, by about a million dollars, from stopping elective surgeries and other procedures.

“Our volume in that area is down 70 percent. Our ER volume is down as well. So the financial impact of not having those additional procedures happen in the hospital has been fairly severe,” he said.

Governor Kate Brown said recently she wants to get rural hospitals back operating.

“These hospitals are just really, really challenged. They have very few beds and they provide what I would call critical care to Oregonians living in these communities. So, I think it’s so important both from a health care perspective but frankly also from an economic perspective to get these hospitals and the health care providers open as quickly as possible,” she said.

The governor is meeting with her health advisory committee to decide when that should happen.

The executives I talked with said they are ready now.

“We would very much appreciate that ability -- especially in the rural areas like ours that have had a very, very limited impact as far as positive COVID,” said Hart.

RELATED: How many people have recovered from COVID-19? OHA now tracking that number