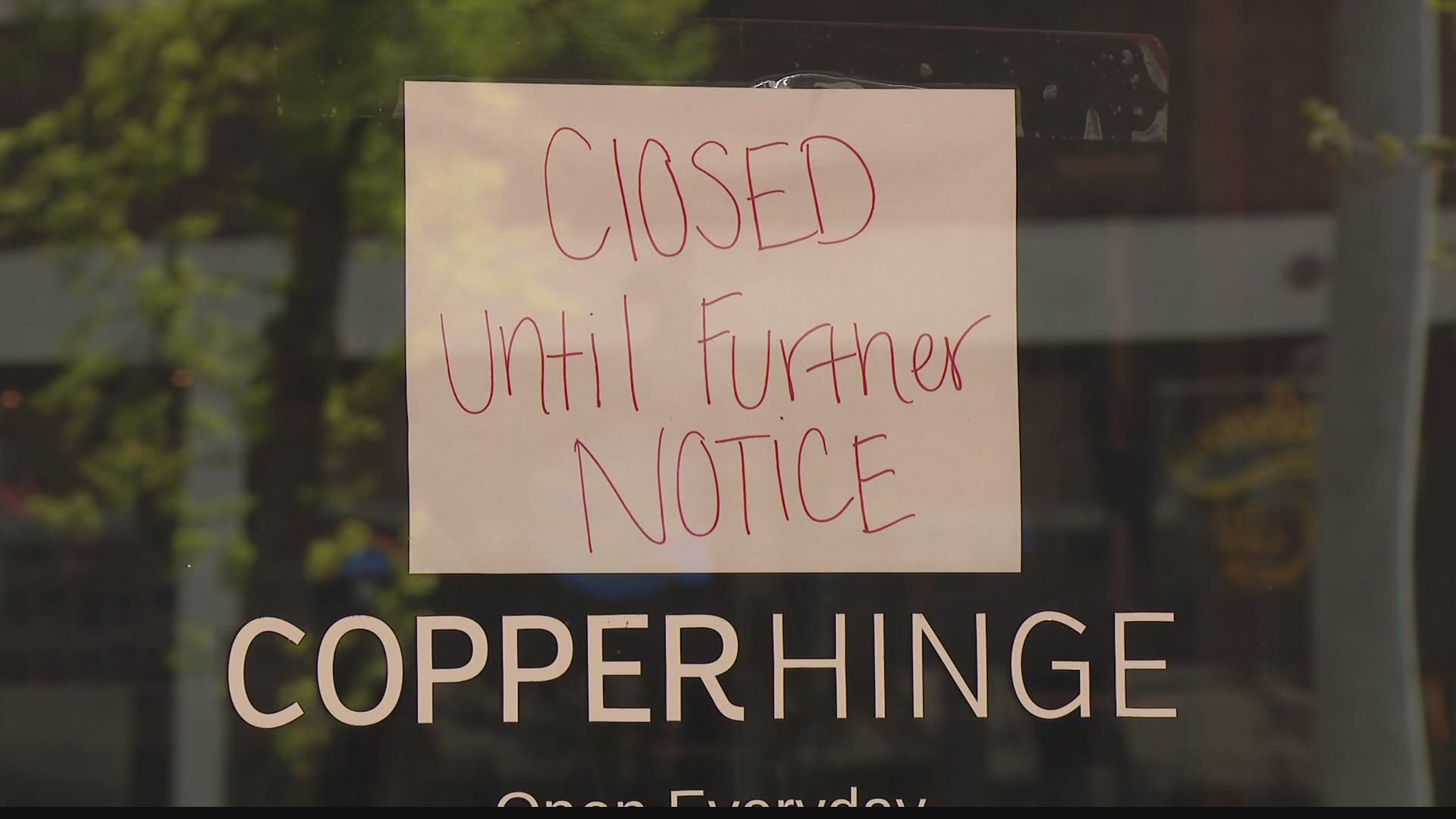 ST. LOUIS — The peak of a pandemic is not the time to reopen businesses. That was the message Wednesday from the head doctor behind the St. Louis Metropolitan Pandemic Task Force.

“The initial crest is our best estimate of when the number of infections among our people in the region will be at its highest point,” said Dr. Alex Garza. “And I think most people would agree that’s hardly a time to relax or let our guard down.”

The number of COVID-19 patients in St. Louis area hospitals is expected to be at its highest point this Saturday, according to the task force’s models.

“The initial crest creates probably the greatest risk for people in our region and that risk will be there a little bit longer after the crest has past,” Dr. Garza explained.

Saturday also happens to be the day Franklin County Presiding Commissioner Tim Brinker announced some businesses can reopen. Golf courses, movie theaters, concert halls, gyms and fitness studios are among the businesses that will be allowed to welcome customers again — but they’ll still need to abide by Missouri’s social distancing and gathering limits of 10 people or fewer.

The Franklin County businesses will be able to reopen more than a week before Missouri’s stay-at-home order is scheduled to end.

Dr. Garza addressed the county’s decision following a question from the media.

“We’re at the very top of the number of infections that we’re seeing in the community,” he stressed. “It would be difficult to say now’s the time to start relaxing social isolation and all those things we talk about to decrease transmission in the community.”

The doctor said his fear – as he’s expressed several times over the last week – is relaxing too much too soon, causing a rebound effect or a second wave of infections.

Dr. Garza said the social distancing and stay-at-home measures are working, resulting in a bend in the curve he pointed out last week, and added that everything should stay in place even beyond the peak until local leaders and health care systems have plans and supplies in place, like robust testing and contact tracing capabilities.

Without enough testing, public health experts are operating in the dark. They don't know who has COVID-19 — especially those without symptoms — and who doesn’t.

Garza said antibody testing, which shows if you've been exposed, will likely be available in the next couple of weeks. And the task force is working with academic partners to develop a testing strategy.

RELATED: When can we start to reopen Missouri? Not yet, St. Louis doctors say

There won’t be enough tests for everyone, but the task force is figuring how to sample the population to see how prevalent coronavirus is here.

"We'll have to figure out a number that says we think this is what the community looks like as far as exposure to the virus,” he said.

That plan should be ready within a week, Garza said Tuesday.

“The virus hasn’t gone away, it’s still in the community. We still have a large number of people that are susceptible as well,” he said. “We have to keep those things in mind as we’re developing our plans for reopening the economy.”

As of April 21, there were 4,975 confirmed COVID-19 cases in the St. Louis area, which includes portions in Missouri and Illinois. In that same coverage area, 213 people have died because of the virus.