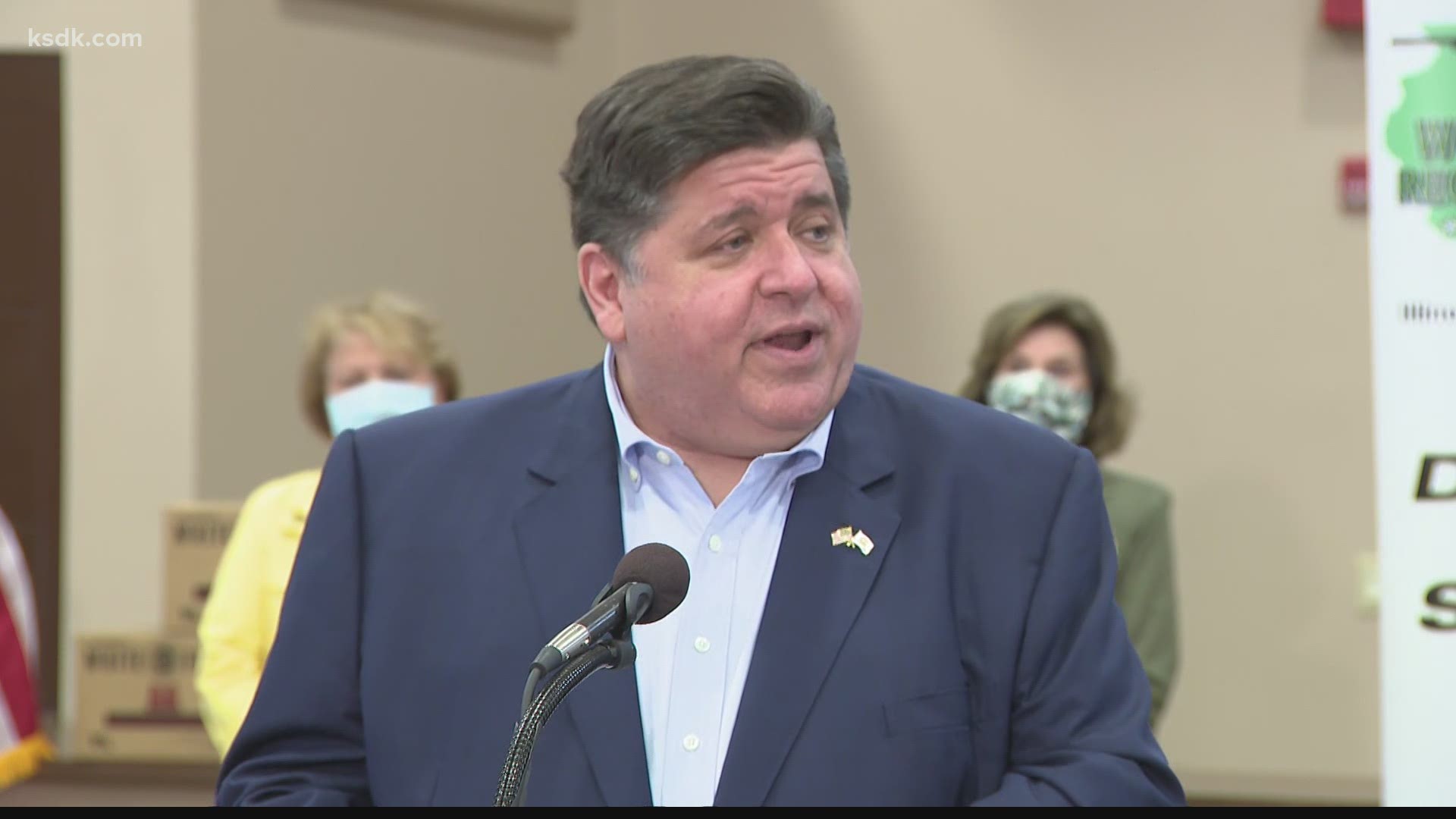 At the World Shooting and Recreational Complex in Sparta, officials announced the return of the Amateur Trapshooting Association Grand American event, which will bring in 5,000 competitors and three times as many spectators.

“I know everyone with me today shares my excitement about what bringing the Grand back to Illinois means for all of us," Pritzker said. "Of course, we have to make sure we don’t see another surge of the virus, and the best way to do that is to get vaccinated. If you haven’t gotten around to it, it’s time to 'vax-up.'”

At the Route 4 Restaurant in Sparta, the hand-written sign on the door reads “Please do not enter if symptomatic.”

You can get a lunch special 3-piece chicken dinner for $6.25 and a variety of opinions about the COVID vaccine inside.

“I got my first vaccination Jan. 16, and I got my second one four weeks later," Sparta resident Mary Sternberg said. "I encourage everybody to get it.”

“Myself, I’m not going to take the shot," said Kim Rasnick, of Steeleville. "I had COVID and it didn’t really affect me that much. The studies that have been done on it are not proven.”

In March, the CDC said the two vaccines available since December — Pfizer and Moderna — were highly effective at 90% after two doses. That data came from real-world use of the vaccine in the first months of their availability. In testing, the vaccines were about 95% effective in preventing COVID-19.

Pritzker announced a mass vaccination clinic at the World Shooting and Recreational Complex, May 14-15. White House officials, meanwhile, have announced health officials are shifting vaccines from places of low demand to places of higher demand. Pritzker was asked if he supports President Biden’s plan to move vaccines around among states.

“So now I’m glad to see the White House is allowing states to take from states that aren’t taking so much vaccine in distribution to send those vaccines to states like Michigan that are asking for more,” he said.

Pritzker says a decrease in COVID vaccine demand is not unique to southern Illinois.

Pritzker provided an incentive for southern Illinois residents to turn out at that mass vaccination clinic, May 14-15. People who get the shot will get 100 free targets of trap, skeet or sporting clays any time before the end of October.

RELATED: Get some free target shooting with your COVID-19 shot in Sparta, Illinois