With fewer forms and less experienced applicants, bars and restaurants are facing a staffing shortage as we emerge from the pandemic 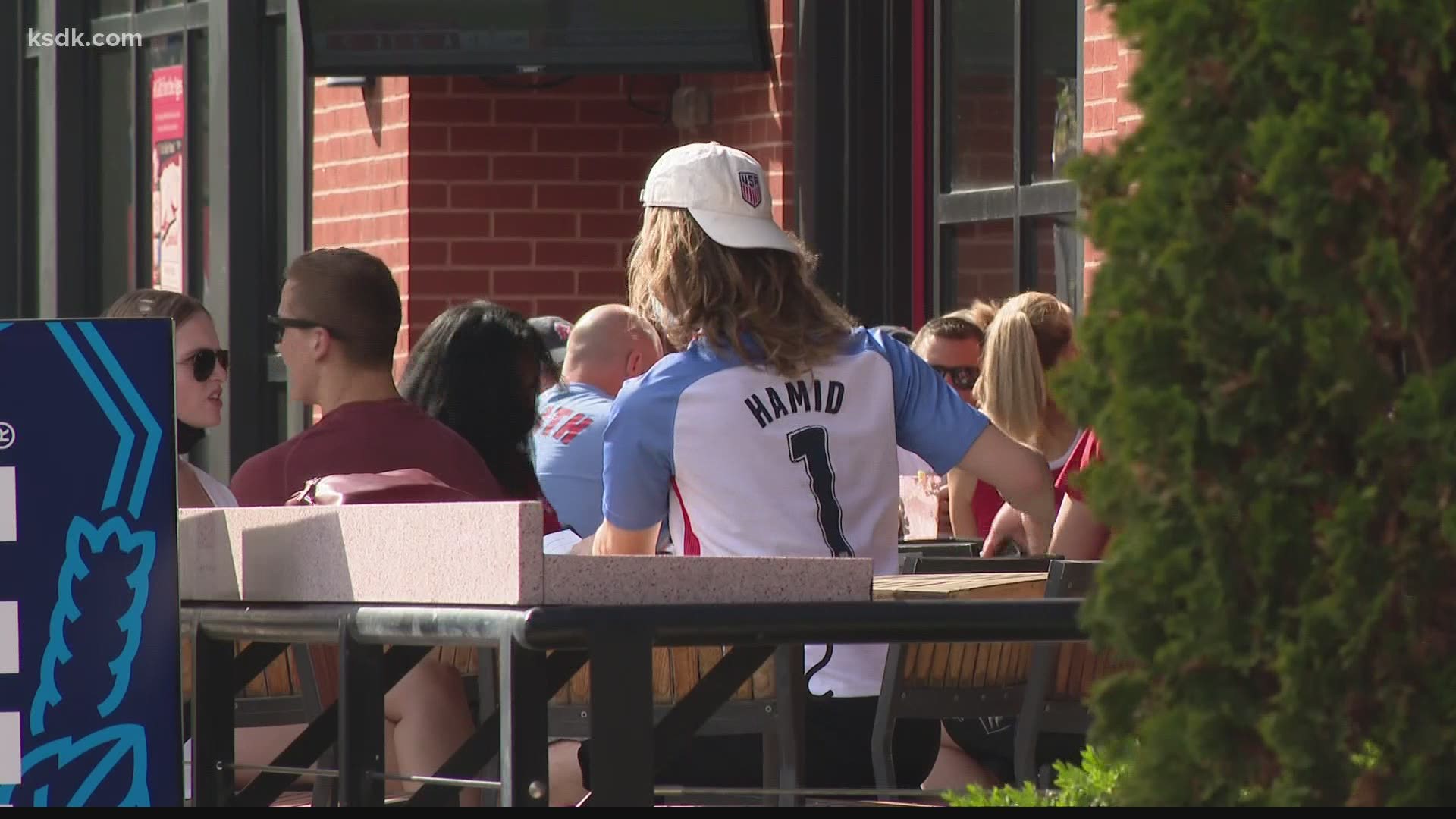 ST. LOUIS — Monday afternoon, the tables start to fill at Ballpark Village with a crowd wearing a mix of Blues and Cardinals red. The two St. Louis teams were scheduled to playing at home at the same time for the first time in 22 months.

But businesses around the city report staffing shortages as they try to make the most of the crowds.

"There's a very visible vibe about sports returning, especially when you talk about 14,000 people now venturing through and around Ballpark Village to go to the stadium," Ballpark Village's Mike LaMartina said of the sports fans. "That's something that was not there last year."

LaMartina said they're trying to hire more staff for all the various businesses at BPV, but they're not getting as many applications as they would have in previous years, plus many more people are applying with little to no restaurant experience.

"There are a lot of jobs available across all of these industries for sure, and the pool is not as robust as we would all have liked," he said.

In the Grove, Tempus will start sidewalk dining this week, with hopes of opening for indoor customers soon, but they need to hire 10 people.

"We feel it's a little more challenging because we have really nothing to build on," chef operator Ben Grupe said. "We are a new concept, we are a new team, and we're obviously in a new restaurant so we don't have that recognition already."

Grupe's restaurant opened in October, strictly selling to-go meals through a side window. And while some businesses try to recall staff that may have been cut during closures, that's simply not an option for a restaurant starting from scratch.

For a list of Tempus job openings, visit tempusstl.com.

For a list of Ballpark Village openings, visit stlballparkvillage.com.