"The race is not over. We're at a critical point here. We don't want things to get worse," said St. Charles County Executive Steve Ehlmann 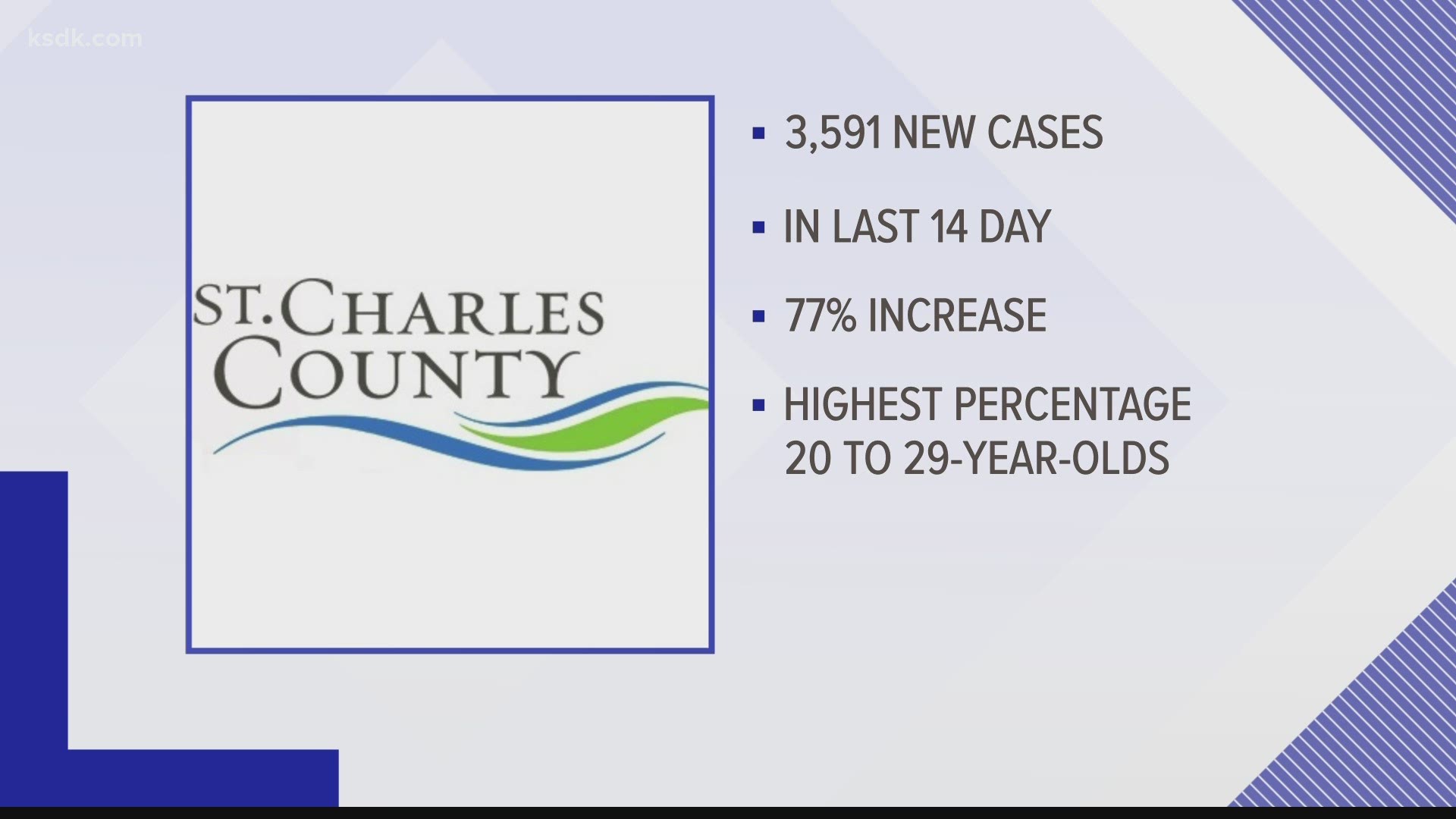 "It's very concerning for many reasons. Three or four months ago we had a third as many cases as in St. Louis, St. Louis County. Jefferson and Franklin Counties were doing even better than we were," Ehlmann said.

But now, a sudden surge in St. Charles County.

According to the health department, there have been more than 3,500 new COVID-19 cases in St. Charles County, which is an increase of 77% in just two weeks.

Officials say the group with the highest percentage of total cases is from 20 to 29 years old.

"Whatever your approach has been in the past , it's not working now and I don't know if it's the nature of the virus or if it's human nature," Ehlmann said.

There have also been 173 COVID-19 related deaths in St. Charles County.

"It is growing slowly and we're not happy with it. I think October was our second highest month. We had 29 deaths in October," Ehlmann said.

Ehlmann says at the beginning of the pandemic many people in St. Charles County followed the CDC's recommended health precautions.

"I think we've gotten into a situation where people let their guard down," added Ehlmann.

If the county cannot flatten the curve, he says a mandate may not be out of the question.

"The race is not over. We're at a critical point. We don't want things to get worse," he added.

RELATED: Here's what tighter COVID-19 restrictions in St. Louis County will look like, according to source