St. Louis has the second most cases and deaths in Missouri 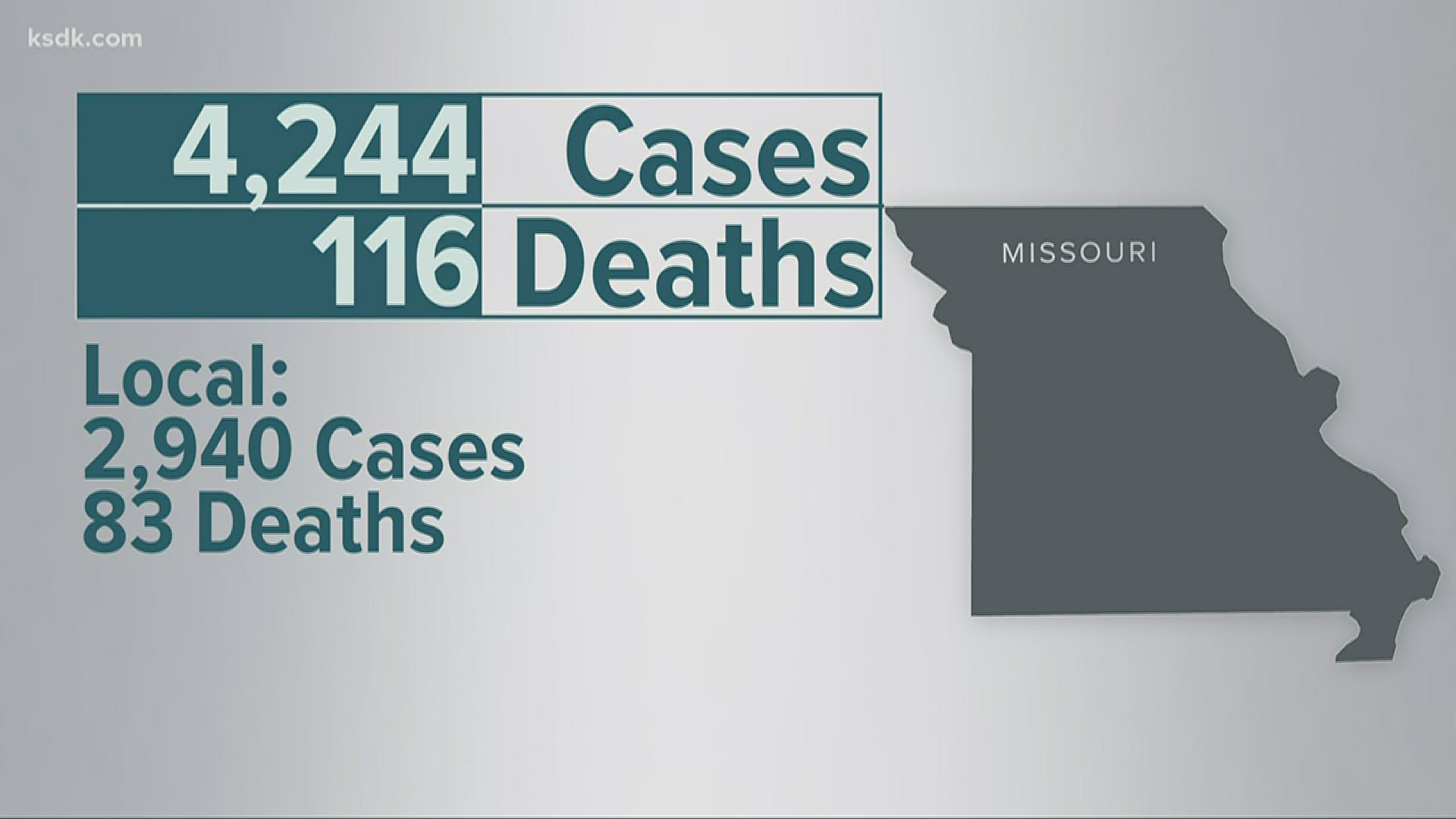 In a Sunday evening press release, the health department said they were notified of the deaths of two black men. One man was in his 50s and the other was in his 60s.

Sunday's deaths are the first the city's health department has announced since Friday when they announced four new deaths in the city.

RELATED: 'No race is immune to this virus' | 4 more St. Louis residents die from COVID-19, bringing total to 17

The first 13 patients to die from COVID-19 in St. Louis were black.

St. Louis has the second most cases(645) and deaths(19) in Missouri, behind only St. Louis County.