The low increases came on a day when Missouri reported its highest single-day test increase and Illinois tested more than 10,000 patients for the 12th day in a row 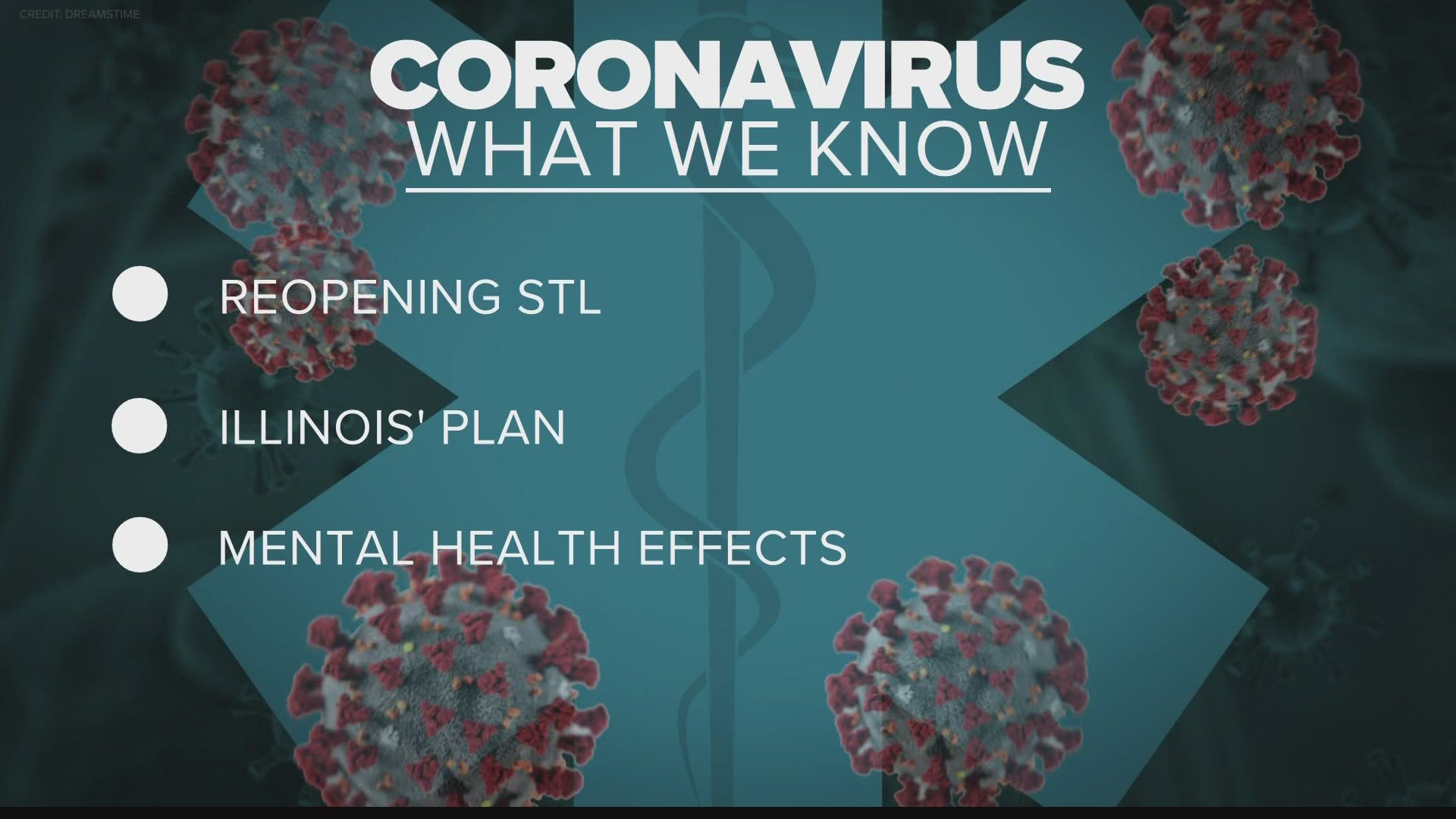 ST. LOUIS — On Tuesday, the number of coronavirus cases in the St. Louis area increased by 112, the lowest single-day increase in total cases since April 5.

Some of the counties with the highest number of confirmed cases in the area saw their smallest increases in days or weeks.

St. Louis County had an increase of 48 cases, the lowest the county has seen since April 5, and the lowest percentage increase since March 30, when no new cases were reported.

St. Charles County reported three new cases Tuesday. If you exclude April 30, when the county's numbers decreased due to a system change, it was the lowest increase since April 18.

Jefferson County (three new cases) and St. Louis (16 new cases) had their lowest increases since May 2 and May 1 respectively.

The low increases came on a day when Missouri reported its highest single-day test increase and Illinois tested more than 10,000 patients for the 12th consecutive day.

The seven-day average of new patients being admitted to the hospital is gradually falling, the task force explained.

On April 9, the average was 59 new COVID-19 patients per day admitted to St. Louis hospitals. Nearly a month later, the average has dropped to 42, which is a decrease of one since Monday.

Another promising sign released by the task force doctors is the seven-day average of the total number of COVID-19 patients in area hospitals. The average decreased slightly from 670 patients Monday to 669 patients Tuesday.

“This is the lowest this figure has been since April 17,” the task force wrote in an email Tuesday afternoon.

As for single-day numbers, the task force released the following updates Tuesday:

For a full county-by-county breakdown in Missouri and Illinois, use our interactive maps below: