Dr. Garza said the reproductive rate of the virus was over one throughout the area, meaning the virus is "spreading pretty much everywhere" 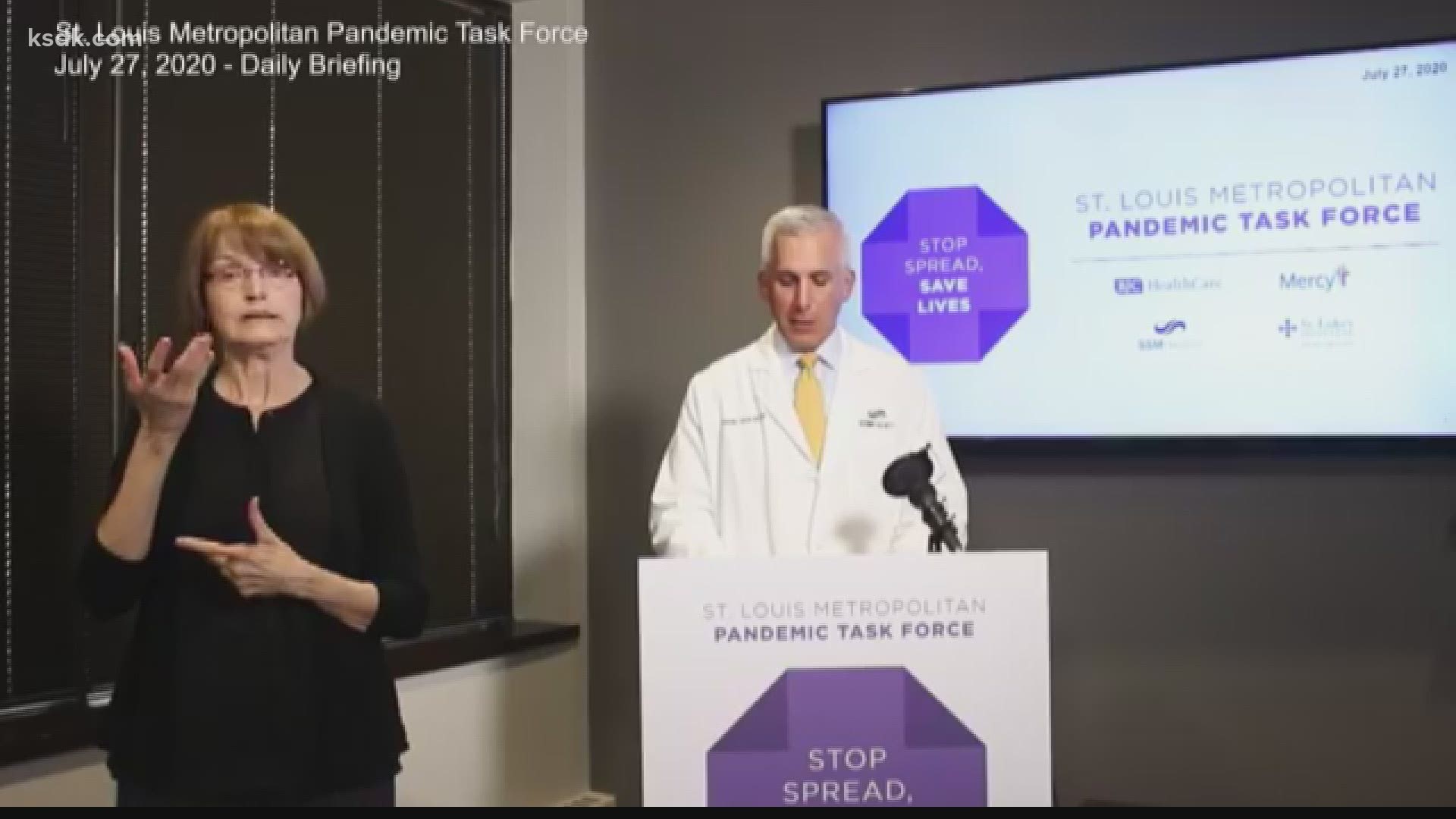 Dr. Alex Garza, incident commander of the St. Louis Metropolitan Pandemic Task Force, said the 63385 ZIP code in Wentzville saw the most significant increase from week to week. Other ZIP codes mentioned by Dr. Garza were:

The ZIP codes Dr. Garza mentioned didn't necessarily have the most number of new cases over the last week, but saw the largest increase in cases when compared to the previous week.

Dr. Garza said the reproductive rate of the virus was over one throughout the area, meaning the virus is spreading pretty much everywhere.

"This clearly shows that transmission is occurring throughout the metropolitan area. If it's urban, suburban, rural doesn't really matter," he said. "Cases are spreading pretty much everywhere now."

Despite increasing case numbers, task force reported 24 new COVID-19 admissions, the lowest number in more than a week. The seven-day rolling average of new admissions dipped back below 40, which Dr. Garza said was a positive sign.

On Monday, most of the data tracked by the task force decreased:

And there will be new processes to close businesses that are not in compliance.

"If businesses are not playing by the rules, they should not be open," Page said during a news conference Monday morning.

The restrictions will take effect Friday, July 31 at 5 p.m.

“All of the COVID metrics are moving at a concerning and unsustainable rate, including increasing cases, percent positives of testing, and hospital admissions. We must act now to avoid further spread, hospitalizations and deaths which typically follow rapid increases in cases”, said Dr. Garza. “We must take these steps if we want to flatten the curve, get our kids back playing sports and in school full-time, as well as keep everyone safe and healthy.”

The St. Charles County Health Department reported a total of 3,183 total COVID-19 cases in the county, a single-day record of 185 new cases. The department also reported four new deaths, bringing the total to 90.

On Monday, the Missouri Department of Health and Senior Services reported more than 1,000 new cases for the seventh consecutive day.

The state reported 14,953 new polymerase chain reaction, or PCR, tests in the last 24 hours, bringing the state's total to 641,904. PCR tests are the swab tests that look for active infection in people. The state's positivity rate increased for the seventh consecutive day Monday, from 6.69% to 6.71%.

Statewide hospitalization data has not been updated on the DHSS dashboard for more than a week.  A note from the Missouri DHSS said the delay is due to a change in the way hospital data is reported nationwide.