'We will keep talking about this' | Dr. Garza says briefings will be critical as cases expected to surge

Dr. Garza said each briefing through the end of the year would likely be more critical than the last due to an expected surge in the final weeks of 2020 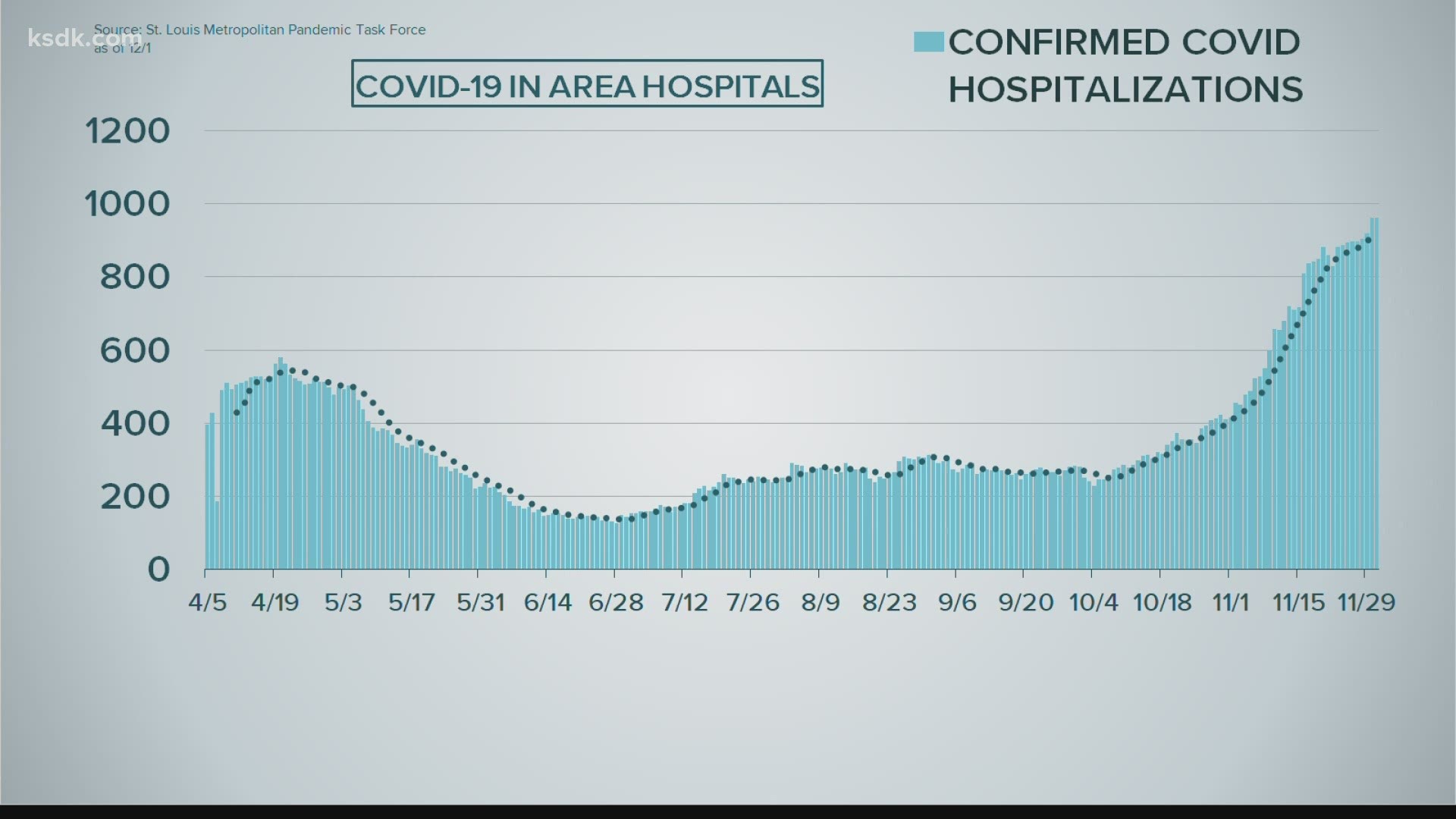 ST. LOUIS — Dr. Alex Garza said everyone in the St. Louis area is needed to chip in to avoid a collapse of the health care system under the pressure of an expected coronavirus surge at the end of the year.

"We're entering a really critical phase in our war right now," Dr. Garza said, "a phase where we're going to need any and all efforts to prevent the health care system from collapsing and to save as many lives as we can in our community."

Dr. Garza — the incident commander for the task force — said each briefing through the end of the year would likely be more critical than the last due to an expected surge in cases related to the Thanksgiving holiday.

Dr. Garza said health care workers have been described as the front lines in the fight against the coronavirus, but insisted that they are much more than that.

"Well, the truth is the front line assumes that you have a rearguard or rear echelon in reserve forces, and, of course, we have neither in this war," he said. "So not only are these brave men and women on our front lines, they also represent our last line of defense."

He said that pressure has resulted in burnout, exhaustion and health issues among the already depleted staff. The reinforcements they are getting are needed just to keep staffing at the current level, which was short even before the pandemic.

Because of this shortage and the increased volume of patients, Garza said hospitals are having to make choices on who gets a hospital bed and who does not.

"Obviously, if we don't believe they're going to be safe, we're not going to discharge them, but we are pushing the limits," Dr. Garza said. "And we know that patients are coming back to our hospitals because they've gone home and done poorly and need to be readmitted to the hospital."

Dr. Garza said some COVID-19 patients who were sent home have returned to the hospital after suffering respiratory failure or a stroke. Those people who return due to the effects of COVID-19 are not counted in the totals presented by the task force.

Dr. Garza said he recently toured one of the task force hospitals after feeling like "talking just isn't doing that much good." He said talking with the people in the hospitals — the doctors, nurses, technicians and patients — renewed his motivation, as it has in the past.

The update comes as the average number of hospitalizations continues to increase in the St. Louis area. On Wednesday, the task force reported 934 COVID-19 hospitalizations, down slightly from Tuesday, but the seven-day moving average increased to a record number, 925.

The task force numbers update for Wednesday is as follows:

According to the department's dashboard, cases and testing have decreased by more than 30% over the last seven days when compared to the previous seven days.

The increase of 236 deaths reported by the state was a single-day record, but the health department said some of the data included numbers from the holiday weekend which was delayed.