The Black community accounts for about half of the COVID-19 deaths in the St. Louis area, but only makes up about 18% of the population 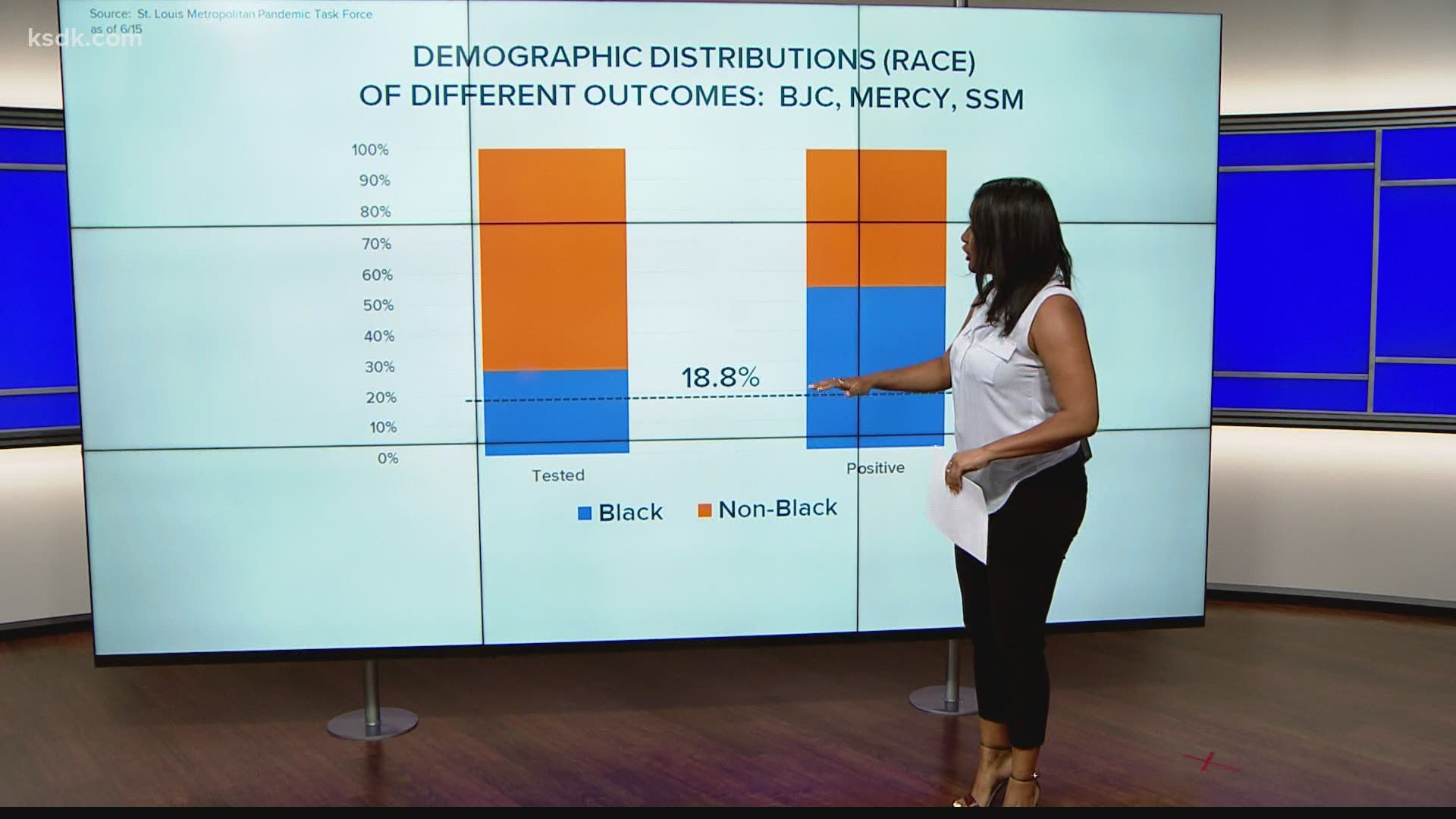 "This tells a story that we've said before," Dr. Alex Garza said. "COVID disproportionately affects the Black community much more than the non-Black community, and we've finally been able to generate some numbers that show that discrepancy."

The task force data is gathered from SSM Health, BJC HealthCare, Mercy and St. Luke's Hospital systems. The facilities are in counties throughout the region, including Illinois.

Of the area covered by the systems, Black people make up 18.8% of the population. Less than 30% of the patients tested for COVID-19 within the task force hospital systems were Black.

However, more than 50% of the patients who tested positive were Black

RELATED: Here's why African Americans are dying from the coronavirus at a startlingly higher rate in Missouri and Illinois

RELATED: 'It's not the race itself, it's the communities and what impacts those communities' | A look at the racial disparity in COVID-19 cases in St. Louis.

When you look at the mortality rate of COVID-19 patients, that's when things seem to start leveling out. Black patients made up a little less than 50% of the people who died from COVID-19. However, hovering just below than 50% of the mortality rate is still alarming when you think about the impact on a community that, again, makes up less than a fifth of the community covered by the task force.

"At the end of the day, it's more black lives we're losing," Dr. Garza said.

Dr. Garza said, in multiple interviews, that the reason the Black community has been hit harder than other races by the COVID-19 is not attributed to race. It stems from the disparities that faced zip codes with high Black populations long before COVID-19 was ever a concern.