'This isn't a blip': Task force reports highest number of new COVID-19 patients since May 19 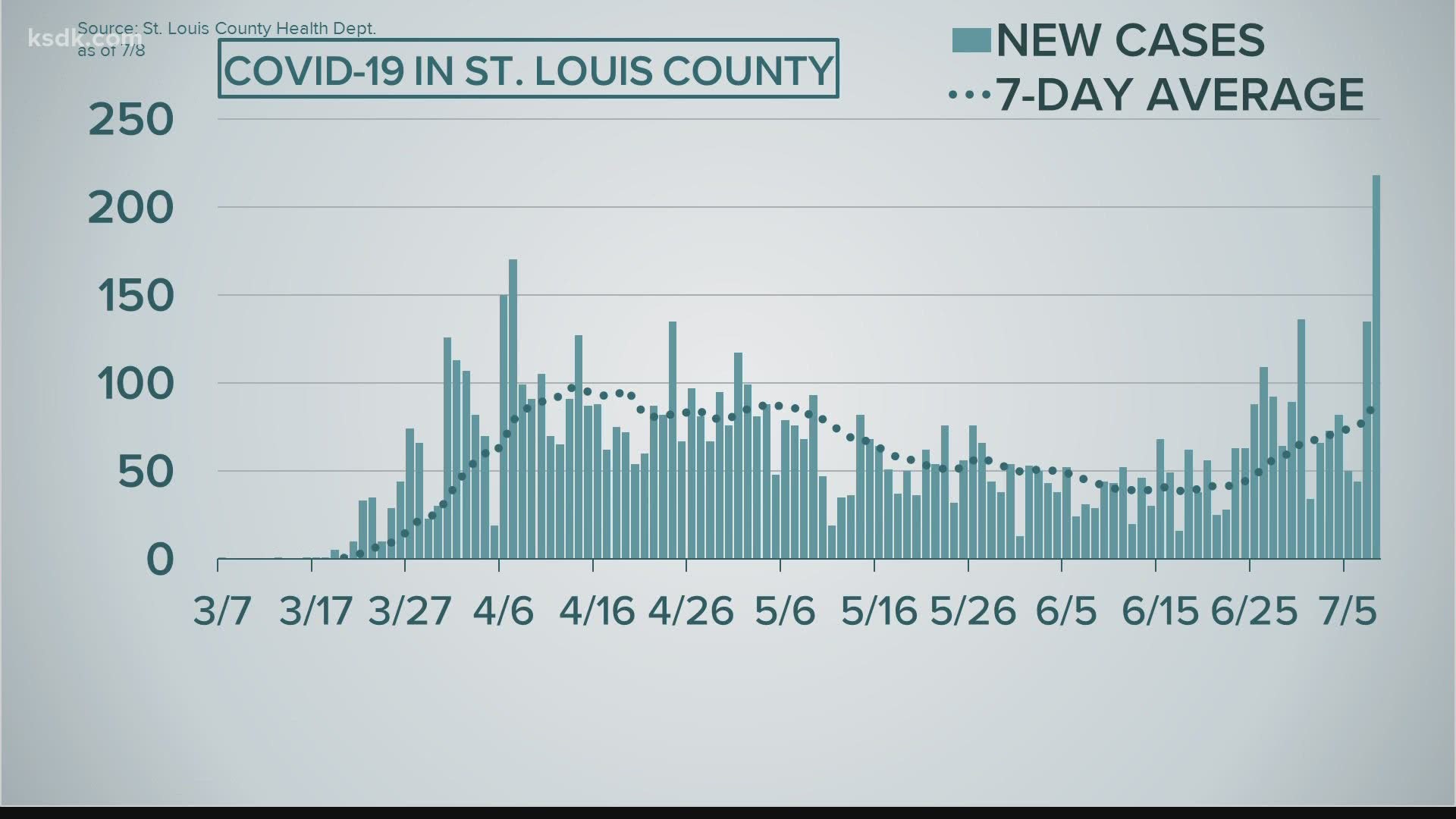 "The data are quite worrisome, particularly those 30 new admissions that we saw," Dr. Alex Garza, head of the task force, said Wednesday. "And as I've said before, hospitalizations and admissions are a lagging metric. And so we suspected that once we saw a rise in cases, that the rise in admissions and hospitalizations would soon follow."

Also lagging are COVID-19 test results which Dr. Garza said could hurt the region's ability to track and contain the virus. Dr. Garza said the task force is getting reports that results are taking up to ten days. 5 On Your Side has heard from people waiting more than two weeks for their COVID-19 results.

Garza said while hospitals can test patients much quicker with what he called "micro labs" on-site, he said widespread testing of the general public is needed to adequately track the new coronavirus and results that take longer than a few days are of little help to contact tracers.

On Tuesday, Missouri reported 773 new cases after a few days of lower-than-average increases over the holiday weekend. On Wednesday, the state reported 575 new cases, the second-largest single-day increase the state has reported.

You can watch the full task force briefing below or on the task force's Facebook page.

Here is the full break down of data from the task force:

Dr. Garza said while the increase of cases in Missouri has largely been in younger populations who are less likely to become very sick, it makes sense that the increase is hitting the hospital systems.

"So even though those cases have primarily affected the younger populations, it's really a matter of time until the virus finds a susceptible host that needs to be hospitalized," Dr. Garza said.

According to task force data, people over the age of 75 account for nearly 30% of the suspected or confirmed COVID-19 cases in the area's hospitals while people under the age of 50 make up just 21%.

"What we're witnessing around the country is the dramatic surge in cases in people admitted to the hospitals," Dr. Garza said. "Everybody competes on a global market for personal protective equipment, and St. Louis is no different. So when you see cases increasing in other parts of the country, there are obviously going to attempt to buy more personal protective equipment out of that same pool, which then it's decreased for everybody else."

During Monday's briefing, Dr. Garza said the St. Louis area had seen an increase in COVID-19 cases and hospitalizations in recent weeks, but that development was expected due to the loosening of restrictions around the area.

"It's not to be unexpected from all the from the relaxation that we've had in in in some of our opening of businesses and things like that again," Dr. Garza said. "Hopefully we can get this number down again with interrupting transmission from instituting mask, wearing things like that.