The county had 712 cases of COVID-19 as of Thursday 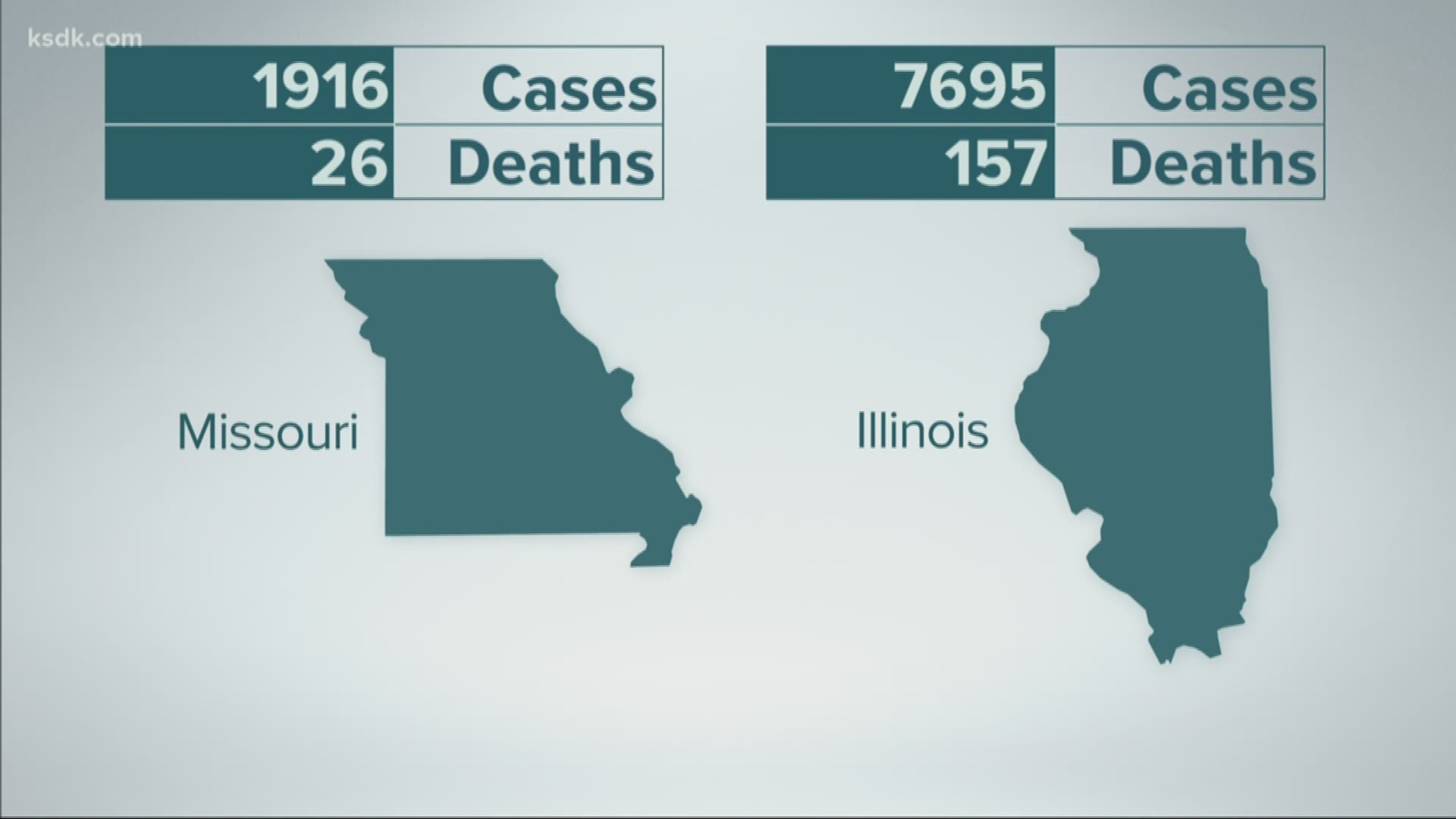 On Thursday, the county announced his death, but did not provide any other information about him.

The Missouri Department of Health and Senior Services said St. Louis County had 712 COVID-19 cases as of April 2.

On Wednesday, the county announced its fifth COVID-19 death, a man in his 50s.

On Tuesday, the county announced its fourth death, a man in his 80s with chronic health conditions.

4th person in St. Louis County dies from COVID-19, a man in his 80s with chronic medical conditions

St. Louis County reported its third COVID-19 death late Monday night, a woman in her 50s with chronic medical conditions. The St. Louis County Department of Health said it was notified late Monday night of the death. While the agency did not publicly identify the woman, 5 On Your Side previously identified her as Juanita Graham, a former preschool teacher in the Webster Groves School District.

Third person dies in St. Louis County due to COVID-19

A woman in her 80s with chronic medical conditions was the second person to die from COVID-19 in the county.

The first death was Judy Wilson-Griffin.

While Judy Wilson-Griffin is the first person to die from the coronavirus in the St. Louis area, she will always be remembered as a beloved healthcare worker. Wilson-Griffin worked at SSM Health St. Mary’s Hospital, SSM Health confirmed with 5 On Your Side Friday night.

She was in her 60s and tested positive on March 17.

‘A hero in the truest sense’ | St. Louis County woman who died from COVID-19 was beloved healthcare worker

Editor's note: St. Louis County previously reported the sixth victim was a man in his 70s. The county later corrected the information to state the man was in his 80s. This story has been updated to reflect that change.