The temporary restraining order will be in place until Aug. 17 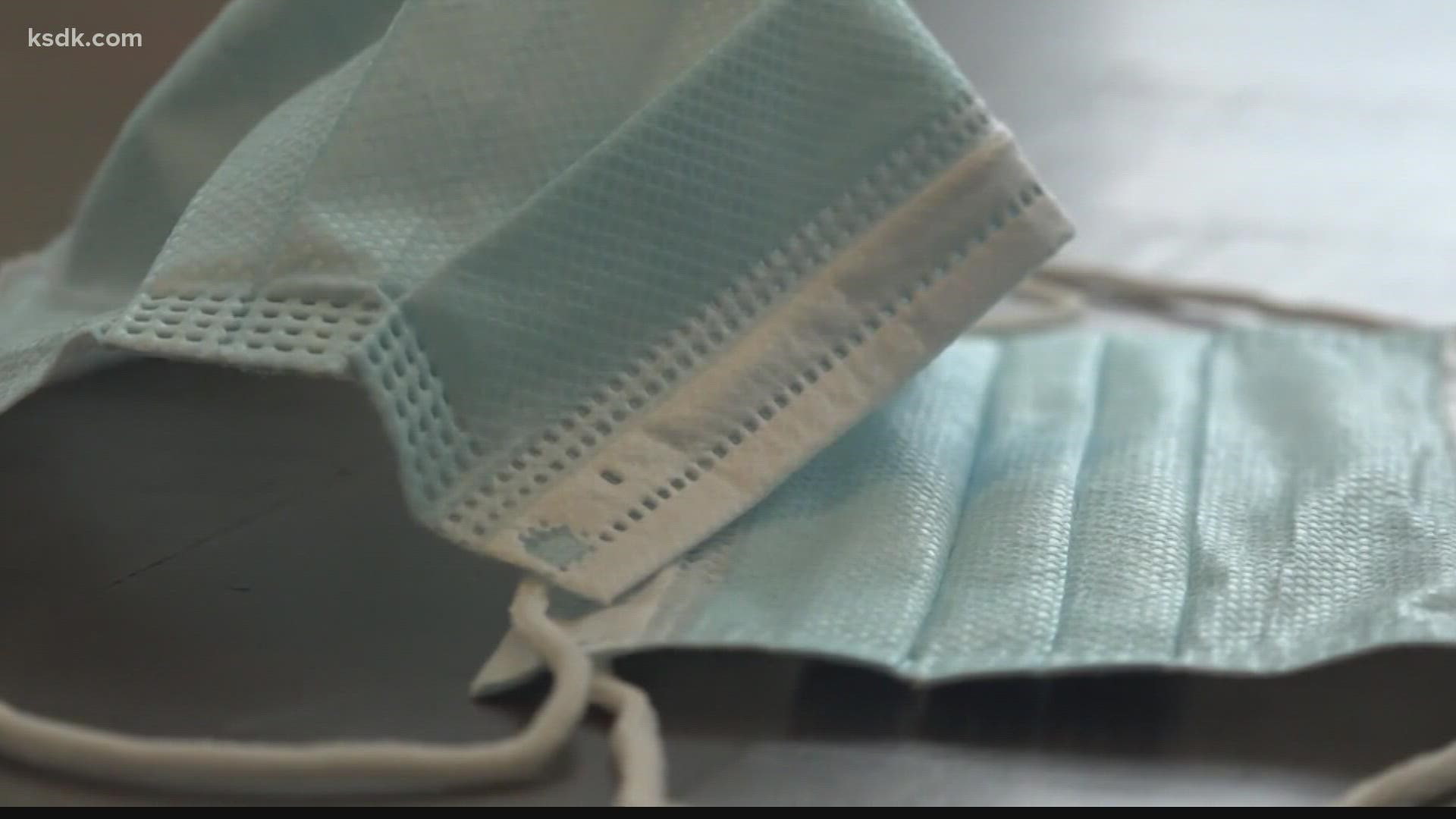 Judge Nellie Ribaudo ruled that county council members are within their rights to terminate the mask mandate, which they did during a meeting last month.

"In making this decision the court is not entering the politicization of wearing a mask but determining if Section 67.265 RSMO gives the St. Louis County Counsel the power and authority to terminate the July 26, 2021 Face Covering Order," Judge Ribaudo wrote. "The court’s ruling in no way speaks to or determines the wisdom of the St. Louis County Counsel vote to terminate the Face Covering Order.

The temporary restraining order will be in place until the next court hearing, which is scheduled for Aug. 17.

St. Louis County Executive Sam Page addressed the ruling in his scheduled briefing Wednesday morning. He expressed his disappointment and accused Missouri Attorney General Eric Schmitt, who initially sued over the mandate, of making it political.

"Unfortunately, our mask requirement was put on hold by a judge as the top law enforcement official in the state continues to put party over protecting the health of those he is supposed to serve," Page said.

The county executive vowed to make the case in court for why the mandate "is proper and necessary."

Watch Page's full briefing in the YouTube video below:

Council members said they did not necessarily oppose a mandate, but took issue with the fact that County Executive Page issued it without consulting the council. St. Louis County Council member Lisa Clancy introduced a new mask ordinance during the county council meeting Tuesday night.

Schmitt sued the St. Louis County health department last month over the mandate and called the judge's ruling a victory.

“Today, the Missouri Attorney General’s Office delivered a huge win for the people of St. Louis County and obtained a temporary restraining order, halting the enforcement of the mask mandate,” Schmitt's office said in a news release. “This is an important, hard-fought victory, but our fight against unreasonable and unconstitutional government overreach continues.”

Page issued a statement on Twitter, requesting that people wear a mask despite the ruling.

"We are disappointed in the judge’s decision as more and more mask requirements are put in place across the country to help slow this deadly virus," Page wrote. "The CDC recommends wearing masks in public places and we ask everyone to follow that guidance as we continue our vaccine efforts."

The judge's ruling does not impact the mask mandate in the City of St. Louis.

Read the judge's ruling below:

5 On Your Side's Dori Olmos contributed to this report.