'We hope it saves lives' | St. Louis organization pushes for safe firearm storage while kids are home during COVID-19

"The hospitals are struggling the way it is with COVID-19, and they need those hospitals for those patients, not for victims of gun violence." 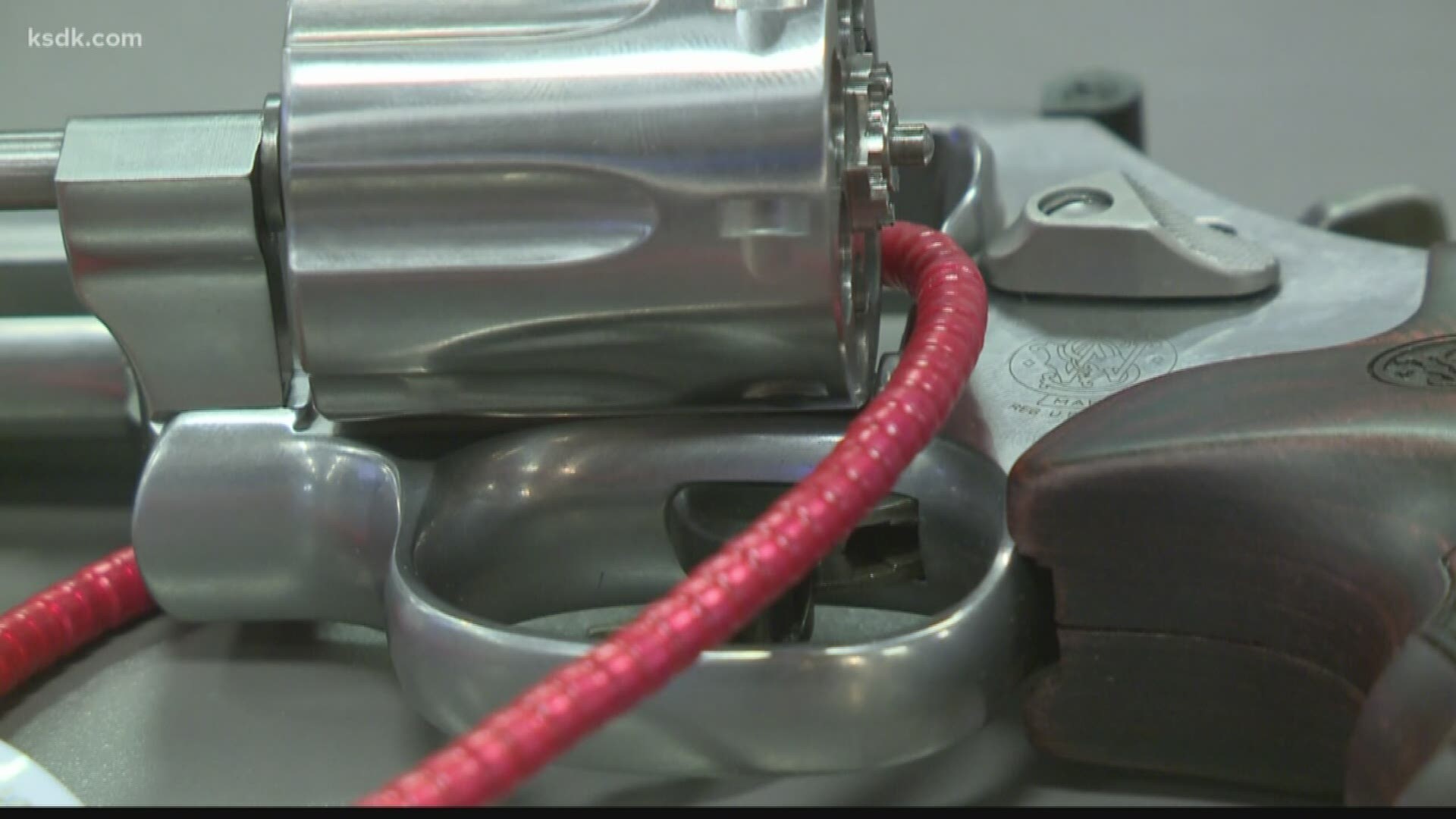 ST. LOUIS — More than ever, as children are home during the COVID-19 pandemic, the voices for Women's Voices Raised for Social Justice are getting louder.

"Right now, it’s even more important than ever to practice safe firearm storage," said Andrea Bauman, who's with the organization.

For the past five years, the St. Louis group has given out more than 5,000 gun locks through their program called 'Lock it for Love'.

RELATED: 'The responsibility is on the adult' | Local group teaches families about gun locks after another child shoots and kills self

In 2019, about 1,300 gun locks were distributed. She said 46% of those gun locks went to people in high-risk areas, since they ask for a zip code when they hand them out.

"We hope it saves lives. Gun deaths are the second leading cause of death in the United States for children and young adults," Bauman added.

Just to show you the personal tie to home in St. Louis County, less than two weeks ago in Northwoods, police said a 15-year-old accidentally shot and killed his 12-year-old sister.

And just this past weekend, a 4-year-old was shot in Ferguson.

"Prior to the pandemic, 4.6 million children were living in homes with loaded and unlocked firearms," Bauman said.

But she believes that number is climbing even higher right now.

She said parents can reduce the risk by securing firearms with a gun lock.

"Store your gun unloaded and locked with a gun lock or in gun safe. Keep the ammunition so that it’s not accessible. It’s pretty strong cable, run it through different parts of the gun, and then you lock it with a key," Bauman explained.

She said this can also be a way to help the medical staff fighting against COVID-19.

"The hospitals are struggling the way it is with COVID-19, and they need those hospitals for those patients not for victims of gun violence," Bauman said.

The organization said right now is a great time to talk to your children and tell them, if you see a gun, don't pick it up and tell an adult immediately.

As for gun locks, most police departments offer them for free.