Denny Corrigan opened O'Fallon's Irish Gypsy restaurant during the height of the pandemic, and he says it's been one curveball after another 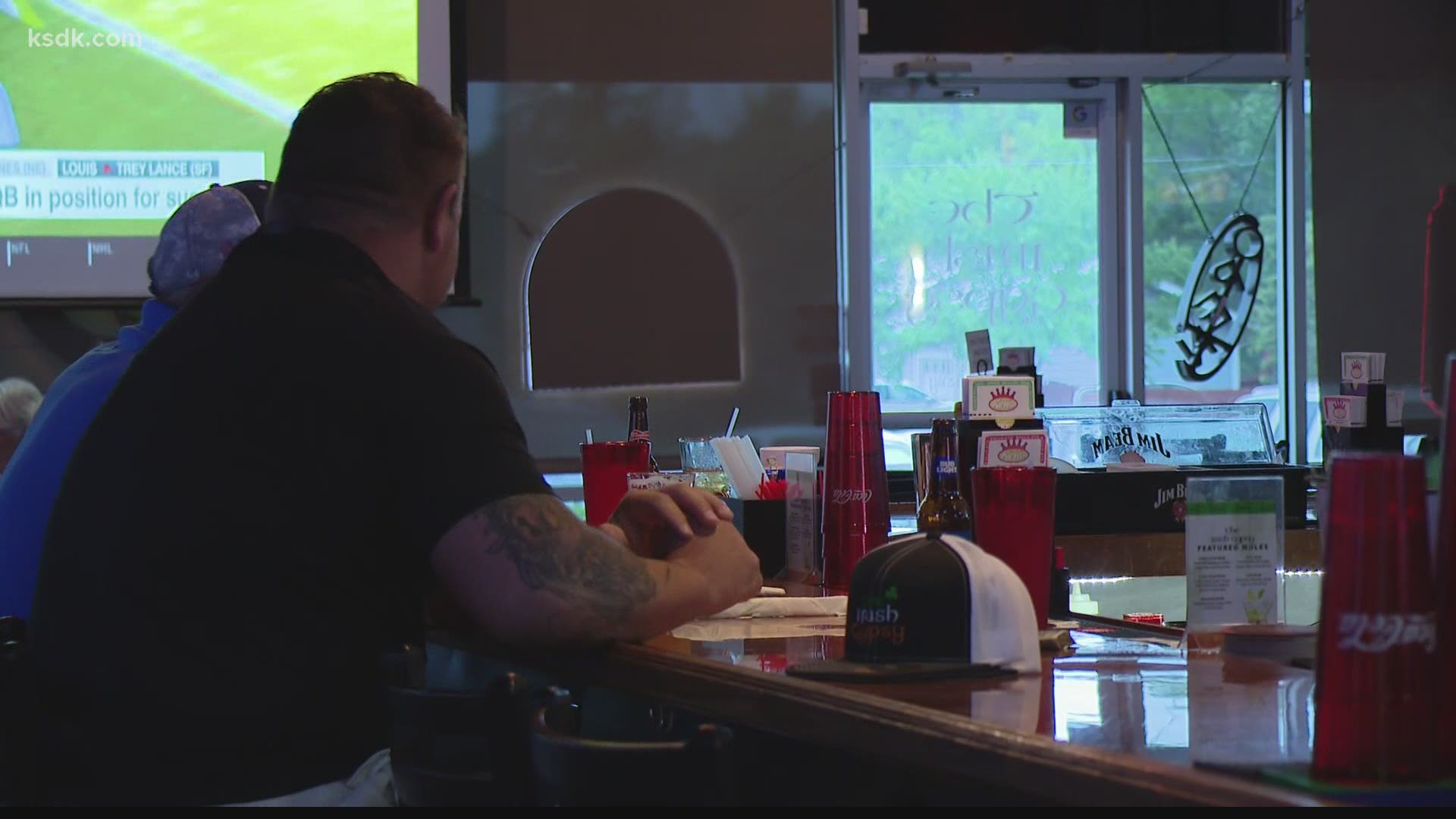 ST. LOUIS — A cloudy, dreary sky before the Tuesday lunch rush can't keep Denny Corrigan's spirits down, as he lets out a full-body laugh to customers walking through the front door.

"The last six months have been the longest day of my life," he jokes.

Corrigan opened O'Fallon's Irish Gypsy restaurant during the height of the pandemic, and he said it's been one curveball after another.

Capacity restrictions have been replaced by staff and supply shortages.

"You put your orders in, and you hope you get them," he said.

Corrigan said there are so many issues in the supply chain — no drivers, no workers, no raw materials — and that means they're not sure what they'll have on the menu from one day to the next, printing out paper menus each day to reflect what they have in stock.

Some items — when you can get them — will come at a higher cost.

"If I was up and running at Byrd & Barrel right now it would be pretty tough. Chicken wings the prices are ridiculously high. There is actually a shortage," restauranteur Bob Brazell said of the $18/lb prices, adding "that’s sticker shock to a lot of people, but it is what it is."

Brazell owns several bar and restaurant locations, including Tamm Avenue Bar, where they spent Tuesday morning pulling down the temporary patio walls to make room for bigger crowds one day after St. Louis city and county both dropped restaurant restrictions.

"It kind of got dropped on us yesterday, and I mean we're already seeing it. The phone is ringing off the hook," he said.

Brazell said Tamm Avenue is currently open five days a week, ramping up to seven. But they can have to balance reopening with staff and supply limitations.