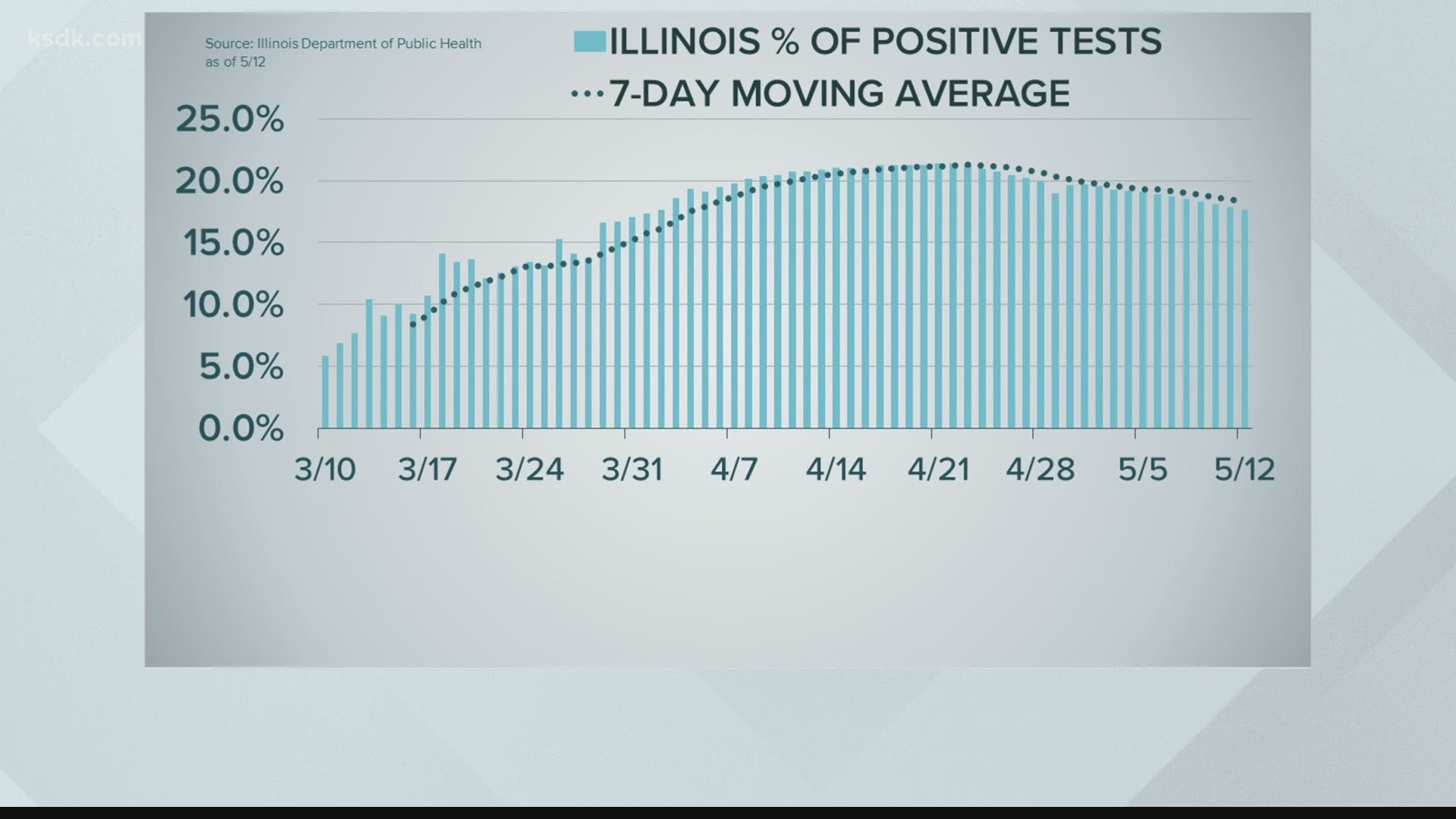 ILLINOIS, USA — On Monday, Illinois reported 1,266 new cases, the lowest single-day increase since April 20. A day later, the state reported 4,014 new cases, almost 1,000 more cases than any other day since the pandemic began.

If you were to look just at the number of positive cases, you would get the following graph.

That spike in cases would be pretty concerning, but it does not tell the whole story.

So, when you turn the page to May 12, the state did a little bit of catching up when it comes to testing. The Illinois Department of Public Health reported 29,266 new tests in the last 24 hours. That's 5,000 more than the next highest date.

If you line the graphs up, they look pretty similar, which makes sense. The more people you test, the more cases you will find.

On Monday, about 10% of the new tests came back positive. On Tuesday, that number increased to 13.7%. But both of those positivity rates are lower than the state's overall rate of about 17.6%.

The positivity rate is considered an important metric in reopening areas across the country. The White House's Opening Up America Plan lists it as one of three hurdles areas should clear before starting a gradual reopening, and Gov. J.B. Pritzker lists a decreasing "rate of infection among those surveillance tested" as a key barometer for moving from one phase to the next.

Illinois' positivity rate has been steadily falling since peaking on April 22 at 21.4%. This means as the state has increased testing capacity — allowing more people to get tested — and Illinoians have limited the spread of COVID-19 with things like social distancing and stay-at-home measures, a lower percentage of the tests have been coming back positive.

Total testing data is not as readily available when breaking the state into individual counties, making analysis for smaller jurisdictions — like the 11 groups outlined in Pritzker's reopening plan — difficult, but the numbers are trending in the right direction.