'Tony, you got this!' | Lindbergh throws parade to support No. 1 fan fighting COVID-19

"You have thousands of people out here paying you back after you’ve given all the support you’ve given to us." 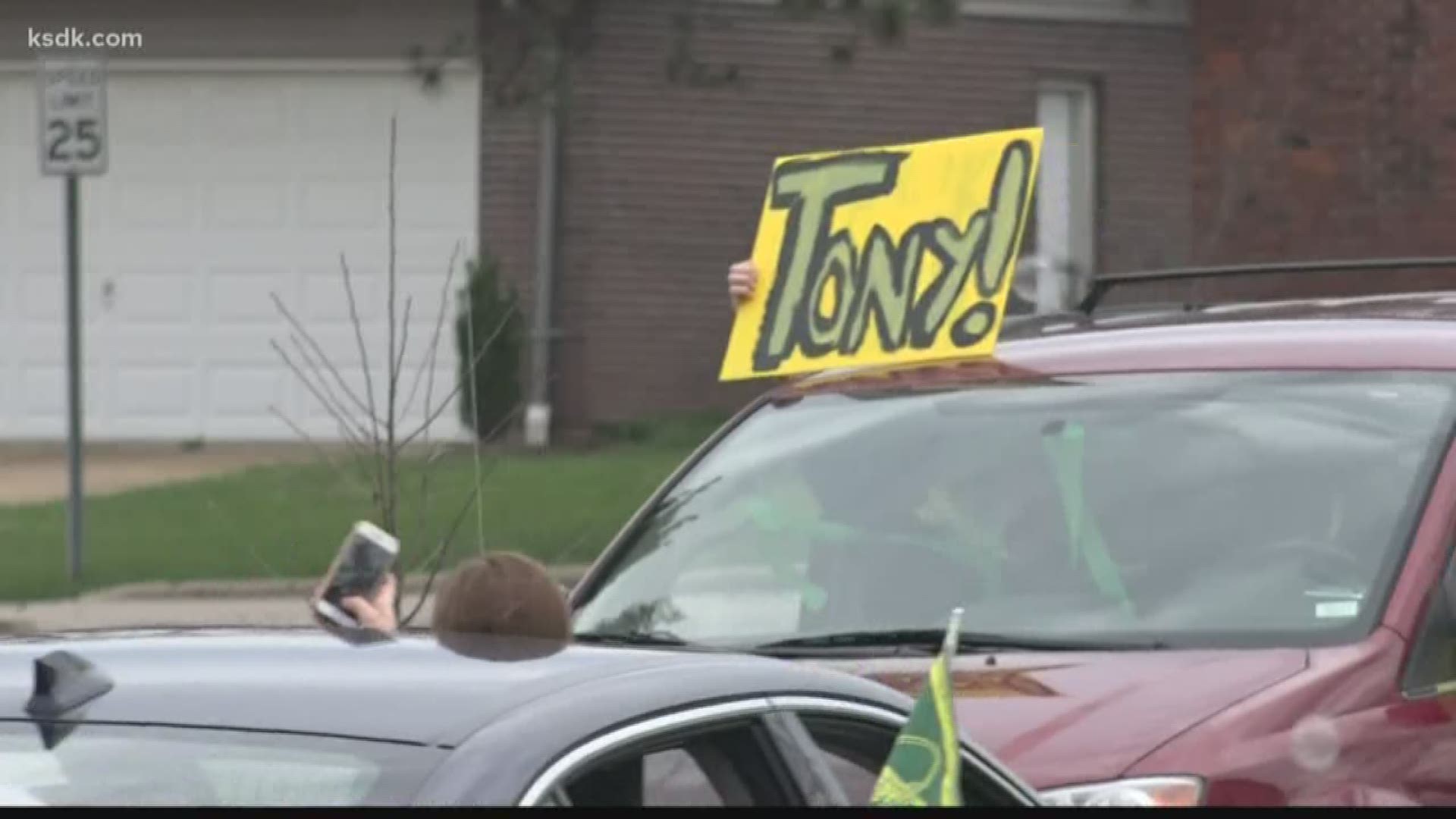 ST. LOUIS COUNTY, Mo. — Dozens of cars showed up for a parade Friday at Lindbergh High School after their biggest sports fan was diagnosed with COVID-19.

For years, this teen cheered on the Flyers teams, but now the community is returning the favor, cheering him on to recover.

Tony Trimble is known as a sports fanatic, showing up to every single sporting event in the school district. He's even an honorary coach for the basketball and football teams.

Kay Holdenried has known Tony since he was 4 years old. He's now 18.

She said he went to elementary and middle school in the district, but since he has special needs, he now goes to Southview School.

Tony has Prader-Willi syndrome, which is genetic disorder usually caused by deletion of a part of chromosome 15.

But even though he doesn't go to Lindbergh High, his passion for the district continues.

Right now though, Tony needs support for his own fight.

On Wednesday, Tony's mom realized he had a fever and a dry cough and took him to the doctor. By that night, he was on a ventilator.

Tony took a test for COVID-19 and two days later, the results came back positive.

Holdenried wanted to show Tony support, so she organized a parade.

They filmed the whole thing, so he can still feel that Flyers spirit in the hospital.

Hundreds of cars drove up with signs and balloons.

"He kind of symbolizes Flyers spirit because he’s at almost every athletic event that we have. He’s done a great job helping our teams onto victory, and now it’s our turn to lead him into victory over this virus," the Lindbergh High School principal said.

His community encouraging him to have a game plan in mind: to beat this virus. Everyone showing Tony, that after all these years, it was really him, who was the MVP.

"Tony, you got this! You have thousands of people out here paying you back after you’ve given all the support you’ve given to us," Holdenried said.

As of Friday night, Tony's mother said he is resting better on sedation now and they're hoping to feed him on a tube Saturday.

"I cannot even begin to express how amazing the outpouring of prayers, love and support have been. It has given me such joy in a situation where it's impossible to even think of feeling joy. I am so very blessed to have such an amazing support system and beyond blessed to have Tony as my son," his mom said.