When asked if the area had reached its "crest" yet, as models had suggested, Garza said more data going forward would determine when that "crest" actually happened 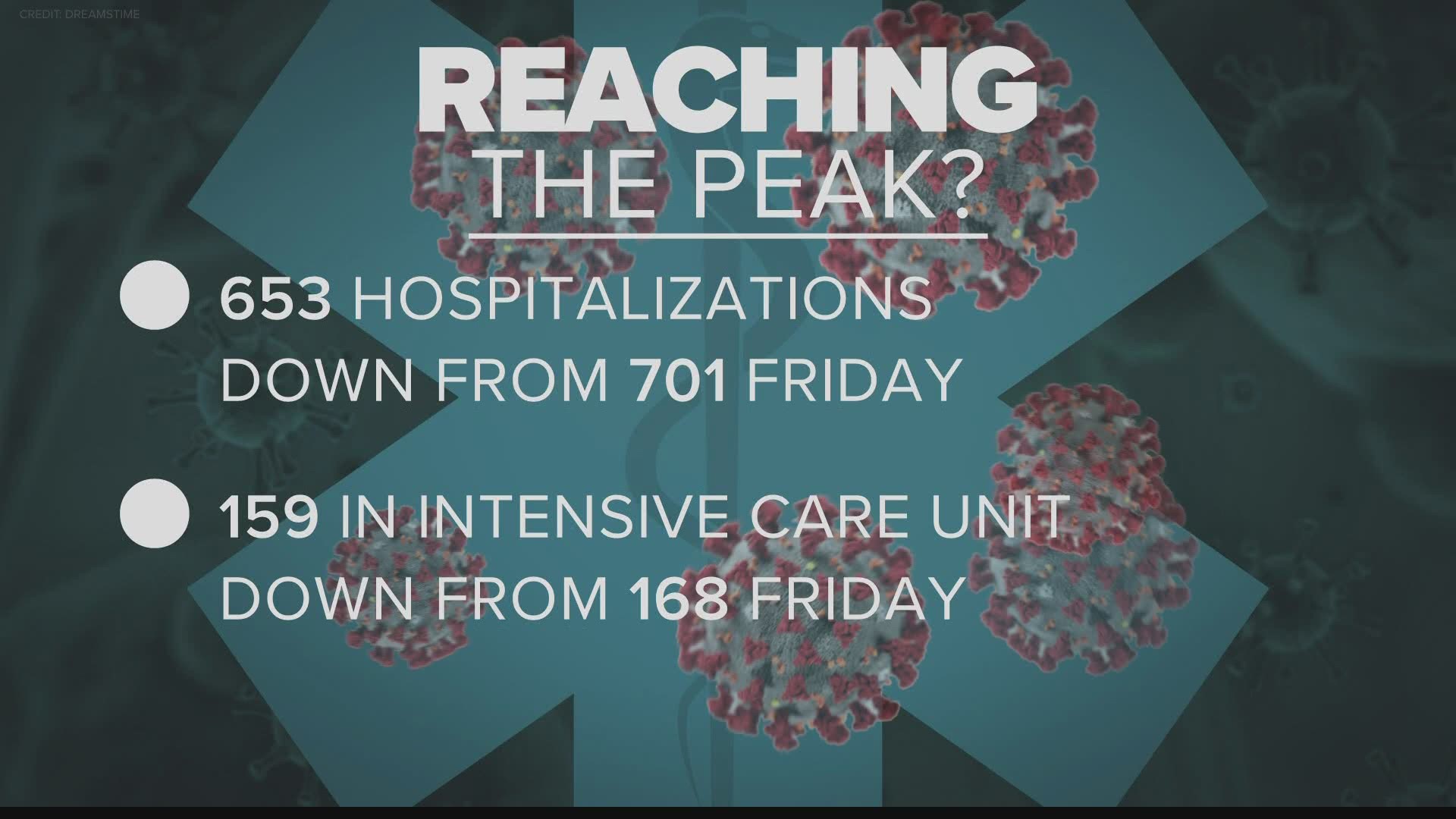 Task Force Incident Commander Dr. Alex Garza started off the briefing saying the St. Louis area has seen, "Tremendous progress so far in the fight against a dangerous and contagious virus."

"Over the past several weeks our community came together to flatten the curve and that has averted what was possibly a worst-case scenario," Garza said. “This sacrifice has saved many thousands of lives.”

Dr. Garza encouraged people to continue social distancing to slow the infection and allow parts of the economy to come back online.

As of Sunday, the Task Force reported 652 people currently hospitalized with COVID-19 in the St. Louis area, 162 patients in the ICU and 115 on ventilators.

1,102 patients have now been discharged from hospital since first patient was diagnosed in the area.

Dr. Garza also sighted the current virus reproduction factor, or the rate of which people are infected by a single individual with the coronavirus as a key insight into stopping the spread.

You can see a chart of the virus reproduction factor below.

Dr. Garza said the St. Louis area should be moving across the crest of hospitalizations and bring that number down slowly, giving confidence that we can gradually and safely bring parts of economy and society back online.

When asked if the area had reached its "peak" or "crest" yet, as early models had suggested, Garza said more data going forward would determine when the "crest" actually happened.

That's the most of any county in Missouri.

You can watch the entire replay of the Task Force briefing on their Facebook page.

RELATED: Missouri Gov. Mike Parson says state is ready to reopen on May 4