COVID-19 booster shots: Who is eligible, when you should get yours

COVID-19 booster shots could start rolling out in September, pending an evaluation by the FDA and CDC advisors. Here's what you need to know. 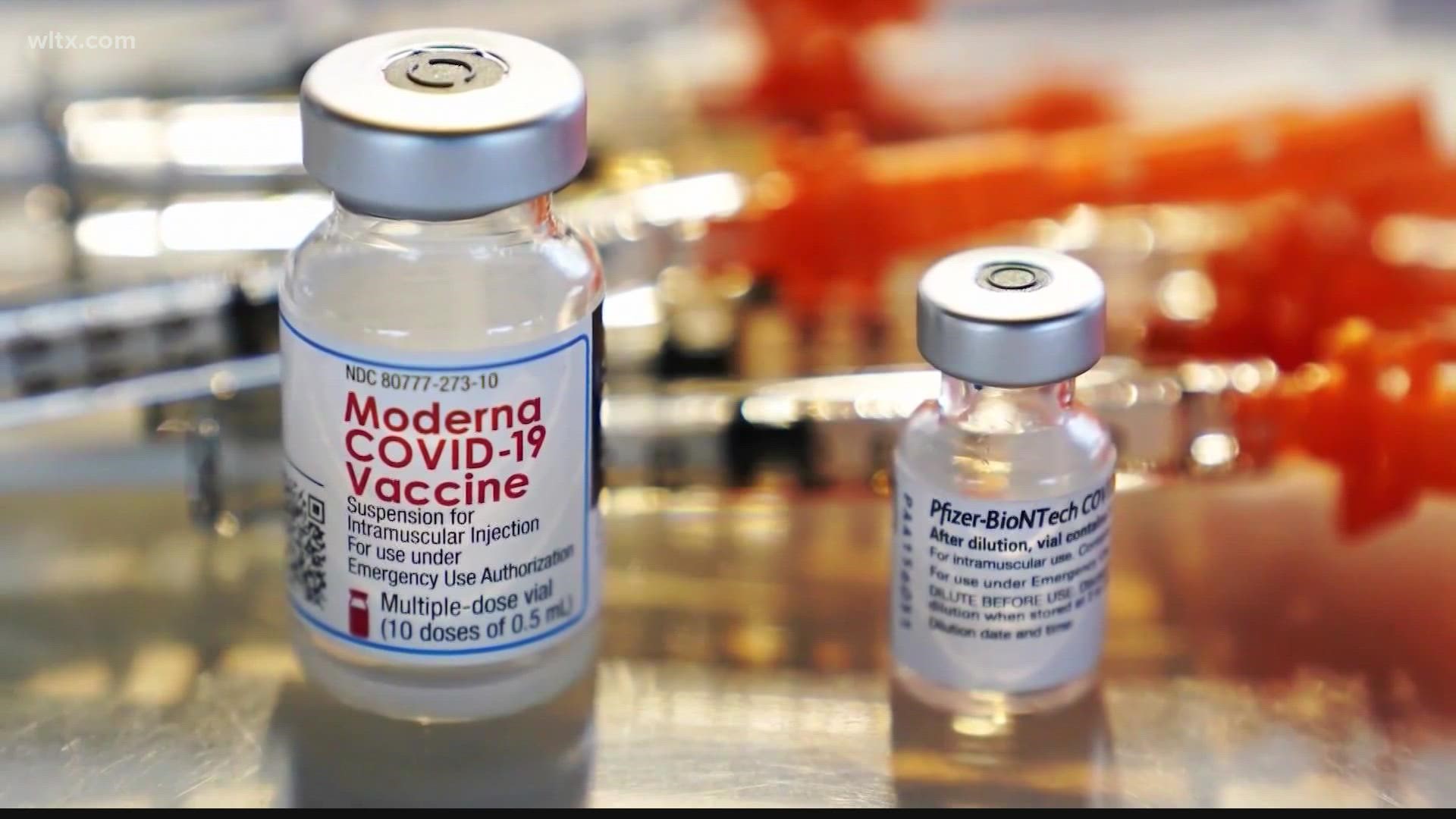 WASHINGTON — U.S. health officials plan to offer COVID-19 booster shots to vaccinated Americans to shore up their protection amid the surging delta variant and evidence that the vaccines’ effectiveness is declining.

A look at what we know about boosters and how they could help fight the coronavirus pandemic:

It’s common for protection from vaccines to decrease over time. A tetanus booster, for example, is recommended every 10 years.

Researchers and health officials have been monitoring the real-world performance of the COVID-19 vaccines to see how long protection lasts among vaccinated people. The vaccines authorized in the U.S. continue to offer very strong protection against severe disease and death.

But their ability to prevent infection is dropping markedly during the delta surge among nursing home patients and others, according to studies the Centers for Disease Control and Prevention released in making the announcement Wednesday.

International data, particularly from Israel where delta hit earlier, also persuaded U.S. health officials to plan for rolling out boosters. The effort could start Sept. 20, pending an evaluation by the Food and Drug Administration and advisers to the CDC.

Already, Israel is offering a booster to people over 50 who were vaccinated more than five months ago. France and Germany plan to offer boosters to some people in the fall. The European Medicines Agency said it too is reviewing data to see if booster shots are needed.

Credit: AP
In this April 8, 2021, file photo, registered nurse fills a syringe with the Johnson & Johnson COVID-19 vaccine at a pop up vaccination site in the Staten Island borough of New York. (AP Photo/Mary Altaffer, File)

Not yet. The CDC plan calls for an extra dose eight months after people get their second shot of the Pfizer or Moderna vaccine. The doses could begin the week of Sept. 20.

WHEN WOULD THEY BE GIVEN?

It depends on when you got your initial shots. The plan announced Wednesday is for people to get a booster eight months after getting their second shot of the Pfizer or Moderna vaccine.

Officials are continuing to collect information about the one-shot Johnson & Johnson vaccine, which was authorized for use in the U.S. in late February, to determine when to recommend boosters.

WHY EIGHT MONTHS FOR COVID BOOSTER?

“There's nothing magical about this number,” said U.S. Surgeon General Vivek Murthy. Rather, eight months is a judgment call about when vaccine protection against severe illness might fall based on the direction of current data.

“We put the best minds together in the administration, we looked at the best data that we had. We saw a signal," Murthy said. "And now we are sharing our assessment with the public.”

WHAT'S THE CRITERIA FOR COVID BOOSTER?

The first people vaccinated in the United States would likely be first in line for boosters too. That means health care workers, nursing home residents and other older Americans, who were the first to be vaccinated once the shots were authorized last December.

WHAT DOES THE NEW DATA SHOW?

Bottom line: The vaccines still work well to prevent severe illness, but have been losing some ground recently against infection. It's unclear the exact role that changes in behavior or the more contagious delta variant may be playing. But as delta rose and mask-wearing fell, vaccine effectiveness has fallen.

A study in U.S. nursing homes found the effectiveness of the Pfizer and Moderna vaccines against infection fell from about 74% in the spring to 53% in June and July.

Another study didn't see a big change in vaccine effectiveness against hospitalization, going from 86% at two to 12 weeks after the second dose, and 84% at 13 to 24 weeks after.

New York state data showed steady vaccine protection against hospitalizations at about 95% over the nearly three months examined. But vaccine effectiveness against new lab-confirmed infections fell from about 92% in early May to about 80% in late July.

And Mayo Clinic patient data from Minnesota showed that in July, when the delta variant was prevalent, Moderna’s vaccine was 76% effective against infection and Pfizer’s 42%.

WHAT’S THE DIFFERENCE BETWEEN A BOOSTER SHOT AND A 'THIRD DOSE'?

Transplant recipients and other people with weakened immune systems may not have gotten enough protection from vaccines to begin with. They can now receive a third dose at least 28 days after their second shot as part of their initial series of shots needed for them to be fully vaccinated. For those with normal immune systems, boosters are given much later after full vaccination — not to establish protection, but to rev it up again.

Still unknown is whether people should get the same type of shot they got when first vaccinated. And the nation’s top health advisers will be looking for evidence about the safety of boosters and how well they protect against infection and severe disease.

Global access to vaccines is also important to stem the pandemic and prevent the emergence of new variants. Booster shots could crimp already tight global vaccine supplies, but White House officials say the U.S. has enough doses for both American boosters and global donations.

Will Johnson and Johnson have a booster shot?

Health officials said people who received the single-dose Johnson & Johnson vaccine will also probably need extra shots. But they said they are awaiting more data and have yet to work out the details.

WHAT ABOUT THE UNVACCINATED?

Dr. Melanie Swift, who has been leading the vaccination program at Mayo Clinic in Rochester, Minnesota, says getting more shots into people who haven't yet been vaccinated at all is “our best tool, not only to prevent hospitalization and mortality from the delta variant, but to stop transmission." Every infection, she says, “gives the virus more chances to mutate into who knows what the next variant could be.”

“People who took the vaccine the first time are likely to line up and get their booster,” Swift says. “But it’s not going to achieve our goals overall if all their unvaccinated neighbors are not vaccinated.”

The Associated Press Health and Science Department receives support from the Howard Hughes Medical Institute’s Department of Science Education. The AP is solely responsible for all content.