As so many who are eligible for the shot continue to wait, in some cases it seems to be a case of "who you know" that can determine when your turn will come 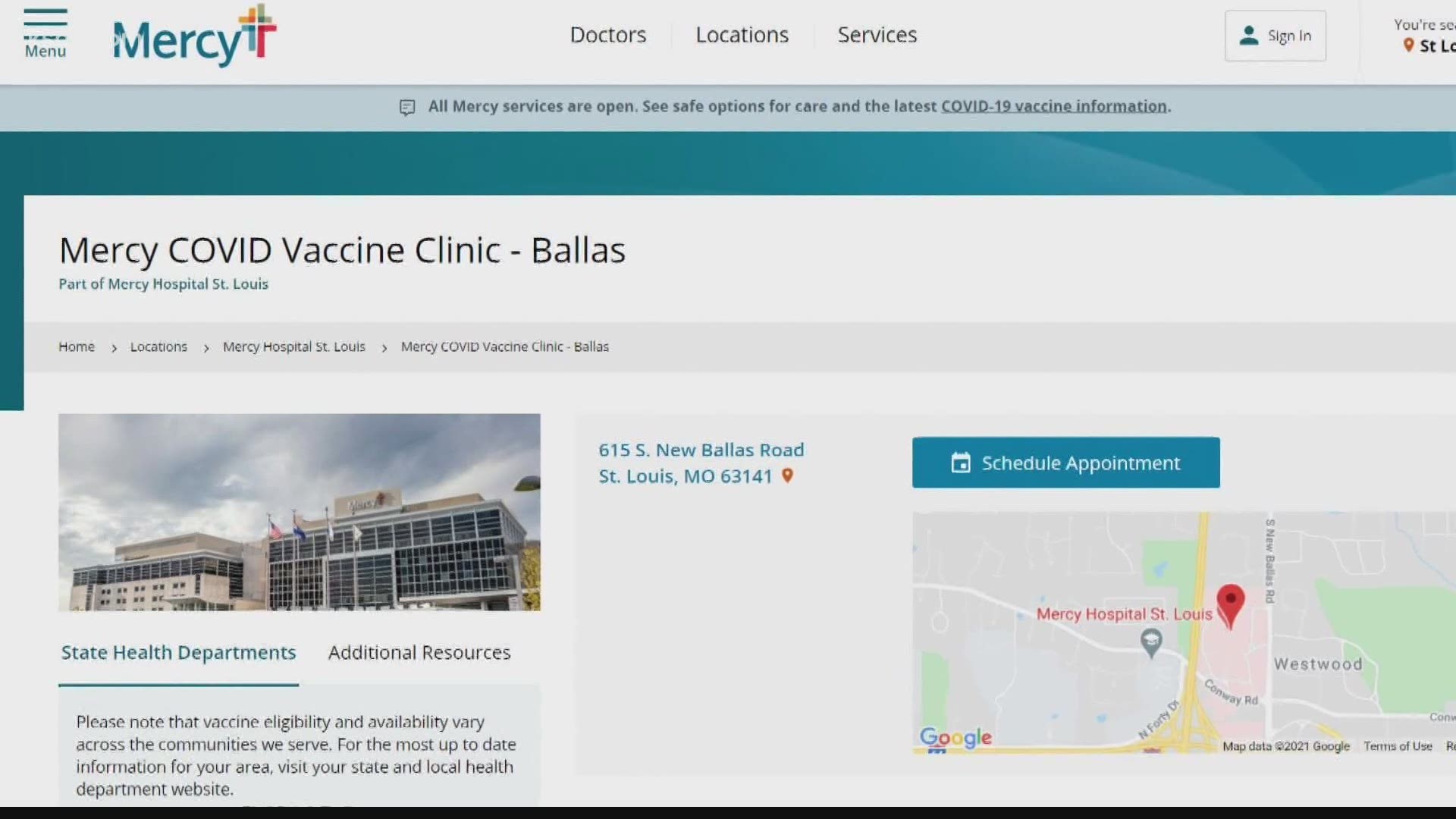 ST. LOUIS — At a time when so many eligible people in the St. Louis region are waiting for a chance at vaccination, there is a website with the ability to book a COVID-19 vaccine appointment.

The only problem is you can't find the site with a simple Google search. It can only be reached with a private link sent to people on a waiting list. As so many who are eligible for the shot continue to wait, in some cases it seems to be a case of "who you know" that can determine when your turn will come.

St. Louisans have started sharing the private link with people not having any luck on the lists.

That's how Ellen Ploeger was able to book an appointment for her 86-year-old mother whom she said hasn't gone out in public since March of last year.

"She hasn't been in a grocery store, in a shop, in a mall, nothing, because she was so afraid of the virus and just wanted to prevent it because of the death of my dad from COVID in April," said Ploeger.

Last week, she shared with 5 On Your Side her concerns about the state's plan to move into the next tier of people eligible for the vaccine when people currently eligible like her mother had yet to receive their shot.

After her story aired, Ploeger said someone reached out on Facebook and sent her a "secret" link to the Mercy Hospital vaccine appointment website.

"There were time slots and you could pick it," said Ploeger.

Her mother, she said, had been signed up on every vaccine waiting list in a two hour drive of St. Louis, including the Mercy list, but she had yet to hear anything from any of the providers.

So, she used the link to book her mother an appointment and four days later her mother had her first shot.

"I'm relieved because I know she is," said Ploeger. "But it is unfortunate that that's the reality is you have to seem to know somebody who has a special link."

A Mercy spokesperson told 5 On Your Side the hospital sends out the links to people on its list as vaccine becomes available. And hospital officials know people are sharing the links around town and want to stop it.

The spokesperson said they are worried people are using the links and lying about their eligibility which is clogging up the system for people who are eligible like Ellen's mom, who was waiting with no word from Mercy.

"I wish I could stand there and say, 'call this number here, do this, do that,' because that's really what it took," said Ploeger.

While she was likely eligible for a vaccine of her own because she is her mother's caregiver, Ploeger said she did not take the opportunity and will instead wait until she is otherwise eligible.

Mercy said its IT department is working to make the links only good for one sign-up and that should be done by Friday.