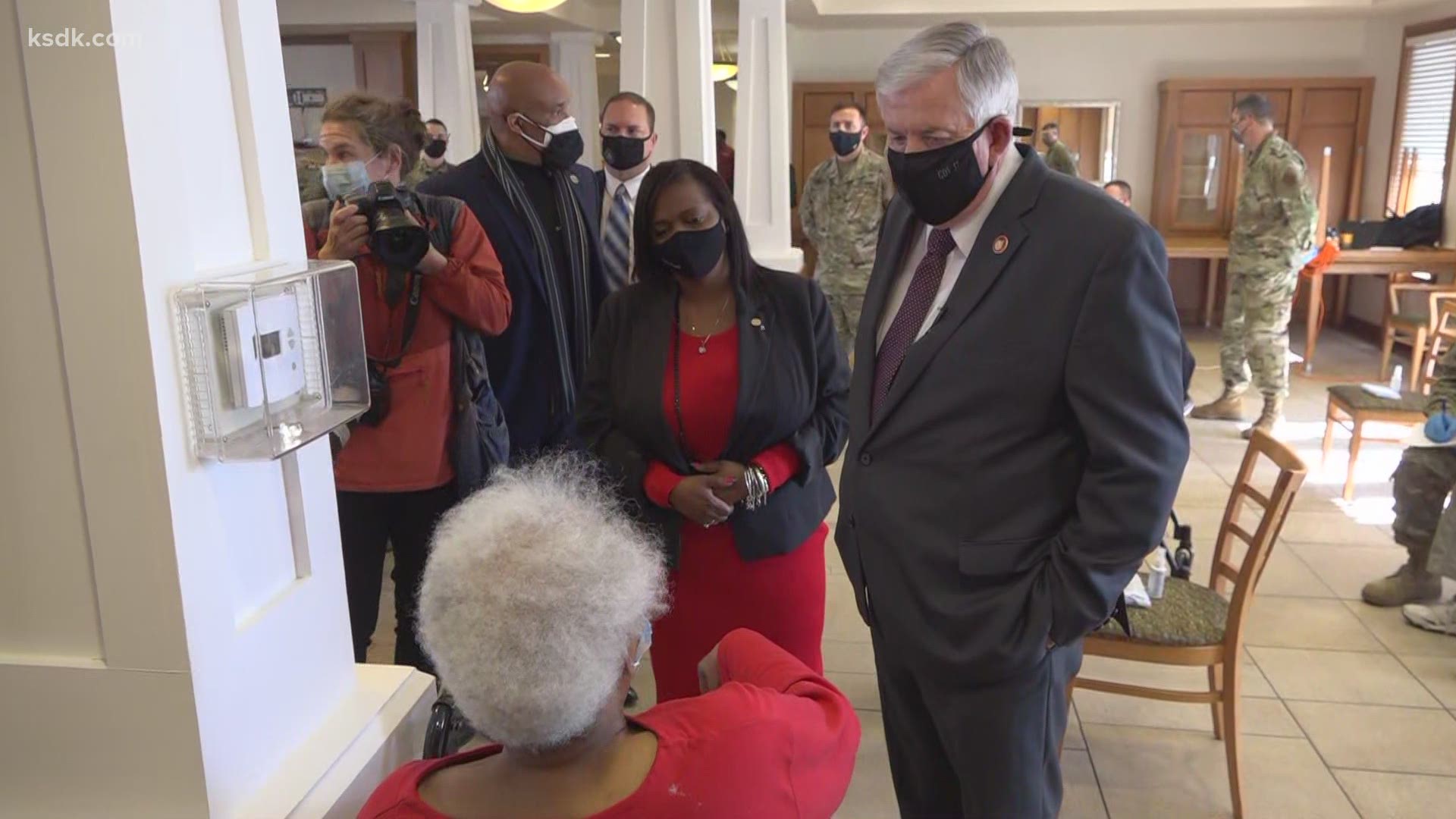 The governor owned up to the issue during a tour of a vaccination clinic in St. Louis County Thursday morning.

Earlier this week, the health department in Putnam County sent a news release that stated more than half of the doses from a mass vaccination event went unused. Most of the doses were going to be redistributed to other upcoming events, but 143 doses went to waste and had to be thrown away.

“That site should have never happened the way it did; that’s just the bottom line,” Parson told reporters during a quick media availability Thursday. “I own that. It shouldn’t have happened, so we have to do a better job than that.”

Putnam County – which is along the Missouri-Iowa border – is home to 4,696 residents. The health department said it received 2,340 doses of the Pfizer coronavirus vaccine for an event conducted with the help of the Missouri National Guard. More than 700 doses were administered.

The health department said the county was one of the first to use the state's vaccine navigator site for an event like this, which also caused some issues.

When asked whether the state should reevaluate its vaccine distribution plan to send more doses to more populated areas, Parson said his team continues to look at how things are going. He added that the “vast majority of mass vaccines are going as planned.”

While in St. Louis County Thursday, Parson took a tour of Pfizer’s facility in Chesterfield. He also visited two vaccination clinics: a state-sponsored clinic and one run by BJC HealthCare.

The governor said the state will continue using the formula of its phases and tiers as planned, but that it’s clear more vaccine doses are needed.

“Just not enough vaccine to go around right now,” he said.

As for how long it’ll take to vaccinated everyone in Missouri who wants it, Parson said that’ll become clearer in the next month or so.

“By the end of April, we’ll be better equipped to answer that if the vaccine keeps coming the way it is,” Parson said. “It’s just going to take another 30-45 days before we turn another corner.”

For more information about how you or a loved one can get on a registration list near you, follow our full COVID-19 vaccine registration coverage here.