Half of American adults have COVID vaccine, but Missouri lags behind

As the sun sets on another weekend of FEMA vaccinations at the Dome at America's Center, organizers say they administered more than 2,600 shots this weekend 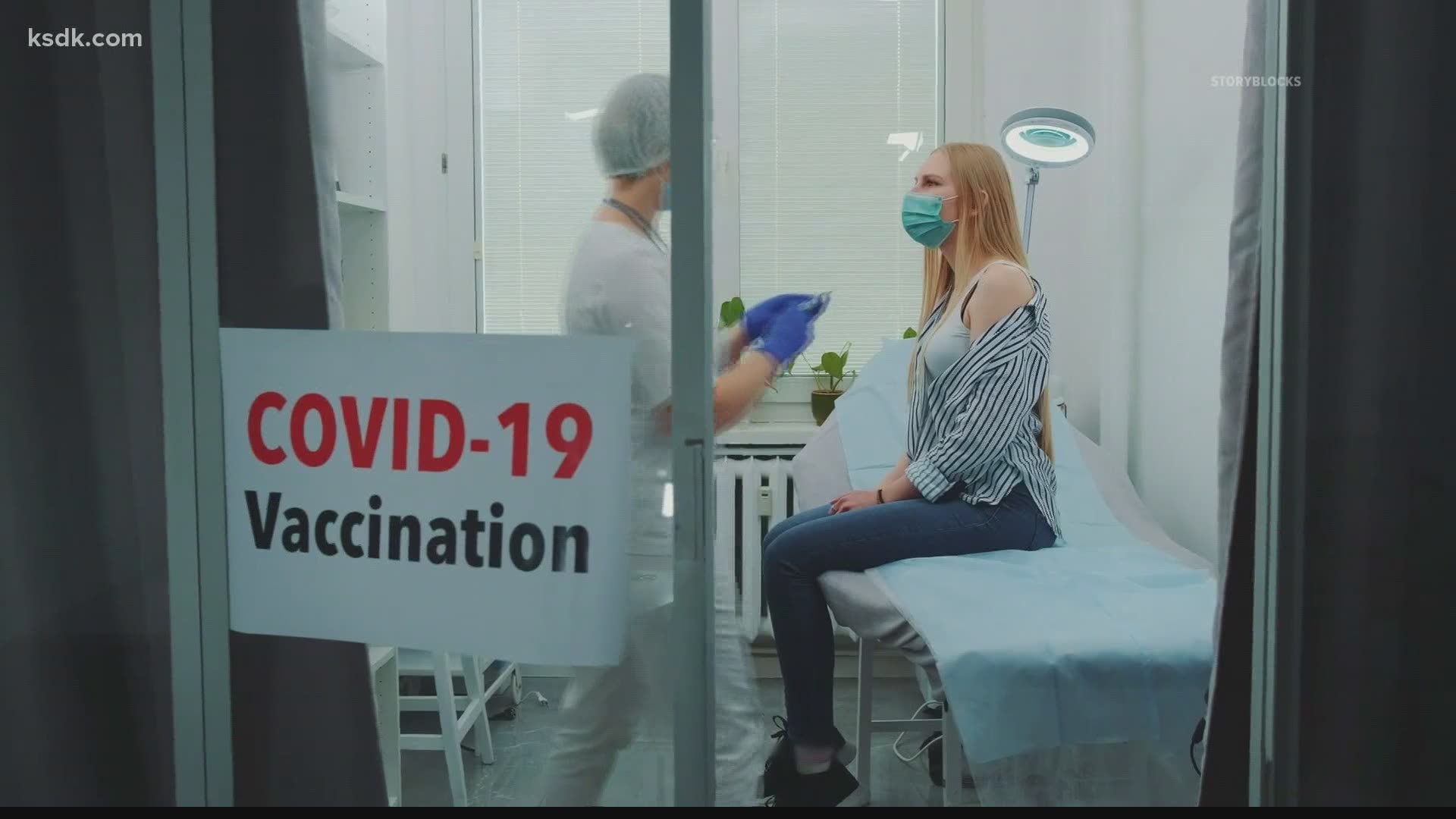 ST. LOUIS — The CDC says we've crossed a major milestone: half of all American adults have received at least one coronavirus vaccine. But numbers still lag behind the national average in Missouri.

As the sun sets on another weekend of FEMA vaccinations at the Dome at America's Center, organizers say they administered more than 2,600 shots this weekend. One of the recipients was Kerri Driscoll's 17-year-old son, Logan Driscoll.

"We were literally in and out in probably 25 minutes," Kerri said of the experience. "It was fantastic."

Logan Driscoll is on crutches while he recovers from ankle surgery, and his mom says the staff made it easy for him to get in and out, bringing him a wheelchair. The process was much faster than her two-dose journey to Cape Girardeau earlier this year.

"Yeah that's a little over eight hours in total, so I'll take it," she said of the mega clinic downtown.

Though the country's hit the 50% mark, Missouri reports only 43% of the state's adults have initiated a vaccine process. In Illinois, the numbers are above the national average with 53% of the adult population with at least one shot in the arm.

"I just decided that I had to do it," Kate Volobuev said of the decision to get the vaccine.

Volobuev and her boyfriend, Anthony Jones, just marked six months together, their whole relationship spent navigating pandemic precautions. A sign of the times, they also arranged to get their first vaccine jab together, each getting a Pfizer shot in the arm.

"This is a once-in-a-hundred-year event obviously," Jones said. "So anything that's going to get us back to normal, I was excited about."

Volobuev and Jones are scheduled for second doses in a couple of weeks, moving the couple into the "fully vaccinated" category.