'It feels like a sense of accomplishment': Mercy Hospital staff begin second round of COVID-19 vaccinations 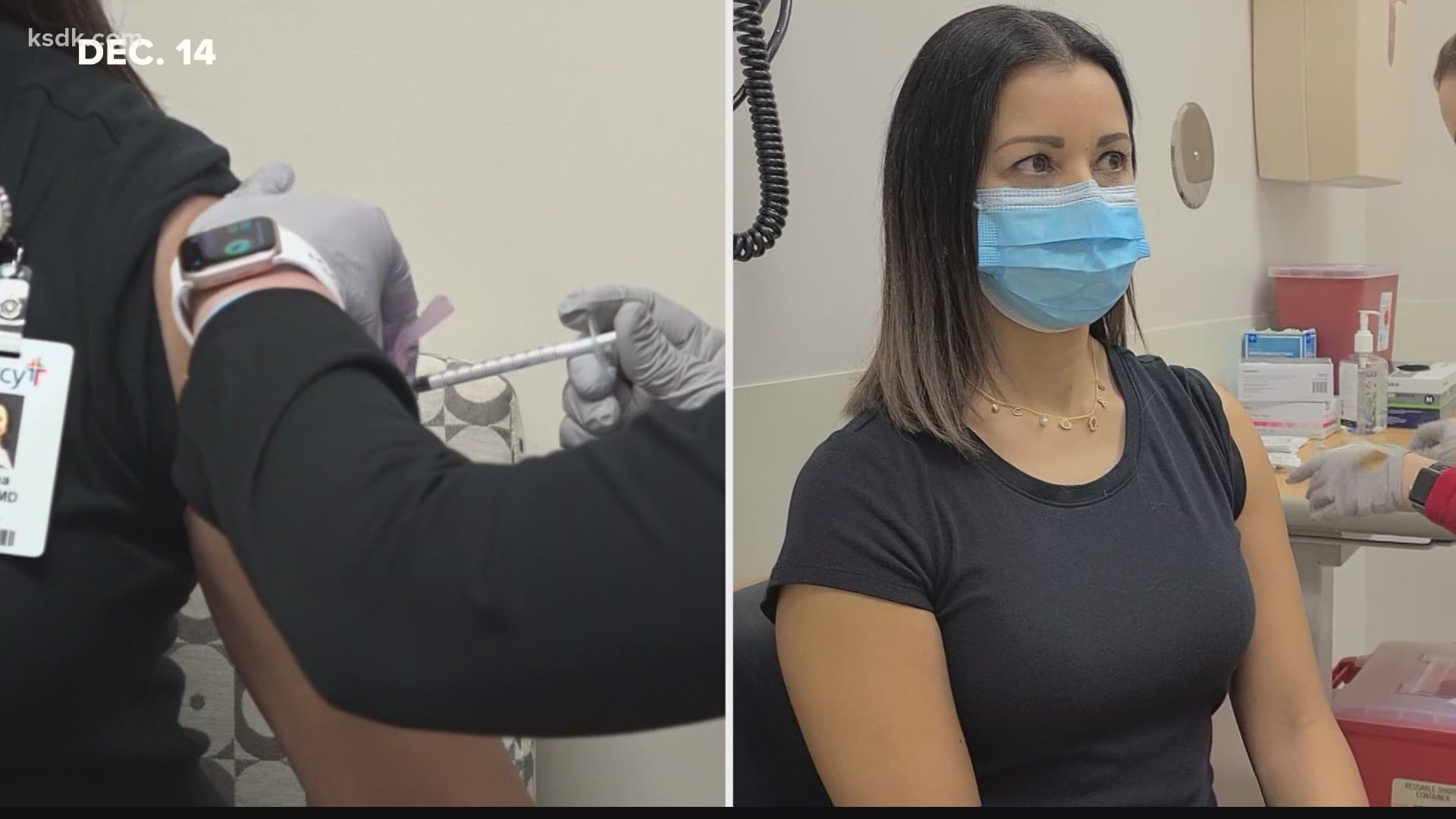 ST. LOUIS — It's been exactly three weeks since Dr. Aamina Akhtar got one of the first doses of the Pfizer COVID-19 vaccine at Mercy Hospital South as about a dozen of her co-workers cheered her on through a glass window.

On the first Monday of 2021, Dr. Akhtar and dozens of her co-workers who received the first shot around the same time got the second and final dose.

"You know, it feels like a sense of accomplishment," Dr. Akhtar said. "You’re on this path where you get this one, and you’re on the road but not done because you've got to get the second one. Now, it's just a matter of my body building up immunity, and it feels good. You can check it off the list of things you've done."

Dr. Akhtar, an infectious disease specialist and the chief medical officer at Mercy South, said it will take a couple of weeks for her body to build immunity. Once it does, data showed the vaccine is 95% effective.

"It's reassuring, but it's not 100%," Dr. Akhtar said. "So, I will continue to wear my mask, continue social distancing and wash my hands until we have a level of immunity in the whole community that finally say it's OK for us to maybe stop some of these things."

A spokesperson with Mercy said that "dozens" of staff members received the second dose on Monday.

Mercy South reached the 2,000 mark for the first round of shots early last week, and is able to distribute about 400 doses per day.

Mercy's spokesperson said he is certain even more doses were given at Mercy St. Louis, and that doses are also going out at Mercy locations in Jefferson, Washington and Lincoln Counties.

As second doses begin to go out, hospital systems around the country have different ideas about the best use of resources when it comes to deciding whether or not to hold off on expanding first doses in order to make sure there are enough to give second doses within the necessary time frame.

"We have had supplies come in, several supplies," Dr. Akhtar said. "So, we have continued to vaccinate all our employees with the first dosage. Right now, the adage is not to save the vaccine for the second dose because we anticipate more supplies coming in. So, we vaccinate as many we can and encouraging vaccine.”

As hope continues to spread with more people getting vaccine shots every day, there has also been a looming concern about a potential post-holiday surge in COVID cases, hospitalizations and deaths.

Dr. Akhtar said, while the nation saw a post-Thanksgiving surge, the St. Louis area did not see case numbers impacted as much as medical leaders feared they would.

"I think that's a huge credit and 'thank you' to the community," Dr. Akhtar said. "People did stand up. There were multiple counties that did not have a mask ordinance that before that started it, and all of it did make a difference."

As for an impact following December and the arrival of the new year, she said we will have to wait and see.

"The difficulty is, whatever exposure we had, we can’t change that," Dr. Akhtar said. "So, in the next two or three weeks we’ll see what type of impact that has, but we do know everything we do today will continue to improve it.”

In the meantime, she said the numbers are still high and there are some hospitals in our area are 10-20 patients away from being at capacity, so the community needs to remain vigilant.

"The vaccine is definitely going to help, but it's a long-term solution," Dr. Akhtar said.

While the only side-effect of the first dose of the vaccine she experienced was a bit of soreness for less than 24 hours, Dr. Akhtar said she's seen a difference in her co-workers in the three weeks since the vaccine started rolling out.

“Co-workers who were fighting this pandemic, who were fatigued…they were looking for some kind of gamechanger and they’re getting it," Dr. Akhtar said. "They’re able to take control of a situation that, for the most part, they haven’t had any control of.” 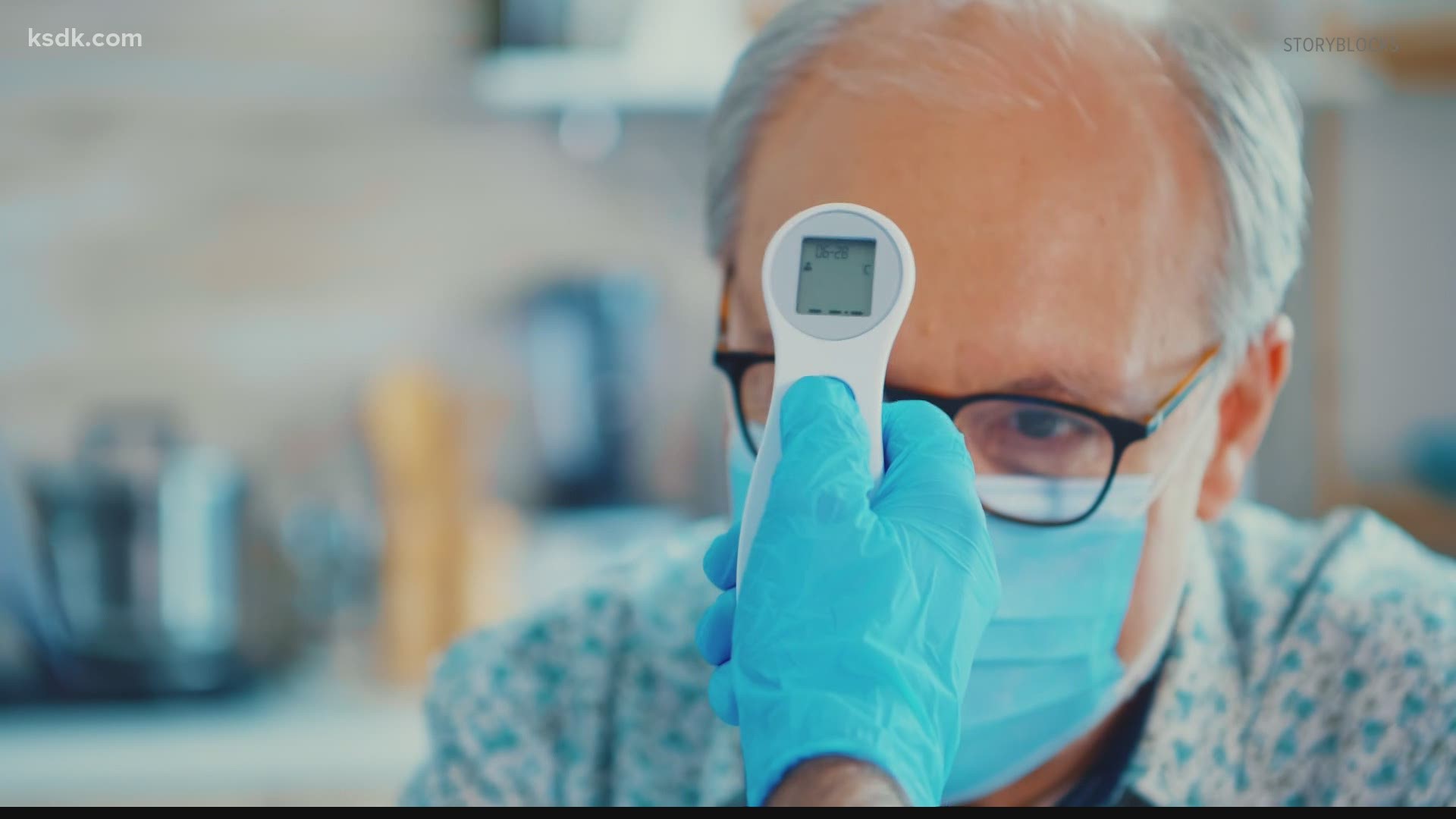