The state's vaccine dashboard shows about 13% of white Missourians have gotten a shot, but that number falls to 5% for Black and African-American residents 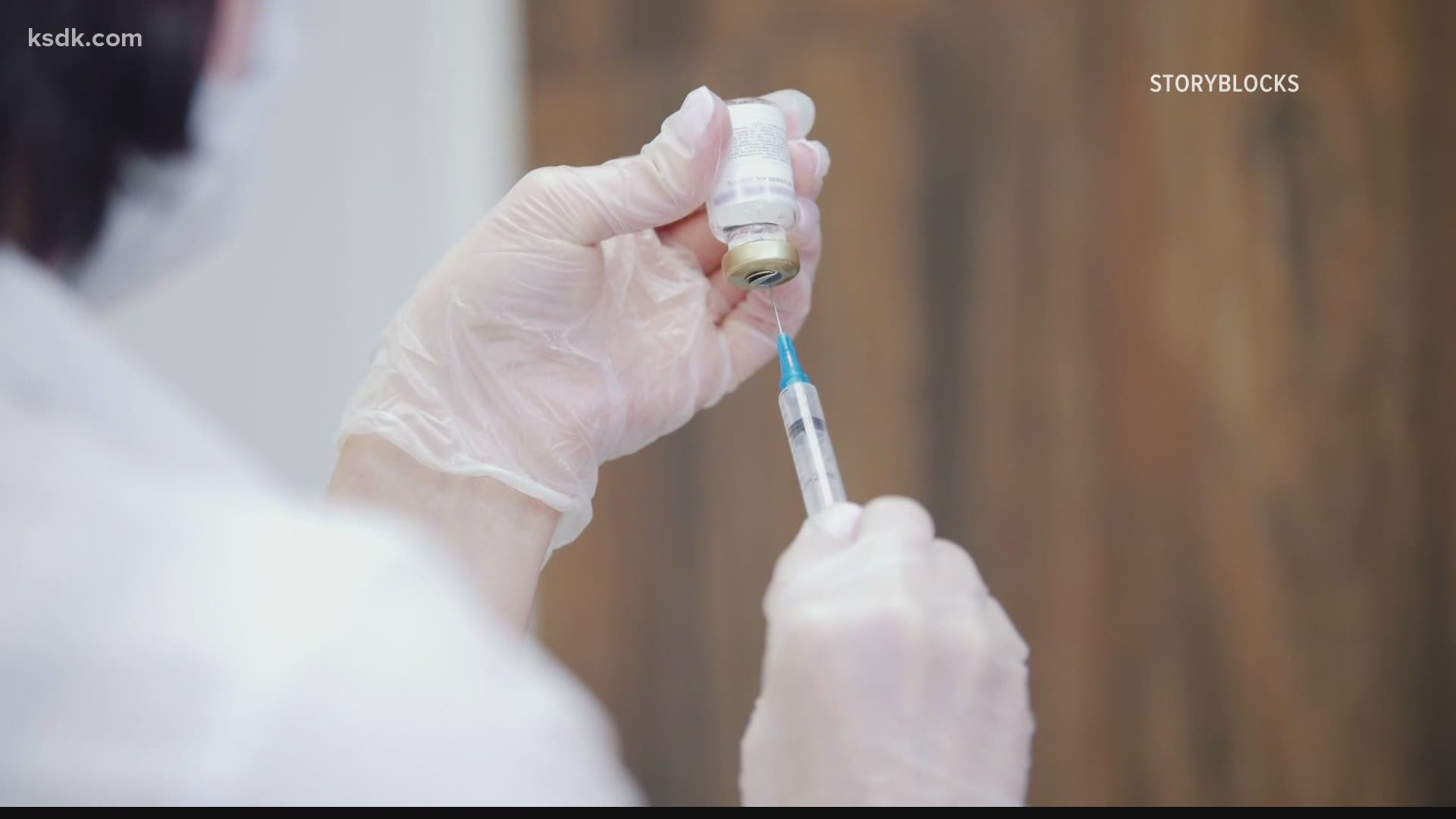 "We were pretty overwhelmed. We just couldn't believe it was happening right here at our door. All [residents] had to do was come off the elevator," Billie Johnson said.

Johnson, who works in social services at the facility, says more than 90% of their residents got the vaccine during the National Guard clinic, saying "it meant everything because they don't have transportation to get out."

The clinic was a partnership with the Urban League and James Clark says their existing relationships likely put some patients' potential hesitancy at ease.

"When this pandemic hit, we knew that we had to be able to rely on our credibility," Clark said.

The state's vaccine dashboard shows about 13% of white Missourians have gotten a shot, but that number falls to 5% for the state's Black and African-American residents.

Finding an appointment is often the hardest part. Johnson said several of their residents had signed up for various area registries before the National Guard clinic, though none had any luck.

"We rise and fall together," Heather Fleming said of the vaccine disparities that caused her to start a vaccine-related Facebook group.

Fleming the Missouri Vaccine Equity Group when she saw conversations about race, access, and equity being deleted -- and posters being blocked -- in another group.

The equity group tries to connect people with appointments but also arranges transportation or collects funds for travel.

"It feels good," she said of the success stories often posted after members get a vaccine. "It feels like this is what community is about. It's about us taking care of one another."

Fleming says she is well aware of the data showing continuing disparity, and she will not close down the Facebook group until their work is complete.

"Our mission really is to make sure that everyone that wants to get the vaccine has access to it and is able to get one, so I won't I won't turn it off until we've accomplished that," she said.