Mixed emotions on Biden's vaccine mandate as it impacts 3,700 employers in Missouri

President Biden is asking employers with more than 100 employees to get vaccinated or submit regular testing for the virus. 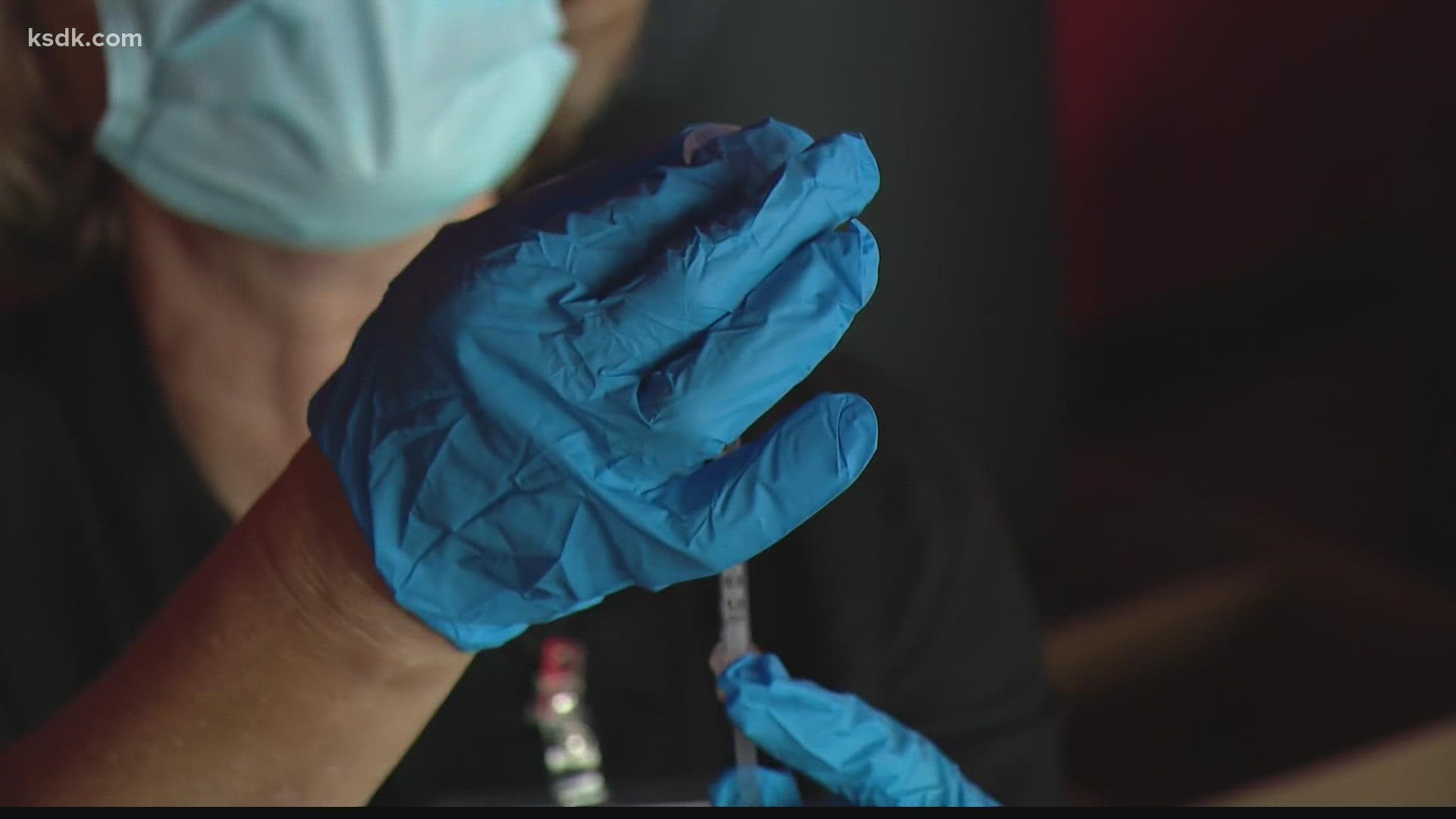 President Biden is asking employers with more than 100 employees to get vaccinated or submit regular testing for COVID-19.

The Occupational Safety and Health Administration, known as OSHA, is in charge of formulating and enforcing the mandate. Employers are waiting for their lead to see how this will work out, such as Club Fitness.

Eric Schreimann is the President and CEO of Club Fitness. The locally owned and operated gym has 19 clubs.

"We have over 600 employees in the St. Louis metro market, so there's going to be planning and administration processes, but we've already begun to prepare for that. When this announcement was made we began immediately to start thinking what that action plan and game plan would be," Schreimann said.

Club Fitness partnered up with St. Louis County more than a year ago, pushing for safety.

It even hosted its second vaccine event Monday and offering raffle and cash incentives.

"Right now, the approach is to educate and to promote and provide options who choose to get vaccinated," he added.

He's advocating for hometown grocers to follow this ruling.

"We have lost a handful of my members in St. Louis and it is heartbreaking when there is today a safe scientifically proven vaccine," he explains. "I will work with my employers to see how this OSHA rule will apply as other OSHA rules do. If they are saying this is a precaution that should be taken to make workers safe and yes, I am going to rule in favor of science and follow OSHA's guidelines."

Hundreds of UFCW members across the country, including some right here in Missouri, have died from COVID. They were frontline workers and they were killed by a pandemic. Get your damn vaccine.

Not everyone though is on the same page.

The Missouri Chamber of Commerce is opposed to the President Biden's mandate.

Dan Mehan is the President and CEO of Missouri Chamber of Commerce and Industries.

He explains, "We have a long standing view not mandating businesses on how to conduct their business." He raised several questions like how will it be enforced, who would monitor this, and who will pay for the COVID-19 testing option.

"I have one manufacturer respond to this saying, 'Oh great, it's hard enough to find employees. Now this makes it that much worse.'," Mehan said.

"Once it is filed, I'm confident that we're going to see Attorney General Eric Schmitt attacking this on a constitutional basis," Schroer says.

I call on Missouri Attorney General @Eric_Schmitt to file suit seeking to invalidate this ridiculous and unlawful government overreach of @JoeBiden at the earliest opportunity. pic.twitter.com/45NcFjqSPk

State Senator Bob Onder (R) also released this statement to 5 On Your Side:

“No one should be deprived of his right to work, travel, go out in public or attend school because of his personal health decisions. In light of aggressive federal overreach, it is time for us to act to protect privacy and personal freedom of all Missourians.”

Joe Biden doesn’t have the legal authority to force COVID vaccines on millions of Americans.

His proposal is unlawful and historic in its overreach.

See you in court. https://t.co/AZ2ICrFuhs

The White House did not immediately say when this would take effect, but they did say, workers would have enough time to get vaccinated.