When will Missouri reach herd immunity? The state's top doctor weighs in 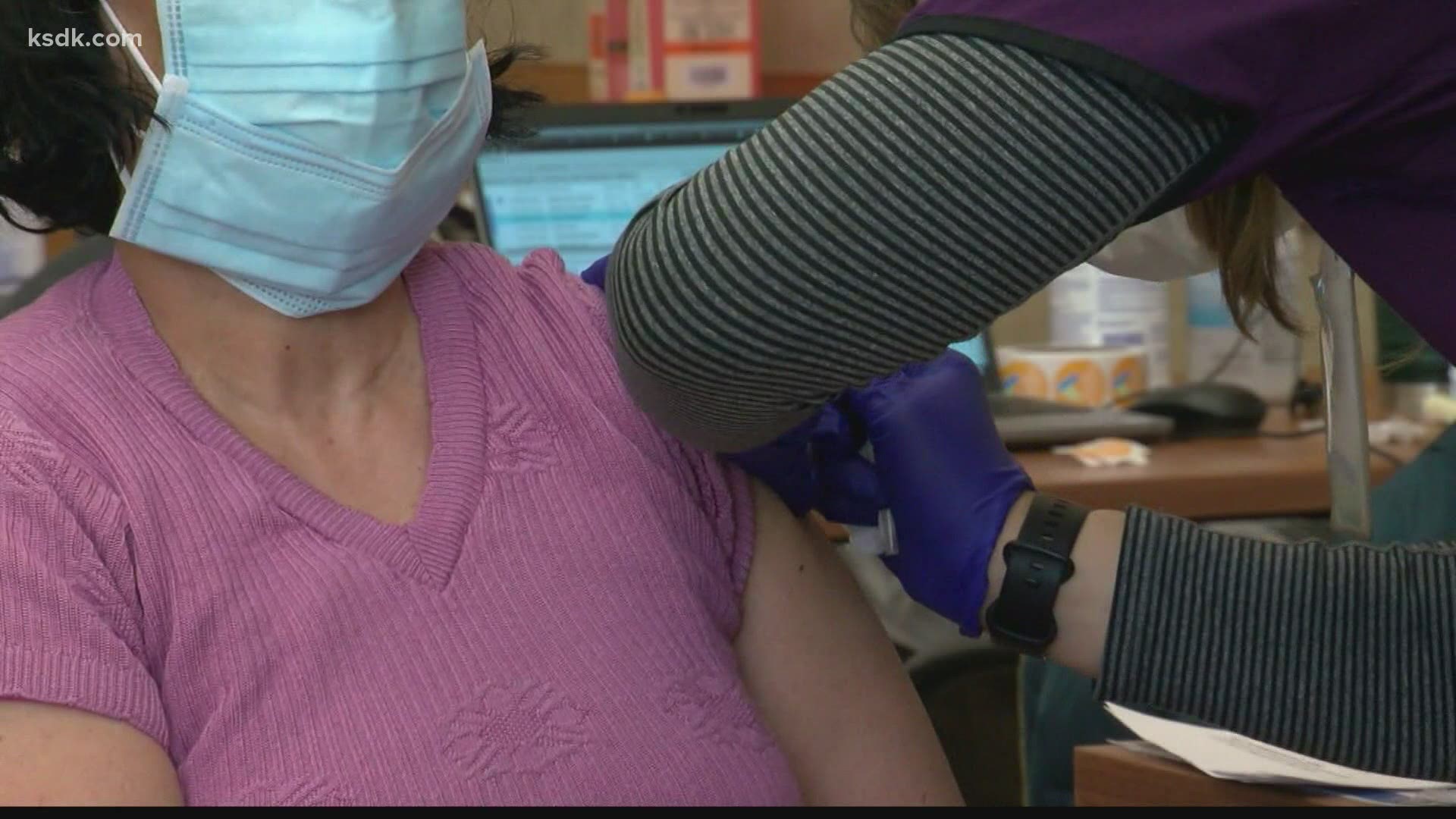 ST. LOUIS — Missouri’s Director of Health and Senior Services said he is a hopeful optimist about the COVID-19 vaccine rollout - despite earlier reports that the state comes in last place for distribution.

Dr. Randall Williams said a change at the national level will help.

“I think I think the genesis of what we've done this week is the federal government, listening, said, ‘OK, we get it. You want predictability.’”

That’s why the state is beginning a new distribution process that Williams said is possible with more information.

In the past, the state would hear from Washington about how many shots are headed to Missouri on a weekly basis. Now, the state will have commitments for a few weeks out, which Williams said will help vaccinator locations prepare, and keep allotments consistent.

In the new plan, 53% of the state’s 85,000 weekly vaccines will go to hospitals and health care systems best positioned to get shots in arms quickly; 23% will go to Missouri National Guard for their nine weekly mass vaccination sites, Williams said.

“Every week in the nine regions of the state, in each region, we do about 2,000 in a single day. So that's about 76% of our vaccine that we've committed,” said Williams. “The other 24%, we do sit down and try to fill the gaps with our agencies, our other hospitals, our health departments, and the other seven hundred vaccinators who've requested vaccine.”

Dr. Williams said this new plan is more akin to a budget - one that should prevent the types of distribution hang-ups like in St. Louis County, where the health department didn’t receive new vaccine shipments for two weeks.

RELATED: St. Louis County says no COVID-19 vaccine from the state in 2 weeks

“As I've always said, the rate-limiting step to ease that frustration would be if we had 3 million doses of vaccine. We have a platform to give it,” he said. “It's simply a supply chain issue.”

Dr. Williams said when it comes to the St. Louis area, people should expect to get their vaccine from a variety of distributors, including health departments, hospitals, and local pharmacies.

When asked why the vaccines weren’t more targeted toward the hardest-hit areas like St. Louis County and St. Louis, Dr. Williams said the health department is striving for proportional rates of vaccination across the state. As of Thursday evening, the state’s rate of vaccination was 7.4% of the population, according to the Missouri COVID-19 Dashboard. In St. Louis City, the rate was 6%, and in St. Louis County, the rate was 7%.

Based on the current rate of COVID-19 transmission, the state's goal of vaccinating around 20,000 people per day, and anticipating two additional COVID-19 vaccines to be approved sometime this spring, Dr. Williams said he believes Missouri will reach herd immunity status this June.

Is that fast enough?

"Based on what we know now, yes," said Dr. Williams, noting that he continues to watch for complicating factors, like the COVID-19 variants first reported in the UK and South Africa.

Currently, pre-registration is open through individual health departments and hospitals. The state will launch the "Missouri Vaccine Navigator" in the coming weeks to centralize vaccine availability on one site.

“I think people are better at waiting if they know that there is a system in place at which they at least know where to go. But I think what's frustrating to people is this sense that I'm waiting and I have this nagging feeling that if I just knew where to go, I wouldn't have to wait,” said Dr. Williams.

“We are doubling down on everything we can to give some predictability to it. And so that people at least know that, yes, I can understand there's only 84,000 [shots] and 3 million people [who qualify], but I can kind of see where I fit in. And I have a reasonable anticipation that I will be able to know where to go to get it and get it in the next three weeks or four weeks."