Where St. Louis region stands on its herd immunity goal 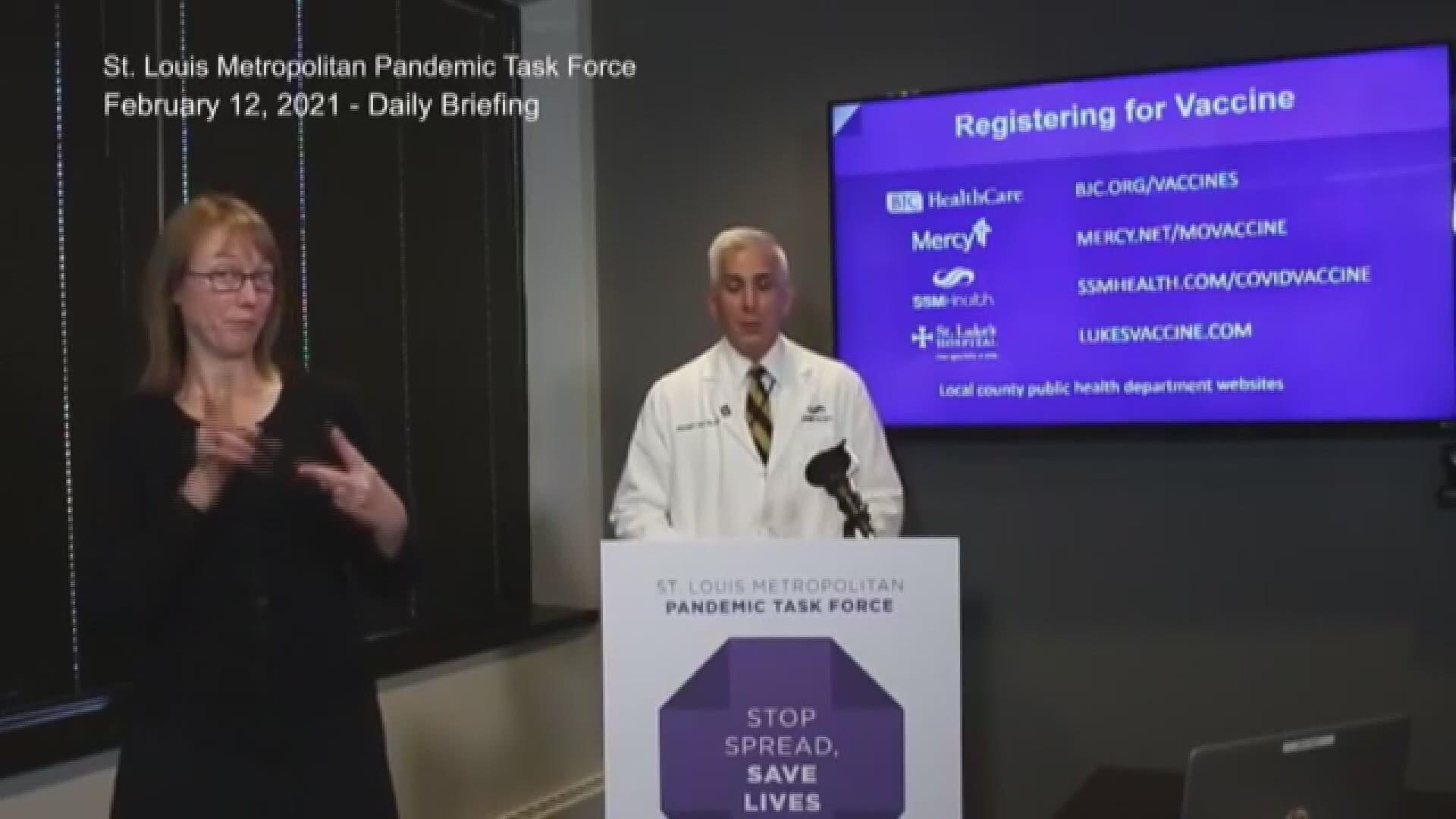 That was the goal set by the head of the St. Louis Metropolitan Pandemic Task Force back in late March 2021, considering how many people were getting vaccinated every day at the time.

“Unfortunately that didn't work out,” reflected Dr. Alex Garza as we begin July with about 50% of St. Louis area adults fully vaccinated. To be at herd immunity, the task force had set the mark at 75%.

“What it means is we're not going to be out of the pandemic for a while,” he said.

The vaccination rate in the area has slowed dramatically since the prediction in March. Dr. Garza said he hopes it picks up again in the coming months with younger children becoming eligible and the emergency use authorizations becoming full FDA licensures. He added that he expects the slow-down came after most people who really wanted a shot, got one.

"Once you got past that, then it slowed down considerably," he said. "Now you're trying to properly message and develop programs to reach a lot of different audiences, so it's a little bit more challenging now.”

Damon Broaddus is St. Louis County's Director of Health Promotion and one of the people working on those programs.

“Increasing access, going straight to where people live, work, play and pray is the best option,” he said.

He said it’s a misconception to think that the vaccine being “widely available” means it’s easily accessible for a lot of people, for whom a clinic trip requires a long bus ride or even a day off work.

The other issue he said they’re working to tackle every day is vaccine misinformation, hoping to combat confusion with conversation.

“That's what we've been focusing on, you know, a canvasing strategy where we go door to door and we share information and working with trusted partners to communicate that no, this is not over, we are still in a pandemic and still facing a life-threatening situation.”

It’s a threat both Broaddus and Garza said is made more serious by the threat of the delta variant.

“It feels like we're back to normal now, but we see all those hot spots cropping up in parts of our state, the southwest, the north central parts,” he said.

That’s one of the most important reasons why, though we're behind schedule, Garza said it's important to show up when you can to get the shot.

“We continue to vaccinate people every day,” he said. “Maybe not at the pace that we would like, but certainly we are.”