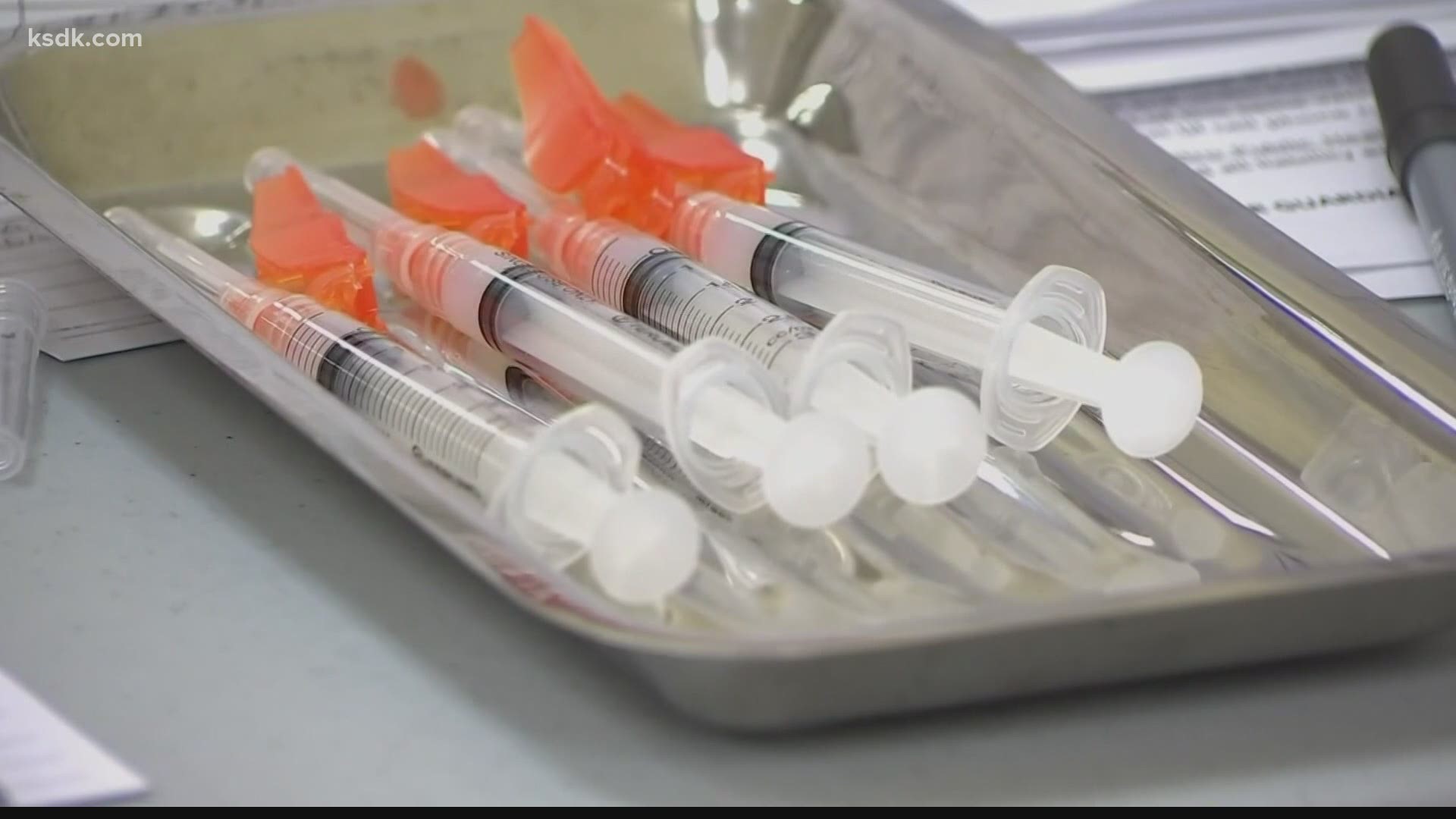 That's how the head of the St. Louis Metropolitan Pandemic Task Force is describing the vaccine distribution process.

Missouri has about 6.1 million people and 3.2 million are in the priority population for the COVID-19 vaccine.

Dr. Alex Garza said 423,000 doses were reserved for the Show Me State.

"It’s a small amount of vaccine to cover a large population," he said during the task force press conference on Friday.

In Missouri, some health departments have received vaccine shipments, while others have none.

For St. Louis County Public Health, they got 975 doses, hoping to receive larger quantities on Tuesday.

A spokesperson for Pike County Health Department says they were approved to get distribution, but the timeline for that is still unknown.

For Lincoln County, the health department's administrator Brett Siefert says, "We've requested enough to get us through that initial demand. For our county, that is several thousand people at least."

The state is in charge of who gets what.

Dr. Garza says he's not in the decision making process. But he believes the distribution disparity can be based on several factors.

"I understand there’s a lot of moving parts on the state side. We're excited and ready to get this rolled out," Siefert added.

Keep in mind, this is based on the amount of vaccines going to health departments.

Vaccines are going to hospitals and health systems, as well as nursing homes. The state or federal government is working directly with them.

A spokesperson for the governor's office said Missouri’s ability to fill vaccine order requests is completely dependent on vaccine supply.

We have not heard back from the state's department of health on the reason for the different distribution strategies among Missouri's health departments.

For Illinois, Phase 1A is on track to be completed next week, with the entire state moving to Phase 1B Monday.

In the next several weeks, the state is launching hundreds of new vaccination sites, involving the national guard.

One team has already partnered with St. Clair Health Department in the Metro East.

Governor Pritzker agrees with the access to supplies though, "Vaccine supplies are just really limited. Illinois has received 704,125 doses since the nationwide rollout. That’s less than 200,000 doses per week in a state of 12.7 million people. Announcements from the incoming administration have given me hope that we will see increase deliveries soon."