"I think it's more of the mentality of, 'I'll get it when I get time.' Well, we need people to go out and get it now so we can get this thing over with." 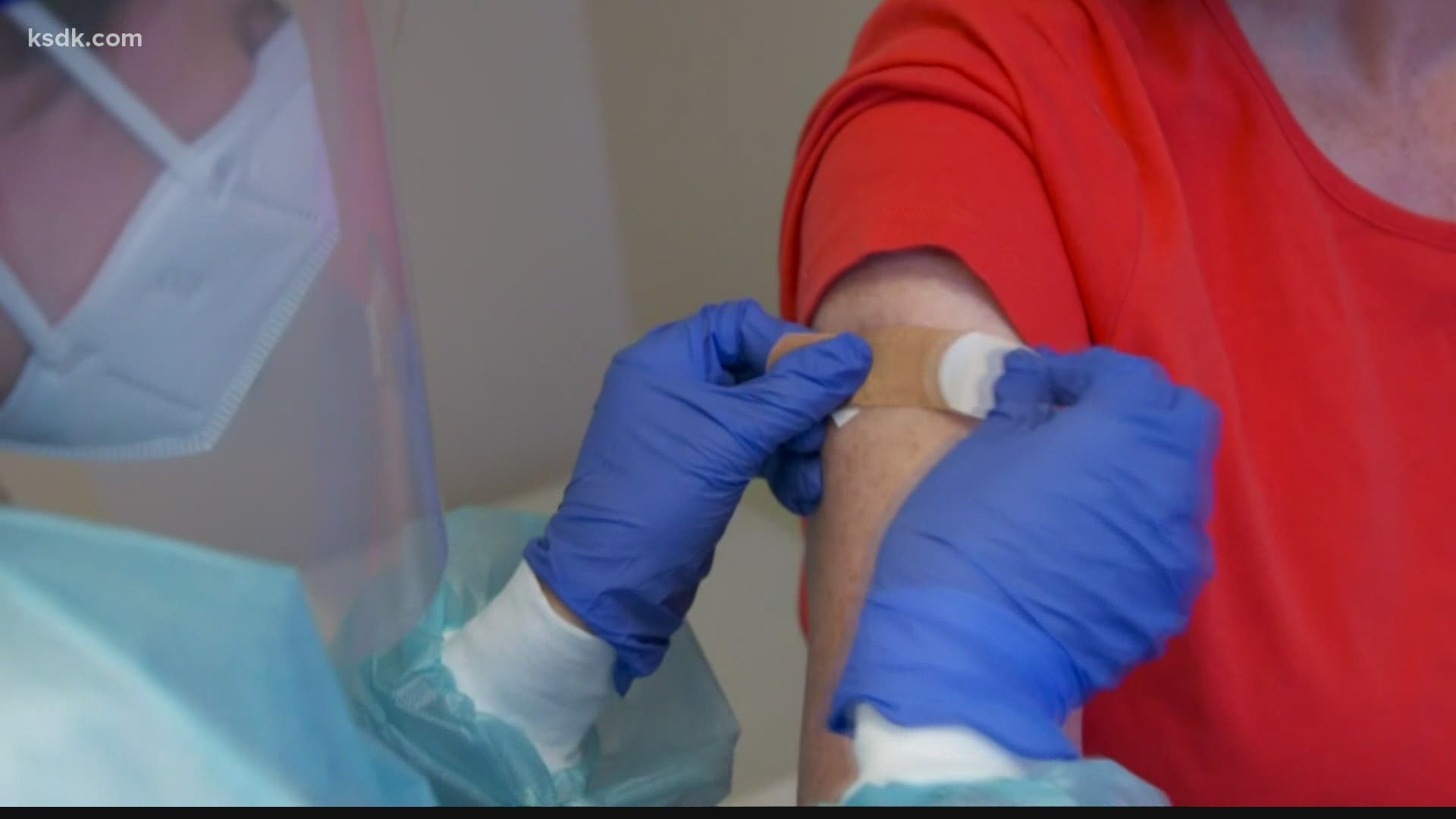 ST. CLAIR COUNTY, Ill — Starting Monday, every single person, 16 and older, is eligible to get the COVID-19 vaccine in Illinois.

This follows Missouri, which opened things up last week to the same age group.

But on Monday morning, cars trickled in at the Belle-Clair Fairgrounds.

The lack of lines is a rare sight.

St. Clair County, though, has opened up eligibility for its area about three weeks ago on March 26.

The state gave it permission since it had the capacity in its mass vaccination sites.

On average, about 1,700 doses a day are administered at that vaccination site.

"We've got a slow day there today. I think it's a combination. There's a percentage of the population out there uncertain. But just really, I think that's part of it — some haven't made their mind up yet," Simmons says.

Over in Monroe County, the health department administrator, John Wagner, was frustrated in the beginning with the lack in supply.

At first, the department was getting 400 vaccines weekly. That number has bumped up to 600 to 1,000 vaccines a week.

Vaccine shipment increased, but that frustration has shifted.

"The urgency has kind of left," Wagner says. "The supply seems to be going good, we can always use more ... what we need is more demand. I think some of the mentality is you know, well, 'If I get it, I'm just going to get sick.'"

In the beginning, those at risk eagerly searched for a shot.

Now, we move into a younger age group, and some may not want it.

"I think, it's more of the mentality of, 'I'll get it when I get time.' Well, we need people to go out and get it now so we can get this thing over with," Wagner says.

Simmons says he's ready for immunity to speed up.

But for now, he's not worried about the slow days, because every person coming through is just one more person driving us toward a new normal.

"Everybody that shows up down there and gets a needle in their arm is one more step closer to the end of our mission," he adds.

To target high schoolers, the Monroe County Health Department is hosting a vaccination event Thursday prior to graduations commencing soon.

It will be at the Monroe County Fairgrounds from 4 p.m. to 7 p.m.